One household in Kansas City, Missouri, has taken landscaping to the extreme.

When discussing drought-tolerant landscapes, it’s one thing to talk about native plants, artificial lawns and lawn replacements. However, it’s another to turn an entire yard into a box of sand.

That’s right. One woman has turned her entire yard into the “sand lot,” according to CW39.

After contractors went in and tore up the yard, she decided she was done with mowing and watering for good. Instead, she dumped 80 tons of sand down.

I don’t know see many HOAs approving this in the future, but according to the owner, because the sand is being used for landscaping, it doesn’t violate any codes.

As far as an act of landscaping, I’m not sure this makes the cut (pun very much intended). Don’t get me wrong. I’m all about a nice beach and some soft sand. However, a lot of sand isn’t worth much without a nice ocean near by.

We have written about a lot of goats taking on more and more landscaping jobs. To be honest, this isn’t that far from goats. Landscapers, don’t let homeowners turn yards into boxes of sand. 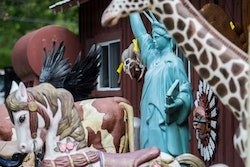 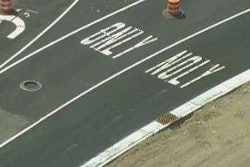 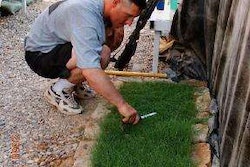 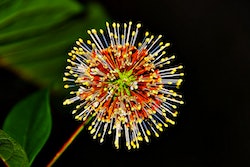