What isn’t readily apparent is just how much room it has in the back and how much fun it is to drive.

A cargo van fun to drive?

Taken in context that the bright white 2015 Ram ProMaster City I am testing is the “Tradesman SLT Cargo with rear and side windows,” yes, the quick-acclerating, nimble-handling van is fun and would make long days schlepping cargo from here to there and back less tedious than driving a cargo van of old.

The 2015 Ram ProMaster City is Ram’s newest addition to its commercial vehicle lineup, and contributes to the expanding, purpose-built, van segment with a number of best-in-class, functional elements tied directly to commercial customer demand.

I don’t doubt those claims. I’ve run it through a tight slalom course, driven it more than 600 miles on city, highway and country roads, hauled cargo in it and towed a zero-turn mower around town. The ProMaster City exceeded my expectations on all fronts.

Ram Truck cites its relationship with Europe’s Fiat Professional, one of the largest producers of commercial vehicles in the world, as the key to the ProMaster City’s performance.

Based on the successful Fiat Doblo, a two-time International Van of the Year winner with more than 1.3 million units sold, the Ram ProMaster City has been Americanized with Ram Truck design elements and offer features, systems and powertrains preferred by North American customers.

The two-seat Tradesman I’m driving does a good job isolating noise and protecting the driver and passenger cabin from the cargo box area with a solid wall.

The steel unibody design of this van keeps the overall weight down while maximizing load carrying capacity. Ram specs shows it can haul 1,883 pounds on its short 122.4-inch wheelbase.

The seats are basic, yet comfortable despite very little room to tilt the seatbacks. The interior trim is just upscale enough to keep outside road and wind noise abated, while the navigation system and radio provide enough functions to perform work duties with ease.

The front-wheel-driven ProMaster City also rides better than I anticipated. The steering is light and quick, so it maneuvers well in tight areas.

Ride quality is better than most vans, cargo or otherwise.

Unlike cargo vans that use leaf springs in the rear, the City rides on independent, coil-sprung bi-link rear suspension, which really does a good job absorbing bumps, potholes, and other uneven road surfaces.

The power delivery from the 178-horsepower I-4 Tigershark, mated to the new nine-speed automatic, is also surprising. It doesn’t take much throttle to roll into traffic or pull a grade even when loaded. The gear splits are crisp and near-perfect.

Initial performance numbers show this little cargo van can zip to 60 mph in less than 9.8 seconds and 0-30mph in under four. It’s no Ram 1500 Hemi, but it’s still impressive.

And while the little 2.4-liter has to be wound way up in high the rpm range to take full advantage of those ponies, it still gets very good fuel economy when you are in normal driving mode.

During my road test I’m seeing consistent highway fuel economy in the 28 mpg range and low 20s around town with a light load.

I also had time to use the cargo area. I found the side panels are upfitter-friendly and simplify the attachment of shelves or storage racks for specialized commercial use.

Access to cargo is one of the best in this size van. The rear has 60/40 split-swing doors, making it easy to quickly access larger cargo items and not block the path to the curbside of the van.

Both rear doors initially swing open 90 degrees, and – for dock loading – can swing to 180 degrees with a simple press of a release button on the door latch. The latch automatically re-engages when the door is closed.

Whether the job is delivering packages, organizing and hauling the tools of a professional tradesman, or taking a sport quad out for a day of play, the ProMaster City van is designed and engineered to tackle those tasks and more while delivering versatile functionality, durability and superior ride and handling.

Ram also offers the ProMaster City in a five-seat passenger Wagon for those thinking this might be a good fit for the family. 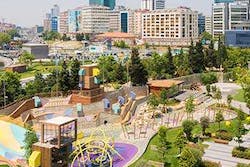 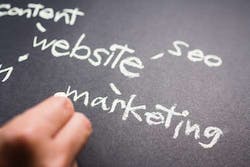 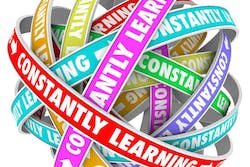 3 reasons online education is a perfect fit for landscapers 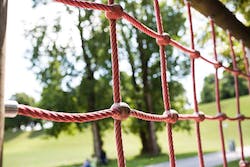