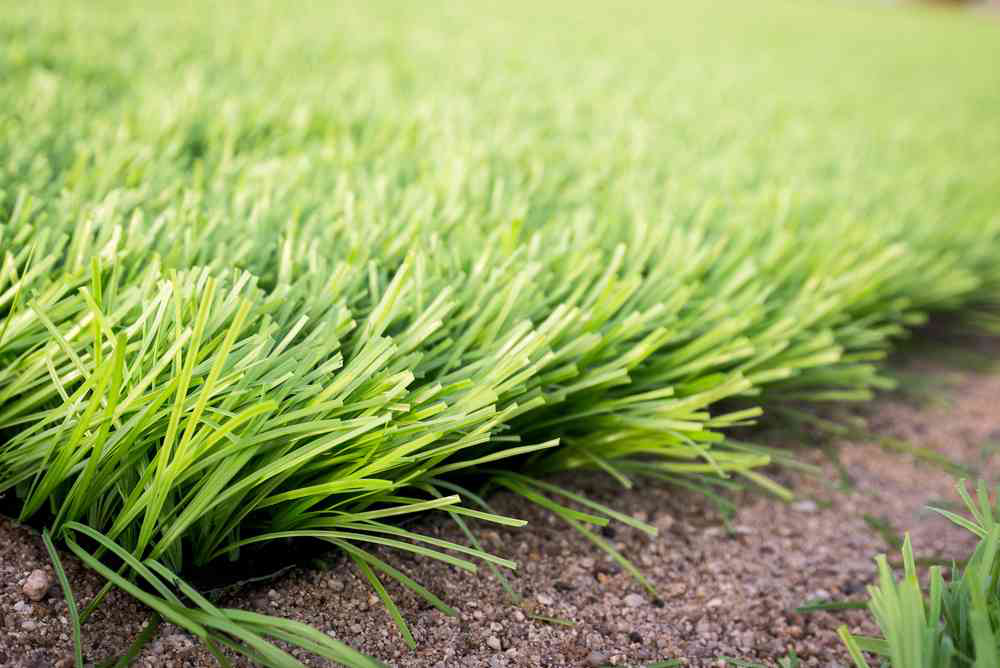 With spring upon us and the hope of warmer weather on the minds of your customers, it may be time to start discussing design ideas and upcoming projects.

One concept your customers might ask about is the growing popularity of artificial turf. Total Landscape Care talked with experts from the Synthetic Turf Council to give an update on the synthetic turf industry, what benefits they see this type of turf yielding and where they believe it’s going in the next few years.

If you find clients desiring more information on the topic, or you have already had some asking about it, take a look at what the experts say artificial turf can do when installed in a landscape.

While some customers may still be on the fence when it comes to artificial turf, those in the industry believe it to be one of the best investments when it comes to having, using and maintaining a beautiful and functioning landscape.

Dan Bond, president and CEO of the Synthetic Turf Council, says that last year proved to be another banner year for the synthetic turf industry.

“Overall, we’re seeing double-digit growth for installation for the landscape,” Bond said. “We have many numbers out there but one of the things that we can accurately say is that the landscape side is growing substantially.”

With such a large portion of the nation being affected by drought, Bond says it’s easy to see why synthetic turf would be popular and continue to gain popularity over the years.

Bond says some of the benefits of artificial turf include higher water savings, fewer emissions from lawn mowers (offering a greener alternative), reducing your customer’s carbon footprint, allowing pet owners to have less mud and mess in their landscape and less of a pest presence in the landscape.

Bond says that the task of mowing a lawn isn’t necessarily a practice that’s looked forward to by the large majority of people. This factor in itself, Bond says, is one of the main reasons he believes synthetic turf has continued to gain and maintain popularity.

“You’re talking about something that takes minimal care,” Bond said. “You have the upfront costs of purchasing and installing, but after that, it’s very low maintenance.”

Bond says that pet owners, in particular, can find great benefits in having a synthetic lawn, as it would allow them to keep the look of a natural lawn with the ease of cleaning up after pets built in. From the standpoint of how the lawn looks, Bond says synthetic lawns still look just as beautiful as natural lawns but don’t come with the same headaches, such as dealing with insects and other pests.

“If you have any type of insect that comes in or an invasive species, for natural grass that’s going to take not just time and resources; it’s not going to look as nice,” Bond said.

Bond mentions that the longevity of artificial turf is also an excellent selling point. Where sports fields and areas like that may only have a lifespan of eight to 10 years, he says areas like lawns can potentially last 15 years or more, depending on foot traffic.

A main focus in the industry at the moment, according to Bond, is the focus on artificial turf’s heat retention properties.

“We’re constantly developing new technology to keep the temperature of the turf itself and right above it as well down to a minimum,” Bond said.

Bond says that artificial turf can also prove to be beneficial for customers who have the tendency to change their minds on landscape design after a year or two. Installation is simple, Bond says, and the ability to change up the turf is also simplistic.

“The way that a synthetic turf system works is you have multiple layers underneath the turf itself,” Bond said. “So, you have a base system. From there, you just put the turf on top of it after the multiple layers that your installer builds in, as well as the turf itself. So really if you have a proper installation that’s appropriate for the climate and what you’d like to get out of it, it’s very easy to take the turf up itself and put down new landscape turf.”

Bond says that pet owners find synthetic turf to be the most appropriate option when it comes to lawn design, and playgrounds have also proved to be a viable market for synthetic turf.

“Playgrounds that have recycled rubber as mats and ones that also have synthetic turf for the ground really provide a great opportunity to protect the kids, and they can play on it year-round,” Bond said. “If you have a playground with just grass underneath, you’d have to be replacing the grass in some of the high traffic areas.”

Bond adds that another popular place synthetic turf has appeared is on rooftops. In areas with warmer climates, Bond notes that buildings have the tendency to heat up immensely, and putting turf on the rooftops will help reflect some of the heat that would naturally be absorbed by the building. This helps lower air conditioning costs and also adds a nice green-like element to the building’s exterior.

Who likes it more?

As previously noted, the synthetic turf market has seen steady growth over the years and now it’s reached double-digit growth. This begs the question of who likes the product more: landscapers or consumers?

Bond says that this growth has been seen from all sides of the industry.

“We’re seeing an incredible amount of interest on the installer side to participate in the certification program that we just launched,” Bond said.

Bond notes that on the consumer side of the equation, he’s seen a spike in participation as well, especially in drought-prone areas. Since the call to be more environmentally savvy and green has pushed to the forefront of society recently, Bond says more consumers are working to be good stewards of the environment by installing artificial turf.

In 2014, reports surfaced from Amy Griffin, then the assistant head coach of women’s soccer at the University of Washington, that many of her current and former players had been diagnosed with cancer.

That year, Griffin compiled a list of players she knew who were diagnosed with cancer. This drew the attention of both the University of Washington School of Public Health and the Washington State Department of Health. According to CNN, in January of 2017, it was concluded that the turf was not the cause of the cancer.

Griffin told CNN that among the 53 players on her list, many of those diagnosed had blood cancers, including leukemia, non-Hodgkin’s lymphoma and Hodgkin’s lymphoma. She also reports that over 60 percent of the players were goalkeepers.

“As a scientist who is not a toxicologist, I don’t see any trends in existing data indicating any real significant issues with tire crumb or synthetic surfaces and cancer-causing agents,” Andrew McNitt, a professor of soil science and director of the Center for Sports Surface Research at Pennsylvania State University, told CNN. “But with that being said, no research is ever completely definitive. If there is a significant issue, we have a much bigger issue in this country than synthetic turf. Tires are constantly degrading in the environment near you. Whenever you are driving down the road, you are exposed to tire dust.”

For more than 20 years, Bond says the Synthetic Turf Council has sought to debunk these rumors and many more like it by conducting research and tests. Bond says that after the initial rumors surfaced in 2014, the Council compiled a list of approximately 95 peer review studies from the United States government, individual state governments and in Europe.

Through these studies, Bond says the Council has found there are no negative health effects for anyone playing on or installing these types of sports fields.

“We’re trying to educate consumers and lawmakers about how beneficial turf is, both on the sports field and the landscape side, and also how environmentally friendly it is,” Bond said.

Bond notes that the Environmental Protection Agency (EPA) has plans to release a peer review study later this year on the subject.

For more information on the studies performed by the Synthetic Turf Council, click here.