With 4,000 entries from 68 different countries, this year’s Comedy Wildlife Photography Awards were finally narrowed down to 40 finalists and one overall winner.

Taken in Botswana, the winning entry from Sarah Skinner shows a cub and adult lion ‘playing.’

“I am absolutely delighted to be awarded the title as Overall Winner in the Comedy Wildlife Photography Awards 2019,” says Skinner. “It certainly warms my heart to know that this image will spread some laughter and happiness around the world. I am happy to report that this lioness continues to thrive in the pride, having seen her again in October this year. I can only hope and encourage everyone, as a collective to each do our part in the conservation of all wildlife species so that future generations can enjoy them, in the same way that I have done during my career as a wildlife photographer. Long may lions walk the plains.”

Sarah’s image was also given the Creatures of the Land Award, sponsored by Alex Walker’s Serian, who donated the Overall Winner’s prize of a safari in the Masai Mara, Kenya. She also won a handmade trophy from the Wonder Workshop in Tanzania, a photography bag from THINK TANK and an iPad preloaded with the Affinity Photo’s software.

The Comedy Wildlife Photography Awards, founded by Paul Joynson-Hicks and Tom Sullam, is a global, online and free to enter photography competition, showcasing funny images of the earth’s most amazing wildlife.

The competition aims to highlight the message of wildlife conservation in an engaging and positive way, working with the main competition partner – The Born Free Foundation.

The Affinity Photo People’s Choice Award is voted for by the public and went to Harry Walker for his shot of a slightly bemused otter taken in Alaska. This image also won the Olympus Creatures Under the Water Award.

Other category winners included Vlado Pirsa’s colorful shot of some birds in Croatia, which won the Spectrum Photo Creatures of the Air Award, and Elaine Kruer was awarded the Amazing Internet Portfolio Award for a series of four images depicting cape squirrels in South Africa, seemingly on a journey courtship and love, culminating in a wedding.

Below are just a few of this year’s winners. To see the full list of winners, click here. 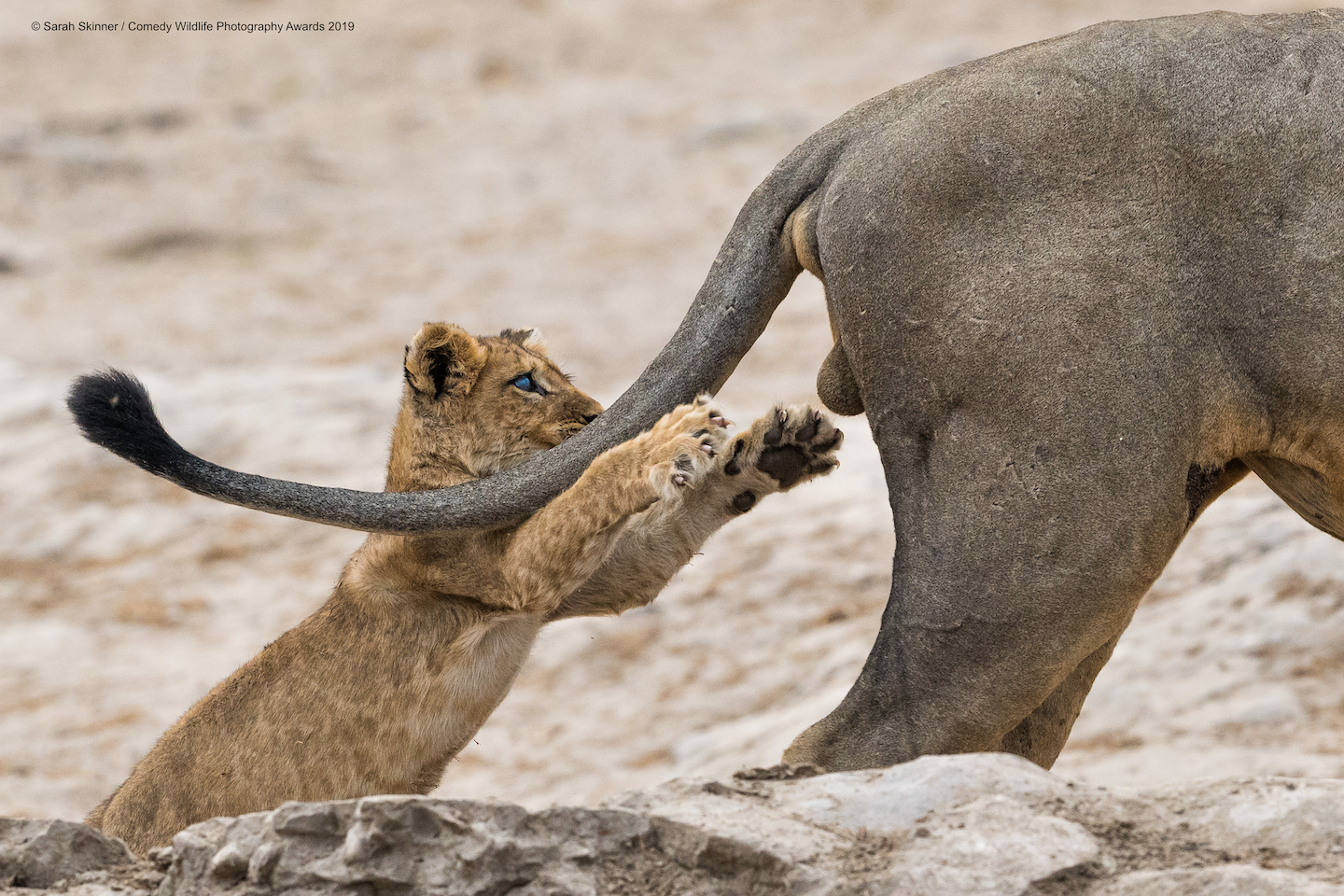 “Did I do that?”
Photo: Txema Garcia Laseca/The Comedy Wildlife Photography Awards 2019 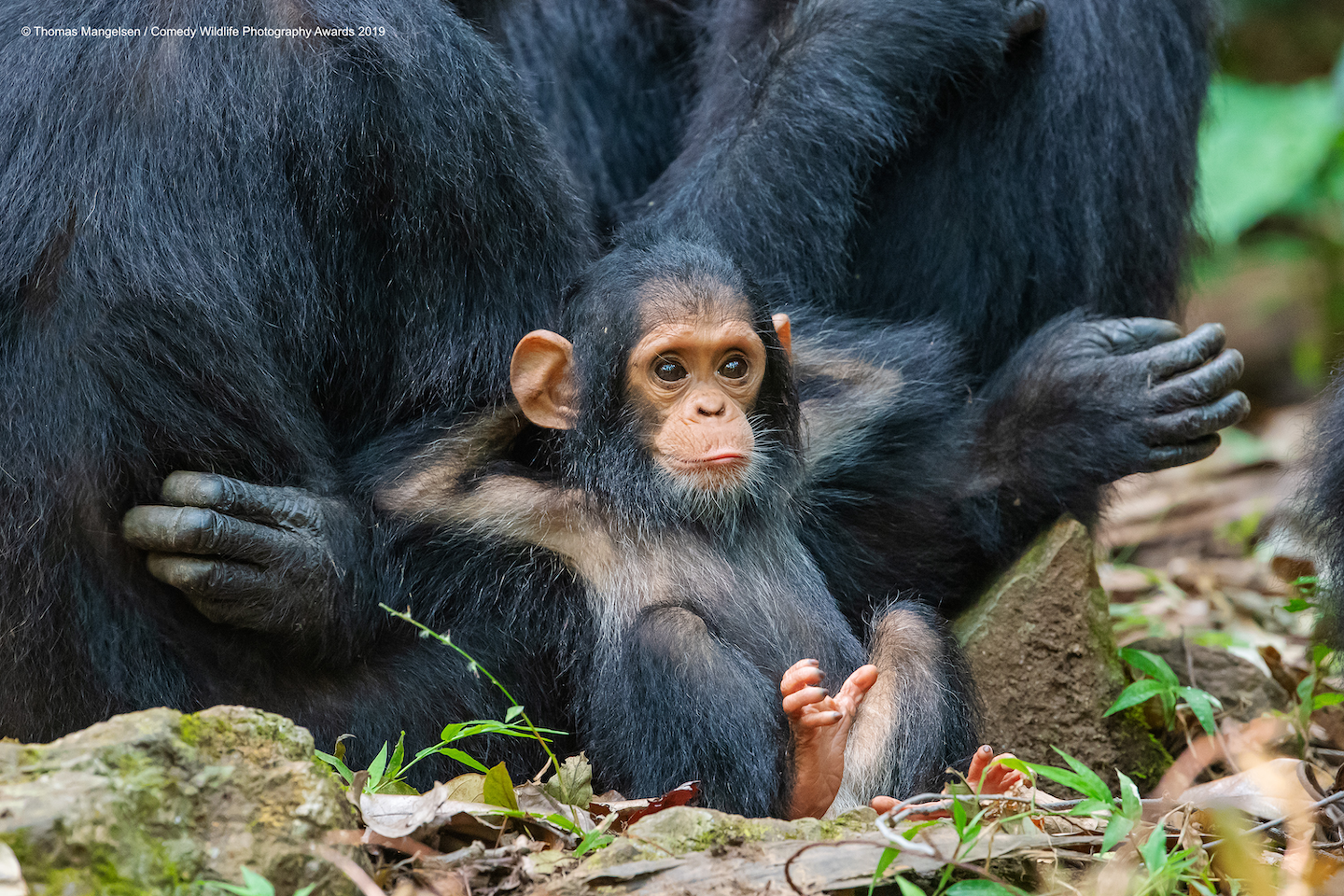 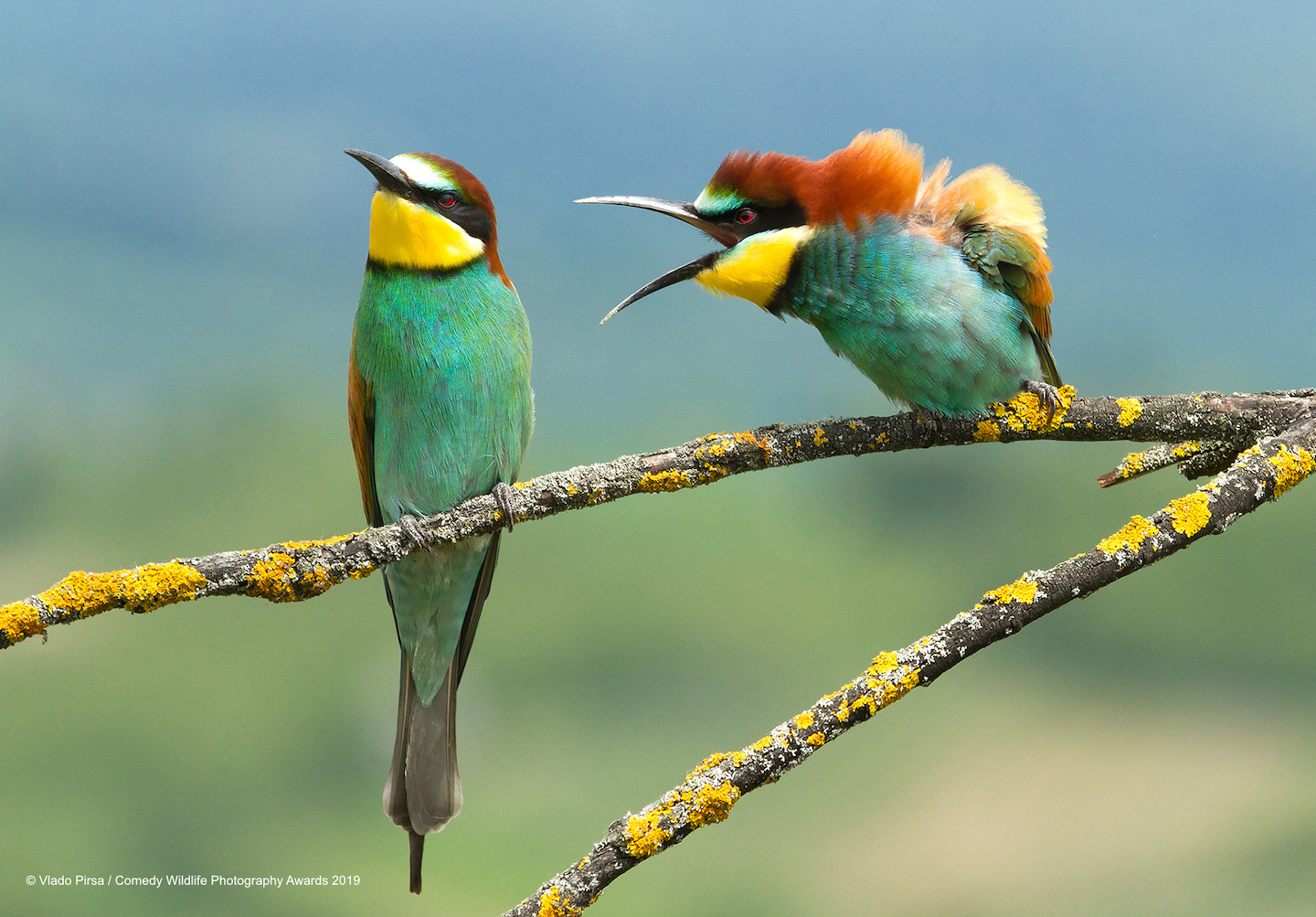 “Just play it cool and no one will know it was you.”
Photo: Eric Keller/The Comedy Wildlife Photography Awards 2019 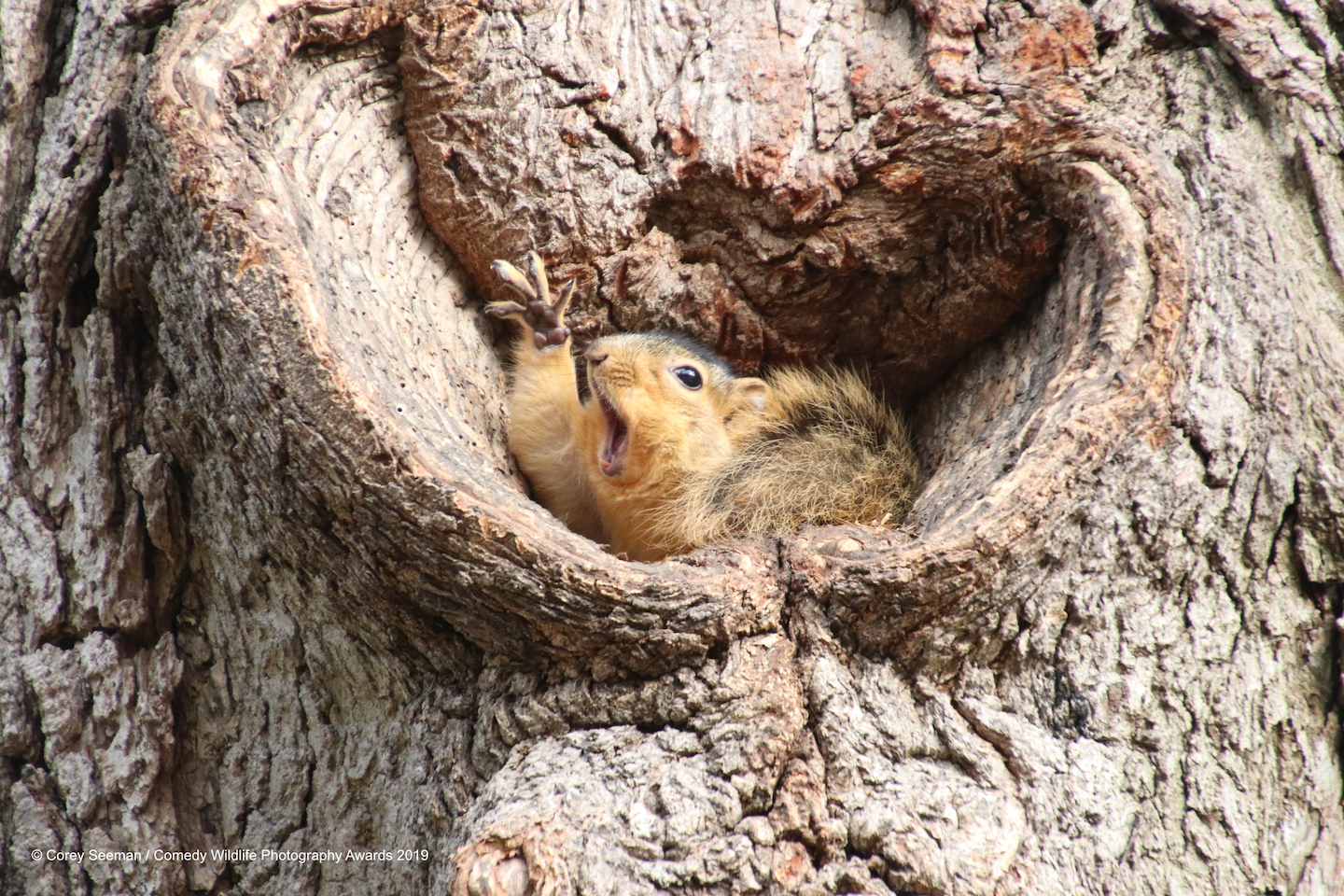 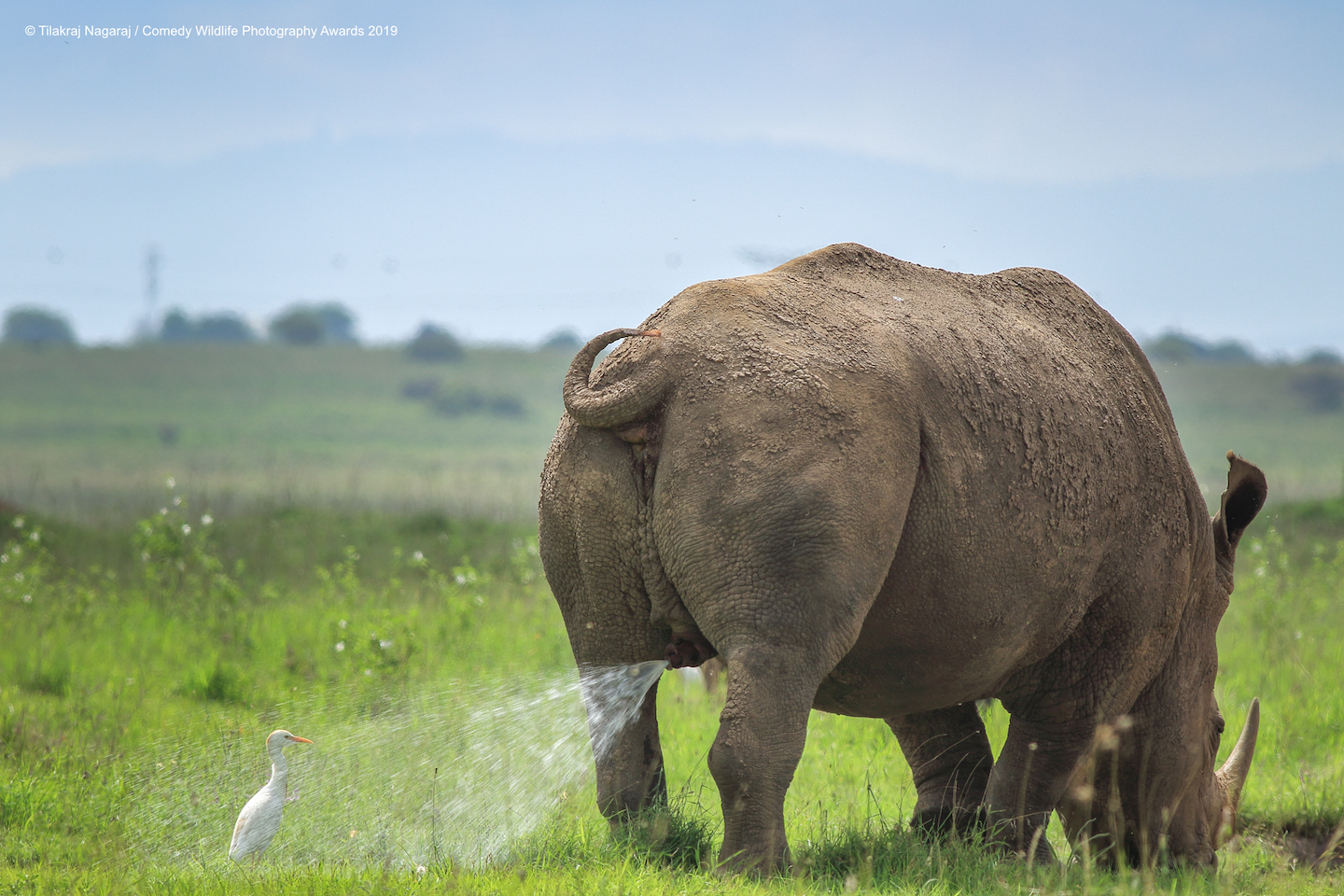