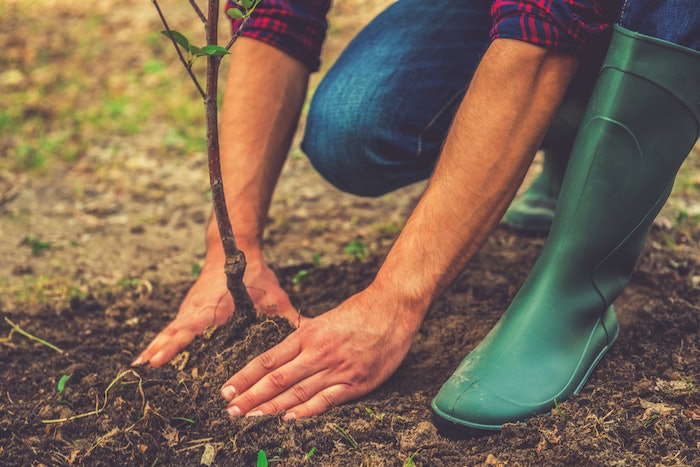 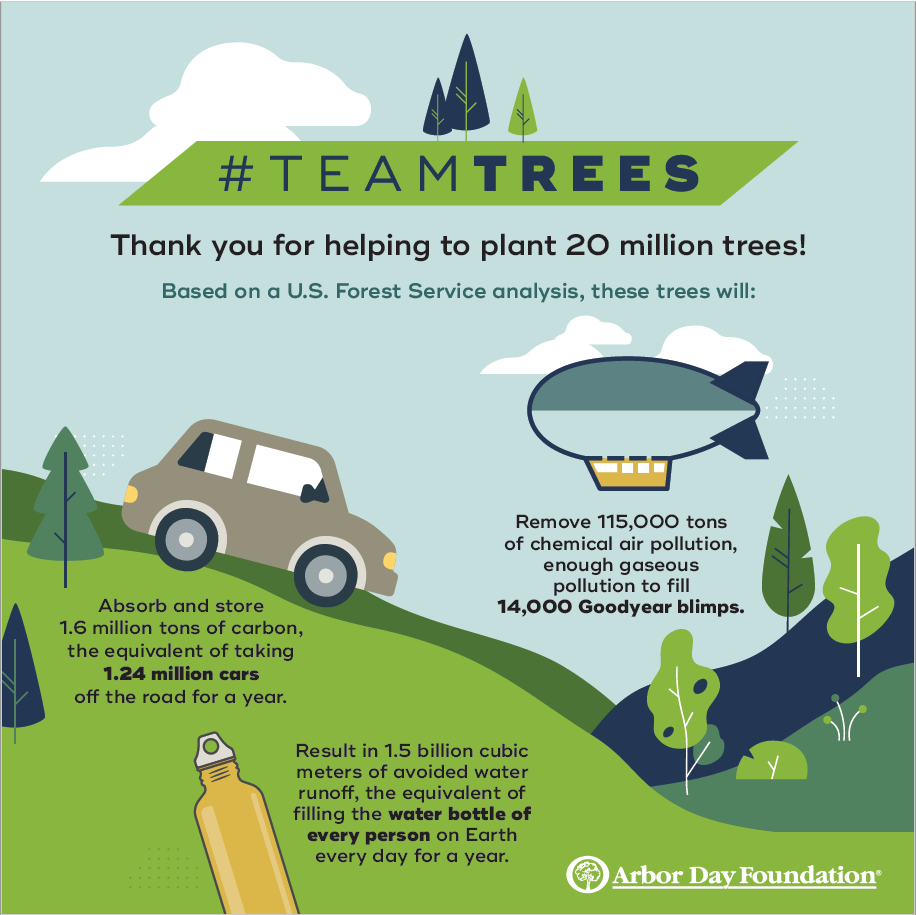 After the viral crowdfunding campaign of YouTubers Jimmy Donaldson, also known as MrBeast, and Mark Rober, #TeamTrees raised over $20 million, which will be used in partnership with the Arbor Day Foundation to plant trees across the globe.

According to the Foundation, the first round of planting projects will be distributed across Africa, Europe and the United States, and as early as this month, trees will be planted in high-need public and private forests that are recovering from fire, deforestation, storms and other threats.

The Foundation recently announced that it has launched domestic and international planting projects to fulfill its commitment to plant more than 21.5 million trees funded by #TeamTrees.

“MrBeast, Mark and hundreds of other YouTube creators shared our vision of building a better world through tree planting,” says Dan Lambe, president of the Arbor Day Foundation. “They used their platforms to inspire more than half a million individuals to take action for our environment. Now, the Arbor Day Foundation will do what we do best: ensure that 21.5 million trees are planted in the right places and at the right time.”

With more than 500,000 unique #TeamTrees donors from at least 200 countries, the Arbor Day Foundation says the first wave of planting was designed to ensure that every continent except Antarctica was supported. Some of the first planting sites include California, Kenya and India.

In spring 2020, planting will begin in California. The Arbor Day Foundation says that the 2018 wildfire season was unprecedented and had an estimated 8,000 fires burning through more than 1.8 million acres of forestland between July and December.

To prevent mudslides and degrading air, water and soil quality, the Arbor Day Foundation says these tree plantings will play a key role in this four-year reforestation effort. This effort aims to help families recover from wildfires.

In spring and summer 2020, planting will begin in Kenya. The Arbor Day Foundation says that Kenya’s Kijabe Forest has historically been a home and corridor for wildlife, as well as an important source of water for the country.

“Over the past 15 years, however, the forest has been cleared for charcoal and timber, creating dramatic and damaging impacts for wildlife, infrastructure and quality of life,” the Arbor Day Foundation says in a press release. “#TeamTrees trees will help reestablish a sustainable water supply through protecting and replanting around springs and rivers, restoring habitat for wildlife, stabilizing steep slopes prone to landslides and securing livelihoods.”

In the summer and fall of 2020, planting will begin in India. The Arbor Day Foundation says the Cauvery River has shrunk by an estimated 40 percent from its historical flows over 70 years.

The Arbor Day Foundation says this rapid depletion results in scarcity of drinking water, as well as difficulty in farming. A loss of tree cover, the Foundation says, has also contributed to poor soil health.

“Reforesting this river basin and educating farmers about agroforestry practices will help to stabilize the river and improve soil conditions over time,” the Arbor Day Foundation says in a press release.

Plantings for the #TeamTrees campaign will continue into 2022, and the international planting sites will include Australia, Brazil, Canada, China, France, Haiti, Indonesia, Ireland, Madagascar, Mozambique, Nepal and the United Kingdom.

“According to a U.S. Forest Service analysis, planting 20 million trees will absorb 1.6 million tons of carbon – the equivalent of taking 1.24 million cars off the road for a year,” the Arbor Day Foundation says in a press release. “Trees planted will help improve air and water quality, expand natural habitats for wildlife and mitigate climate change.”

GIE is officially underway and there is a lot to look forward to during the show. Here are a few highlights that you don’t want to miss.

Selling landscaping as a crime deterrent

From brooms to blowers: 11 attachments for clearing snow