Billbugs are masters at disguising their destruction as drought or disease.

It’s not always easy to tell. The damage caused by these weevils is often confused with things such as drought, disease, white grubs or other insect pests, such as chinch bugs.

Billbugs derive their name from their peculiar snout.

Early damage caused by billbugs often appears as small spots of dead or dying grass in late June through August, which coincides with summer drought stress. This may lead you to believe your turf is suffering from lack of water. If it doesn’t respond to irrigation, you may begin to consider turf disease, as the dead spots can be mistaken for dollar spot. To get to the real root of the problem, you just need to dig a little deeper.

“Diagnosing billbugs is most reliably done through collection and identification of adults or larvae from affected turf,” says Paul Smith, IPM coordinator at the University of Georgia. “Because larvae are feeding on the roots, pulling up on the dead grass and seeing if it comes up easily from the roots may help signify an infestation. This should not be considered a diagnosis unless larvae or adults are collected from the area, as well.”

If you wouldn’t know a billbug if you saw one, here is what you’re looking for: Adult billbugs range from 1/5 to 3/4 of an inch in length (depending on species) and are usually reddish-brown in color, Smith says.

During their life cycle, late-stage larvae of billbugs cause the most turf damage.

The adults have a distinctive snout, as their name implies, and their mouthparts are located at the tip of the snout or “bill.” The larvae, which can be collected from the crown or roots of the turf, are white, legless grubs about 3/8-inch long with the rear end wider than the head. These should not be confused with white grubs, which are generally much larger, have legs and are C-shaped.

Root of the problem

Billbugs cause serious problems for turf by feeding on its stems and roots. The most significant damage is caused by the older billbug larvae, which feed specifically on the roots, Smith says.

“Most damage occurs in June and July as increased root feeding and heat stress combine to exacerbate damage,” Smith says. If the infestation is significant enough, it can result in extensive damage — even complete destruction of turf — by the end of summer.

In addition to direct damage from billbugs and their larvae, turf also can suffer from secondary damage: predators like skunks and raccoons that dig up lawns to feed on larvae and insects.

Kentucky bluegrass, zoysiagrass and Bermuda grass are most often injured by billbugs, but feeding may occur on many types of grasses, Smith says. “Using mixed-grass lawns or establishing lawns using resistant turf varieties is often effective at limiting the severity of billbug attacks,” he says.

“Most endophyte-protected ryegrasses and fescues are resistant to billbugs, as well. As with any integrated pest management program, careful monitoring of the turf and early detection are the best defense against a major infestation.”

If using one of the resistant turf varieties isn’t an option for your client, chemical control methods are effective against billbugs, although controlling them when they are in the larval (grub) stage can be difficult, Cranshaw says. “Young larvae are protected within the plant. Older larvae occur in the root zone where insecticides fail to penetrate,” he says.

Applications are usually administered in mid to late spring to coincide with the emergence of migrating adults in search of egg-laying sites. A second application may be required for heavy infestations.

“Apply adult sprays so insecticide residues remain as long as possible on foliage and in the crown area of the plant,” Cranshaw advises. “This may be achieved better with liquid sprays than with granular formulations.”

You have many chemical options for control of billbugs, but Cranshaw cites two active ingredients:

• Halofenozide (MACH-2) is a growth-regulator insecticide that is effective against younger stages of billbugs. It is fairly fast acting (days, weeks) and moderately persistent (weeks).

Biological controls also can be effective against billbugs, including predation by birds and hunting wasps, fungal diseases and parasites, Cranshaw says.

“Parasitic nematodes (Steinernema species, Heterorhabditis species) are effective against both larvae and adult stages,” he says.

With light to moderate billbug infestations, you may be able to mask the damage with adequate irrigation and fertilization until populations are under control, says David Shetlar, entomologist and associate professor at Ohio State University. “The critical period for this irrigation and feeding is when the bluegrass is preparing itself for summer dormancy periods.” 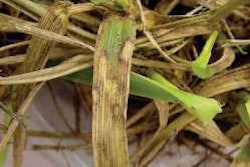 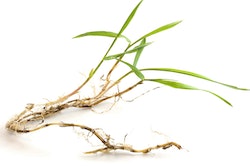 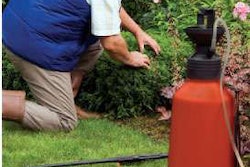 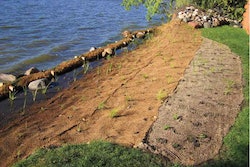