What to know before it snows 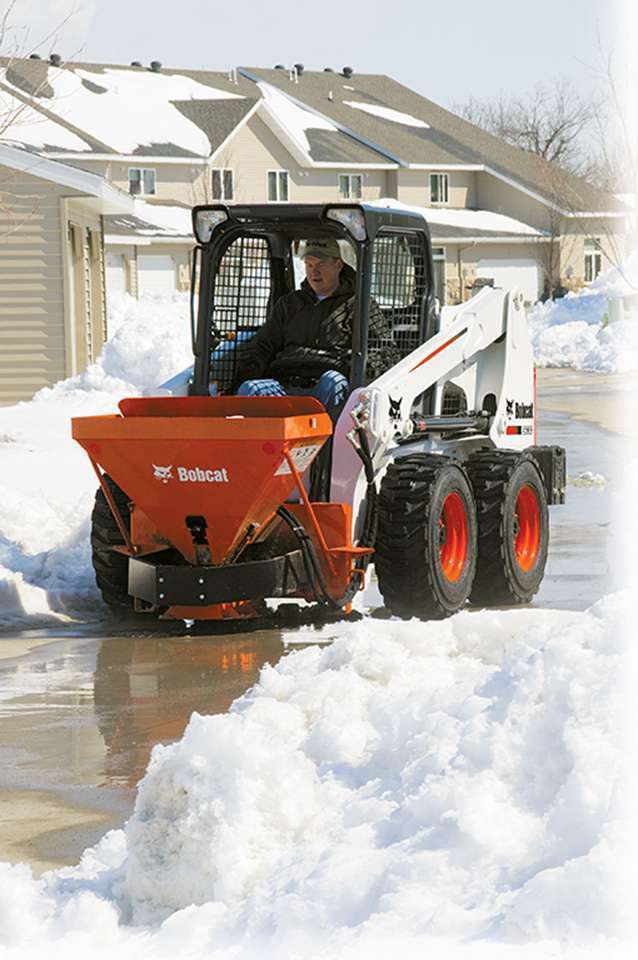 Attach a blade, plow some snow and that’s all there is to snow removal, right?

Anyone offering this service knows a lot more goes into the frigid task. Landscape contractors must consider the site’s size and type, snow’s consistency, best equipment for the job, how to operate the blade and much more when heading out after a winter storm.

Whether a landscape contractor has been moving snow for decades or just bought his first plow, here are ways they can improve their techniques and snow removal services.

Time is money
One of, if not the most, important resources a contractor has to offer and manage is his time. “The more snow they can move faster and safer, the more money in their pockets,” says George Chaney, SSL/CTL international sales manager, JCB.

With some equipment, pushing its speed limits can be dangerous and cut into the project’s quality. But snow is different than mowing a yard or transporting materials.

“When moving snow, you don’t have to limit your speed. The faster you can travel, the more snow you can remove in less time,” Chaney says. “Unless you have a really heavy snow, increasing your travel speed is a good idea.”

Start with the basics
The job starts before the operator reaches the jobsite and snow is on the ground. It’s important for the crewmembers to be familiar with the area they will be plowing so they are aware of obstacles – such as bumper stops, speed bumps, curbs, sidewalk edges, shrubs, fire hydrants and pipes – that could be hidden when snow falls.

“To prevent damage to the area being plowed as well as to your snowplow and truck, mark any obstructions that will be hard to see when there’s snow on the ground,” says Mark Klossner, marketing director, The Boss Snowplow.

Getting the equipment to the site takes some consideration, as well. When transporting a snowplow, the operator should angle the blade to the right toward the curb, Klossner says. Also, they should not operate the plow while transporting it.

Tackle winter conditions
Snow can accumulate in different ways and on different surfaces, so landscape contractors should be comfortable operating in every condition.

When plowing deep snow, equipment operators should raise the plow several inches above the ground to take off the top layer of snow. With each pass, they need to remove enough snow to be efficient without overloading the machine.

If the snow is wet, make sure to finish any jobs you start. “Wet snow left in windrows overnight can freeze and turn into tank traps by morning,” he says.

For dirt or gravel areas, crews should lower the plow shoes to keep the blade from scraping the surface away. If operating on harder surfaces, raise or remove the plow shoes to get a close scrape. After plowing, lower the blade and turn its control off for safety. “This will also take stress off of the hydraulic components,” Klossner says.

Blade work
Depending on the blade or attachment used, there are different ways to use them.

To windrow, the equipment operator should angle the blade to the left or right and make consecutive passes, each time moving the snow forward and to the side.

If there’s snow next to a building, backdragging is probably the best option. Equipment operators should raise the blade, drive toward the building, lower the blade and then back up while pulling the snow away from the building.

“Backdrag only two or three truck lengths before turning around,” Klossner says.

Putting the blade in the straight position – directly in front of the vehicle – can be used when backdragging, removing a large windrow or cleaning up at the end of the job, Klossner says.

When finished, the operator should put the blade back in the straight position and push the snow forward, cleaning up spill off from previous plowing. 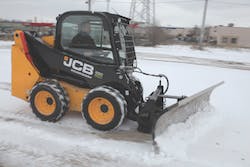 Get the most from snow equipment 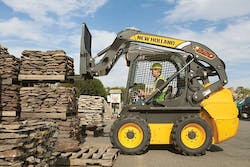 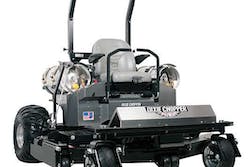 Mowers of the Future 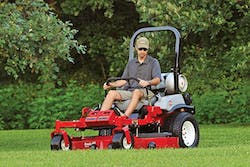