After five years the city of Sonoma, California, has had its final say and completely banned the use of gas-powered leaf blowers.

The ban was originally supposed to go into effect on July 1, but a petition against the ordinance caused it to be postponed until the city could hold a referendum during the Nov. 8 election.

Some people saw this was only delaying the inevitable and responded to the citizens’ desires by starting a quiet landscaping business. Others didn’t think residents were considering the consequences of removing such a commonly used piece of equipment from landscapers’ tool box.

While it was obvious that Donald Trump was the winner of the presidential election, it was still too close to call the day after the election to know if Measure V had passed or not. According to the Sonoma County Registrar of Voters at the time, it was leading by just 40 votes, with 50.4 percent supporting the ban and 49.6 opposing it.

“I hope this means that the people who voted for the measure, and those that voted against, will come to appreciate the restoration of the quality of life in Sonoma as time goes on,” Cecilia Ponicsan, one of the major supporters of the ban, told the Sonoma Index-Tribune.

The two parties that are most effected by the new ban are, of course, the landscapers and the city itself.

Most plan to shift to the traditional rakes and brooms and some are considering buying electric or battery-powered blowers. When asked, customers made it clear that they didn’t want to the landscapers to take longer doing their jobs.

“I talked to some customers already here in Sonoma, to see if they want us to spend more time,” said Fernando Coronel, who has been working in Sonoma for over a decade. “But a lot of the customers say, ‘No, I don’t want to pay more. Do whatever you can in the time you get paid. Do as much as you can, and that’s it.”

Paz Landscape plans to charge its customers more to offset the cost of buying battery-powered blowers. In the end, customers will either end up having to pay more or accept less tidy yards.

The city is also preparing to convert over to battery-powered blowers, setting aside $10,000 dollars for this change.

“I anticipate that our level of service on city parks and paths will degrade to a degree, because of the loss in leaf-blowing efficiency,” said Dan Takasugi, public works director for Sonoma. “The degree of maintenance quality degradation is unclear at this time.”

The ban now goes into effect on Dec. 22. 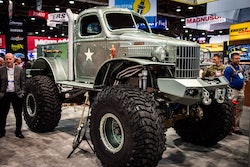 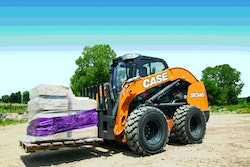 CASE SV340 skid steer is most powerful in the line 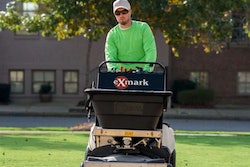 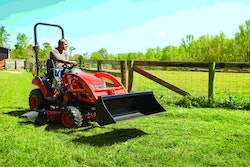