The green industry has traditionally been a male-dominated field, but over the years, more women have made this line of work viable careers.

While women continue to join the green industry, there are still numerous aspects of this line of work that aren’t appealing or accommodating to females, which is where you as a company can step in and help.

But the question continues to be, how do we do that?

Take a look at a few suggestions that could not only help you make your current female employees more comfortable, but also potentially bring more women into the fold.

What companies can do

One of the best ways to ensure your company is welcoming to women is to take a deeper look into your policies and procedures to see what can be fixed.

Loriena Harrington, president of Beautiful Blooms Landscape & Design, LLC in Menomonee Falls, Wisconsin, says the language you use in your job postings and company manuals can be a turn off to women, depending on how things are stated or the verbiage that’s used.

She also adds that if you want women to work with you, you need to also be ready to make accommodations for pregnant and nursing mothers, such as discussing maternity leave and being able to welcome them back to work after the baby is born.

“We need to welcome those new mothers back into the workforce and talk about what that process looks like, as well as the early months and weeks,” she says. “That mother needs to feel safe and accepted to be able to excuse herself to go pump. All of that needs to still be part of a good conversation within our industry.”

Another method Harrington has found successful when marketing to women is to advertise the fact that you are a woman-owned company if this is true for your organization.

Harrington says that once they made that distinction, their hiring experience completely changed, and they’ve since had an influx of women applicants. She also adds that since adding this fact to their postings, the male applicants they receive have “had higher levels of education coming in.”

“When women are in their interviews and we ask them why they applied with us, often they bring up that they applied because it’s a woman-owned company,” she says. “They say because of that, they know they will be treated better.”

Finally, Harrington says companies need to practice what they preach when it comes to being an advocate for employees. If you hear a client or fellow employee talking down to a member of your team, Harrington says you need to be the one to take initiative and shut it down.

Jennifer Lemcke, CEO at Weed Man, says companies also need to take a look at what their training and onboarding looks like, as well as what the training workplace looks like. She adds that making sure training actually features women is important, as they need to see other women successfully completing these tasks.

“Whether we like to say them or not, there are limitations physically,” she says. “I’m generalizing, but men are mainly stronger than women. So, if the tasks are difficult for women to do, is there technology that can help? Are there different ways that we can help? I’m not saying to make it easier on a woman, but if it’s physically impossible for somebody to do something and you’ve decided to hire a woman, then you need to make sure that they’re able to do their job.”

Lemcke says regardless of your employee’s gender, the last thing you as a leader should want to do is embarrass the person for not being able to do a job to the fullest. Therefore, adapting to the needs of your employees is crucial.

She also stresses the importance of having open discussions about inclusivity, and when those discussions are had, make sure women are present so they can weigh in.

Many company owners get stuck in the rut of, “we’ve always done it this way,” and Lemcke says you have to be open to changing the ways things have “always” been done if you ever want to grow and progress as a company.

Lemcke says your employees have ideas that you may have never thought of, so be willing to listen to the ones who are actively helping come up with solutions.

“The owner doesn’t have to have all of the answers,” she says. “Invite others to the conversation.”

While Harrington and Lemcke agree that they love the green industry, they do admit there are plenty of biases women, specifically, have to deal with in this line of work.

Harrington says she hopes that sooner rather than later the stereotype of a female worker automatically being assumed a gardener instead of a lawn care technician will go away.

Regardless of gender, Harrington says the main reason she believes more people don’t pursue the green industry is because it’s so rarely thought of as a viable career. To really get the word out, she says it needs to be discussed more in elementary, middle and high school, and more companies need to get involved with apprenticeship programs.

If students are exposed to the green industry earlier on, Harrington believes it could spark a legitimate interest in going into the field once they are older.

“We have to find more ways to reach out to the students out there starting their own landscaping companies, follow up with them and bring them into the business once they are old enough to work,” she says.

While she admits it might not be the most pressing discouragement women face in the green industry, Lemcke says it is worth noting that cleanliness needs to be top of mind for landscapers.

Lemcke says there have been many times in her career when she visited a landscaper’s office only to find there was not a clean place to sit. This, she says, can be an instant deterrent for prospective employees, and it creates a terrible image for the green industry as a whole.

Yes, she says, we do work with dirty equipment in the literal dirt, but is bringing it back into the office to stay really the image you want to portray?

Personally, Lemcke says if she were an applicant walking into an office like that, it would immediately turn her off from wanting to work with the company.

“I don’t consider myself a prissy person and I don’t mind getting dirty, but I don’t want to spend eight to 10 hours a day in an environment that’s dirty,” she says.

Even though there are still hurdles to jump and issues to resolve, Harrington and Lemcke agree that this is an industry like no other. For these two, they can’t imagine working in a better industry, and every chance they get, they encourage others to join in.

“I absolutely love this industry, and I grew up in it,” says Lemcke. “It gave me so many opportunities to do great things in both my personal life and career, so why not choose the green industry? You get to work outside, there are numerous opportunities and it’s a place where you can get real life experience training. I would gladly do it all over again, and I definitely recommend it.”

For Harrington, getting your education and maintaining your respect are the two most important pieces of advice for this field. She also adds that getting involved with industry organizations and networking will take you very far in this world, but don’t limit your connections to females only.

She encourages women to bring men into discussions regarding inclusivity because that allows them the chance to hear concerns directly from women. If men aren’t part of the conversation, Harrington says you’re just “preaching to the choir.”

“The advice I would give others is what I tell myself: hold yourself with a lot of respect, and do not put up with any bull,” says Harrington. “Don’t for a moment be tolerant of somebody else’s preconceived notions. And this isn’t just worker to worker, this is also from client to worker.”

To read part one in this series, click here. 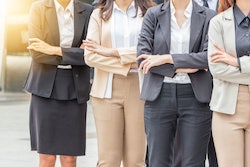 What we're made of: Green industry women full of grace and grit 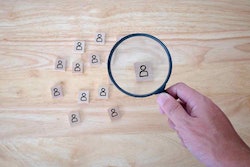 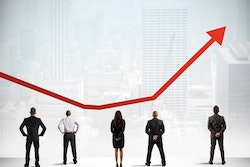