Landscaper of the Year

Word-of-mouth and a strong work ethic are just two of the factors leading to this young pro’s success.

Larry Dixon, president of Dixon’s Landscaping, always is willing to take on a job, as long as it’s understood that it might not get done immediately. “I tell people I wouldn’t be busy if I weren’t good at what I do,” he states plainly.

Reputation is everything in the small town of Brewton, Alabama.

Larry’s father, Fred Dixon, began the firm in the 1960s “wearing shovels out,” as Fred puts it. The family traces its lineage in the area back to 1828, and the road in front of the company office is named “Dixon’s Nursery.”

Larry says he knew when he was 12 he need not look further for what he wanted to do in life than staying in the family landscaping business. At 18, he received his landscape license, the youngest person in Alabama to do so at the time. “I played landscaper, and then I turned pro,” he explains.

Word of mouth has kept the jobs coming; Dixon’s Landscaping doesn’t even have a Yellow Pages listing. Larry admits he reconsidered his non-advertising policy during the economic downturn that shaved off a third of his previous volume, but recently business has picked up again.

Dixon relishes the outdoor life that comes with landscaping: “We built our new office about eight years ago, and I’ve probably spent 20 hours in it since then.” Next to the office is a small nursery, owned by his mother, Barbara, who’s assisted by his wife, Sheila. While it does sell retail, one of the nursery’s primary functions is to nurture plants until Larry needs them.

Larry meets his parents for breakfast daily, going over upcoming jobs. He’s hands-on with his five-man crew, but also brags about their ability to take jobs from beginning to end with little direction.

One of Larry’s most enthusiastic clients is Ann McMillan, owner of a work-in-progress retreat she calls Grace Gardens. There, Larry is creating several types of gardens, surrounding a small two-story Italianate villa: an all-white private garden, a formal English garden, a water feature, and one of Dixon’s favorite projects: a maze made out of Brodi cedar.

“Larry immediately became emotionally involved in my project,” says McMillan, “and he proposed the maze.” The idea appealed to McMillan because when the cedars mature, the maze will provide opportunities for meditation and create a buffer between her retreat and a busy highway.

Although Larry does commercial work, he prefers the one-on-one collaboration of working with residential clients. “I like a challenge,” he say, “and commercial work is sometimes too cookie cutter.” He relishes working with a client’s idea – perhaps something he or she saw in a New Orleans courtyard, for instance – and creating a plan that’s customized to how and where the client lives.

For example, one of Larry’s clients commissioned a Tiki-themed backyard retreat with 30-foot palms, oleander, cabbage palms, calla lilies and multicolored floodlights. “This is about as far north as you can go and still do tropical plantings,” says Larry.

Customers want to see him on their jobs, he says: “I understand that. It’s what they’re paying for.”

Client Marcy Bomboy appreciates Larry’s personal emphasis. “After Hurricane Ivan, we had to completely re-landscape,” she says. “He was quick to respond and went above and beyond. We had bad drainage issues, and he knew what to do. There’s nothing he can’t handle.”

Dixon’s Landscaping has a four-truck fleet, three equipment-hauling trailers, a skid steer, wheel loader and a landscape tractor, along with mowers and weed-trimmers. “The equipment I like is equipment that’s paid for,” says Larry.

Several of Dixon’s clients have houses around a lake north of Brewton. This entrance was originally dirt and grass. (above) Dixon has a fascination with rocks, and he tries to work them into his plans whenever possible.

His philosophy: Own it, work it, and trade it in while it’s still in good shape.

” The equipment I like is equipment that’s paid for.”

In his more than 20 years experience, Larry has seen the ebb and flow of business.

“I’ve seen it so slow that I called my own answering machine to see if it worked,” he says. “Then there are the times when I had 35 calls at the end of the day to return the next morning.”

“We built our new office about eight years ago, and I’ve probably spent 20 hours in it since then.”

Through it all, he tries to concentrate on what’s important: “You have to pay attention to detail and always do what you say you’re going to do. It’s the only way to make even the most difficult customer happy.” TLC

1. Try new things. Branch out to different areas of expertise such as irrigation, landscape design and stone masonry work.

2. Have multiple customers. Don’t focus on one or two. If you lose one, you’re still in business.

3. Treat all of your customers with respect, even when it comes to small jobs. It will lead to bigger jobs through positive word of mouth.

4. If you can’t do everything the customer wants, sub out part of the project to a reliable contractor, but stay in charge of what happens on the job. Homeowners usually want to work with one person so they don’t have to be bothered dealing with several people. That makes you valuable to them.

5. Don’t finance anything. Save up and pay cash for equipment or rent a specialty item and send it back.

What was Larry Dixon’s biggest mistake? Years ago, he lost a $60,000 account because he was stubborn and didn’t listen to his customer. “I have learned a lot since then, namely that the customer and what he wants comes first. I’ll plant kudzu and poison ivy if that is what they want. It all pays the same. In short, customers want your input but don’t push them. Let the final decision be theirs,” says Dixon.

“I’ve seen it so slow that I called my own answering machine to see if it worked. Then there are the times when I had 35 calls at the end of the day to return the next morning.” 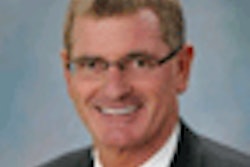 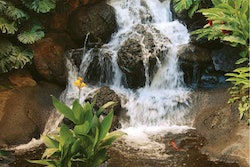 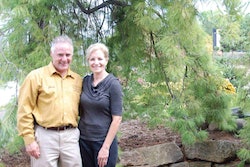 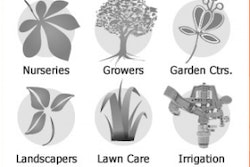