Terry Delany grew his business with shrewd strategy, timing and by establishing a clear set of principles.

Starting a landscape business in Fayetteville, Arkansas, was no easy task for Terry Delany. Yet, he persevered through tepid demand for landscaping services in his community, at least initially, and didn’t let it slow him or his company, GroundSERV, down.

“Although Arkansas is home to the world headquarters of powerhouses like Wal-Mart, Tyson Foods and J.B. Hunt Trucking, we are still largely a rural area that has only recently enjoyed growth and prosperity,” he says. “Nice landscaping is not a high priority for a majority of the population.

Above: Delany serves on the Property Committee of the Botanical Gardens of the Ozarks.

“I used to beat my head against the wall trying to get people to make improvements.”

But GroundSERV has led the way in making the installation and maintenance of fine land- scapes a priority in Delaney’s area.

Although only 39, Delany has been in the landscape business 16 years. Last year, he employed 30 people and grossed $2 million during the challenging economy. He has grown his business at an exponential rate primarily using two smart strategies: add-on services and subcontracting. “Our goal is to be a $5 million company in five years,” he says.

Born in Norwich, England (pronounced Nar-idge), Delany was nine when he moved to the United States with his parents. Delany’s father was a hard-working contractor who instilled a strong work ethic in his son. But rather than go into construction like his father, Delany chose landscaping, completing his undergraduate degree in landscape design and urban horticulture from the University of Arkansas in 1995. His only complaint with the program was the lack of business courses.

GroundSERV employees put finishing touches on the beds at a local mall.

After graduating, Delaney worked for a landscape company in Fayetteville for three years, often complaining about how things were done, until his father suggested he “quit whining and go start his own business,” which he did.

First operating as AAA Lawns from 2001 to 2008, he and about 25 employees focused on residential lawn maintenance. In 2008, he changed his company name to GroundSERV to reflect a new focus on all aspects of property maintenance. This was in response to the economic downturn.

To improve his business skills, Delany read business books and visited other successful landscapers. He also attended a two-day course at the Aileron School in Dayton, Ohio. Aileron caters to business owners challenged by growth or a new opportunity by instructing them on generating an action plan to deal with the challenging marketplace. There, he learned how to put together an outside board of advisors – professionals who are not connected with the landscape industry. They meet once per quarter, and Delany pays them for their time and business advice.

“I didn’t want landscape guys who were going to look at the business like I do,” he says.

Growing in a Bear of a Market

In 2006, Delany moved into his present location featuring 2 acres and a 7,000-square-foot building, and subsequently, his gross sales have increased significantly: 10 percent in 2008, 18 percent in 2009 and 25 percent in 2010. “The worse the economy gets, the better my company gets,” he says. “We’ve done all of that by diversifying our services. We are a complete exterior maintenance company. If it’s outside the sheetrock and inside the property lines, we take care of it now. We’re still a landscape company — we’re just expanding.

Delany selected an eye-catching green for his trucks and building.

“When the economy tanked in 2007 and 2008, all of our clients cut their budgets. At the same time, everyone who lost his job bought a mower, and everyone dropped his prices 20 percent. I saw some big-name clients go to some small operators for the price savings.”

Delany refused to drop his prices to beat the low-ball offers of other landscapers. “Some of our clients were distraught about losing us, but we just couldn’t go where they wanted us to on price,” he says.

Last year proved better for Delany’s clients and, therefore, for him, as well. He kept all of his clients from 2010 and lost none of them through attrition.

Delany created this lush oasis to lend a taste of the tropics to his backyard in Fayetteville, Arkansas.

In 2001, Delany made the decision to dramatically increase the impact of his brand by painting his trucks and his building bright green. The instant recognition factor has garnered him new clients. He no longer advertises in the phone book. “We just paint our trucks bright green, and people around here know us,” he says. “We could take the logos off now, and people would know who we are.”

Delany saves time and money by setting up satellite crews. After establishing enough clients 30 minutes north of Fayetteville, he hired crew members who live in the area and rented a parking spot for a truck at a gated storage facility.

Delany found aerators are well worth purchasing. “They pay for themsleves quickly,” he says.

Crew members meet at the truck each morning and receive their instructions by phone or text. Another satellite crew meets at a storage facility on the campus of the University of Arkansas, GroundSERV’s biggest client.

At the end of each week, Delany’s mechanic, Dallas White, brings the truck and equipment back to the shop in Fayetteville for servicing. He estimates each satellite crew saves about $1,000 per month on travel time and fuel.

Not every idea Delany has tried works successfully, of course. For example, he once created and staged a job fair to recruit new employees. After about 100 attendees heard Delany’s five-minute speech about drug testing and the company’s core values, half left when they were excused to retrieve their identification. The remaining 50 were given five-minute interviews. GroundSERV hired 10 of those applicants. Half way through the season, two of them were left, and by the end of the season, none were left.

“You get lots of people who need a job but don’t really want one,” he says.

Delany no longer hires seasonal employee college students. He finds it requires about 90 days for a new employee to get up to speed and start turning a profit for the company.

“Our turnover is now low. It used to be extremely high – like 300 percent a year. We were just hiring warm bodies, and that doesn’t work.”

“We had too many people showing up with hangovers or not showing up at all. Then in the middle of the season, they wanted to take a two-week vacation to go backpacking somewhere. We’ve got better strategies now. We are really picky about who we hire.”

During interviews, the hiring manager presents applicants with a laminated card stating the company’s Core Values of safety, ethics, reliability and volunteering, as well as Standards of Excellence, which include strategies such as providing exceptional value, creating noticeable changes in the landscape, being responsive, offering a broad range of services, while maintaining a high-quality image and a reputation for excellence.

“If you’re joining our church, do you believe what we believe?” Delany jokes. “We get into the heart of that before we worry about their skills. If they don’t get what we’re doing, then nothing else matters.”

Employees keep the card. If a problem crops up, the supervisor and employee pull out the card and review which principle was broken. At weekly meetings, supervisors select one principle and review it in depth.

“Things changed a lot around here after we had the cards made,” he says. “Our turnover is now low. It used to be extremely high – like 300 percent a year. We were just hiring warm bodies, and that doesn’t work.”

Delany is also strict about personal appearance. Employees can’t use tobacco products on the jobsite, and they must be in full uniform.

He prefers to hire local high school graduates who have been involved with Future Farmers of America (FFA). He has found employees who worked on farms possess a strong work ethic,are accustomed to working outside in all types of weather, and are familiar with a variety of heavy equipment.

When he began GroundSERV, Delany expanded operations to include snow and ice removal, pressure-washing, window cleaning and parking lot sweeping, sealing and striping. He subcontracts operations requested only once or twice a week and work such as tree care and irrigation.

“All of our irrigation maintenance is subcontracted, because it’s just six months out of the year,” he says. “We start them up in May and shut them down in November. We used to do it inhouse, but I didn’t want to bear the staff expense year-round.

“For subs, we find the best guy in town who is not necessarily the biggest guy — somebody who does quality work and has their pricing right — and ask if they want to partner with us,” he says.

Delany typically takes 20 percent of the revenue of a subcontracted job. “And they’re quite happy to do that because they don’t have to have a sales guy on staff or do any advertising,” he says. “Our landscaping has grown about 10 percent, but adding these other services has been amazing for our growth,” he says. “It saved our butts, quite frankly.”

Delany has been an active member of the Professional Landscape Network (PLANET) since 2005. In 2010, he earned his credentials as a Landscape Industry Certified Manager and was nominated as a PLANET Trailblazer to serve as a mentor for landscapers looking to gain insight into growing their businesses.

Delany’s team also participates in PLANET’s Day of Service every year, cleaning up a large city planting bed each spring. But their service goes beyond the standard one day each year. They visit the bed each week and maintain it for the rest of the growing season.

Delany also sits on the Plans and Property Committee for the new Botanical Gardens of the Ozarks. He likes that the facility is dedicated to educating the public about new plant varieties and how to achieve a different look in the landscape.

And he also donates money and landscape services to Children’s House, a charity for abused children. GroundSERV even held a mow-a-thon fundraiser for Children’s House. Crew members mowed for 24 hours straight — using headlamps at night to get the job done.

• Subcontract. Partner with several quality subcontractors who are eager for more work. You can make 20 percent of the job with a few phone calls.

• Work with leaders in the industry.

• Work with leaders outside the industry. Delany hired an outside advisory board consisting of a realtor, CFO financial advisor and marketing expert.

• Look into add-on services dealing with exterior maintenance. Clients like being able to make one phone call for complete grounds maintenance. 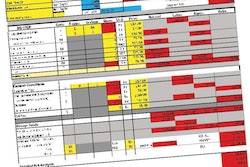 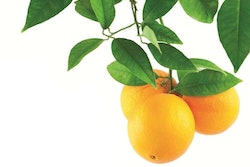 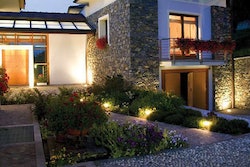 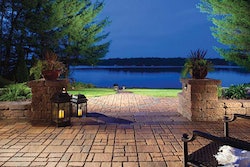