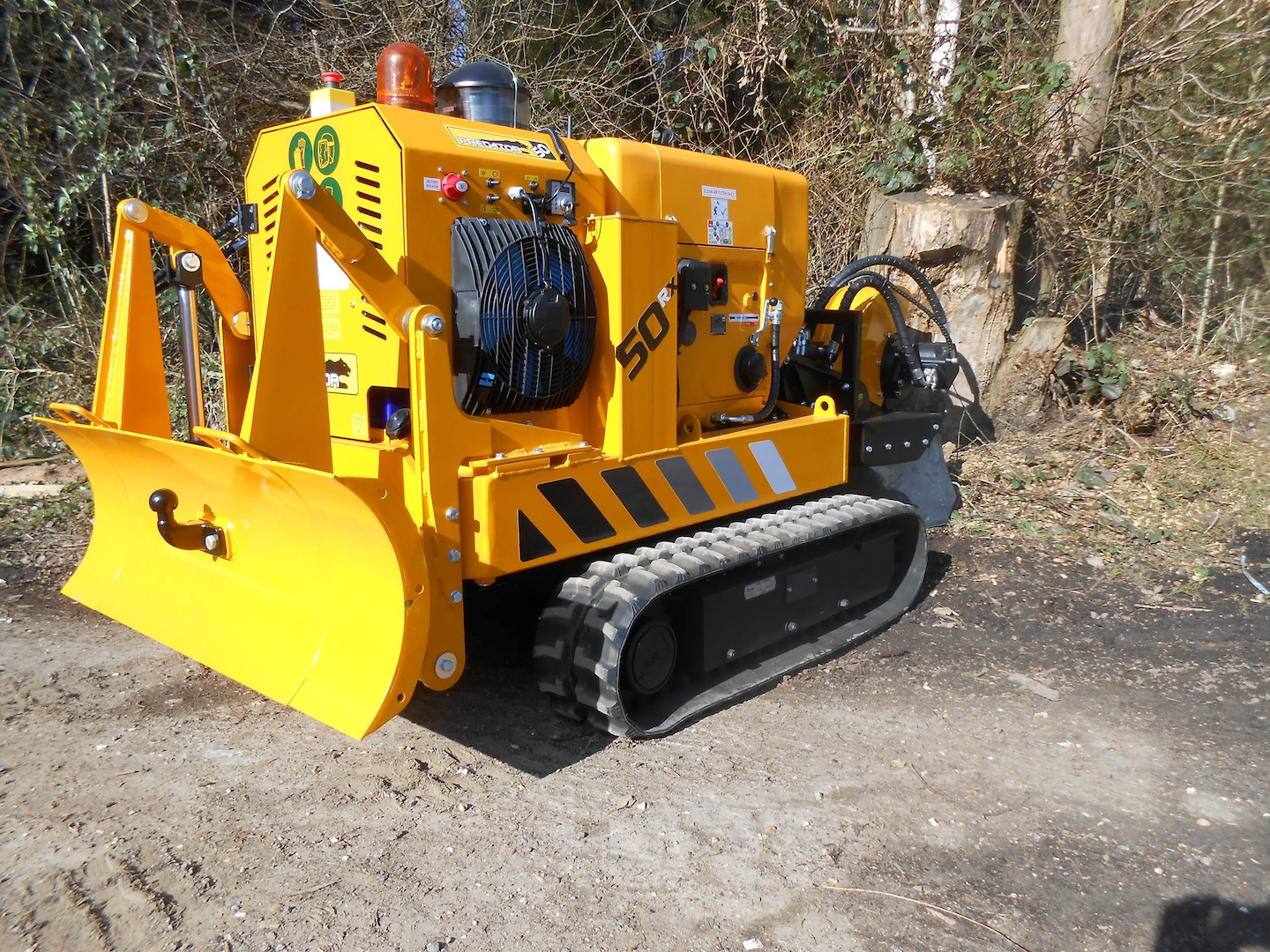 A variety of businesses will be hitting the trade show floor at GIE+EXPO this year, including Predator Power.

The company is set to unveil its new range of high-power compact, stump cutters at the trade show, which will take place at the Kentucky Exposition Center in Louisville, Kentucky from October 23-25.

Predator Power in the UK will display the products in the company’s booth, 5018 in East Hall.

Along with Predator 50RX and 38RX, the company will show its latest machine, the Predator 360.

The Predator 360SW machine is fitted on a swiveling frame with a turntable mechanism for frame swivel of up to 60 degrees. The machine has a 14 horsepower Kohler CH440 engine and has an above and underground cutting range of 8 inches.

The Predator 50RX is a 50 horsepower machine and has a variable width track base from 31 inches to 47. The machine can cut 15 inches deep and has a swing of 60. It uses the Scanreco G2B radio control system, which allows operators to control the hydraulic lever while maintaining the remote operator. Because of its rear PTO, the machine can transform into a dozer, tow vehicles, mulcher, flail or powerpack.

All Predator machines feature Multi-Tip technology, which allows for fast changing of teeth.