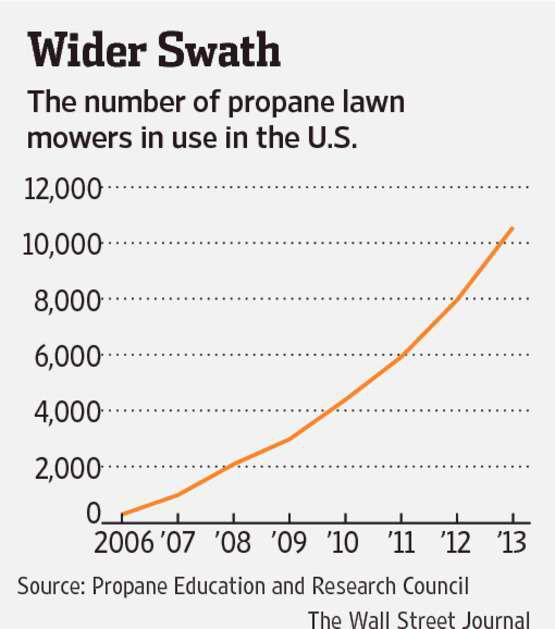 The use of propane in mowers is on the rise across America, and the Propane Education and Research Council says its not stopping any time soon.

With the promotion of lawn mowers using propane, PERC is betting it can grow to a 3 percent share of all commercial mowers sold in the United States by 2016 – compared to the 1 percent now, according to The Wall Street Journal.

The concern for the propane dealership came from the past decade after natural gas started taking its place. However, the industry fought back by providing better performance for the agricultural customers. Now, PERC says it sees true growth and potential by catering to small engines.

The United States itself has become a large exporter of propane by supplying countries like Mexico, Brazil, Ecuador and Chile with propane for heating and cooking.

Landscaping professionals nationwide have eased back into semi-normal operations after undergoing drastic changes caused by the 2020 Covid-19 pandemic, according to a survey conducted by TLC.

How to: Turning landscape lighting systems into smart, wireless systems