With its interest in the underground utility market, The Toro Company debuted its ride-on trenchers at ICUEE 2013.

Powered by a 121-horsepower Cummins 4.5-liter engine, the RT1200 will be available next year, according to our sister site, Equipment World magazine.

Those interested will be able to choose between tracks or tires on the RT1200 and several attachments will be available including a backhoe, six-way backfill blade, rocksaw, vibratory plow, reel carrier and trencher drive. Four-wheel drive and four-wheel steering will be standard.

As for the RT600, which is available right now, the smaller ride-on trencher is powered by a 4-cylinder, 65-horsepower Cummins B3.3 liquid-cooled diesel engine. The trencher features four-wheel steering and incorporates crab steering for better handling on slopes.

The RT600 also uses Toro’s planetary gear reduction system and the trencher comes standard with a six-way backfill blade and, in addition to the trencher, a backhoe loader, rock saw and vibratory plow attachments are available. 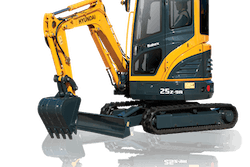 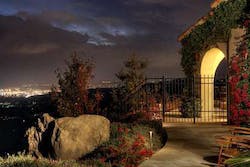 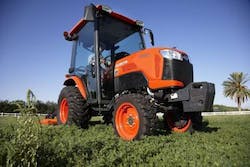