Long ago, back in the B.C. era (Before Controllers), irrigation systems were only as efficient as the person who remembered to manually turn them on and off. By comparison, today’s technologically advanced irrigation controllers are light years removed from reliance on memory, a faucet bib and an opposable thumb.

Generally speaking, today’s controllers fall into two categories: timer-based units and smart models. Timer units are similar to alarm clocks; simple to use, they allow you to determine what days of the week an irrigation system should run, when it should start watering and for how long.

Smart controllers are more complex. In essence, they collect on-site meteorological data — such as temperature and rainfall amounts — and logically adjust a pre-set program accordingly to maximize watering efficiency.

“When you move into smart controllers, you’re deciding to let the controller make watering decisions for you,” explains Adolfo Meza, product manager for contractor controllers, Rain Bird. “By accounting for various factors, you can get a healthy landscape with less water use.”

More advanced smart controllers provide increasingly sophisticated features. For example, some allow users to split the duration of a zone’s watering period into smaller units to prevent wasteful water runoff on a slope. Others employ a sensor that notifies the controller to shut down a particular zone that’s flowing more than it should, perhaps because of a broken valve.

Many timer models allow consumers to add wireless devices that morph them into smart controllers.

“But they’re only as smart as the installer,” warns Craig Borland, senior customer-resource specialist, Toro. “Proper placement and programming is critical.”

Smart controllers are a pretty easy up-sell, adds John Wascher, product manager for residential controllers, Hunter Industries. “If you have a controller that senses a malfunction and shuts down water flow, it saves you a considerable amount of money on water and electricity, if you rely on a pump,” Wascher says.

In short, landscapers can choose from a variety of options. Here’s a look at some of the more popular models from Hunter Industries, Rain Bird and Toro.

Basic unit accommodates three stations, but it’s expandable by three stations at a time for up to 15 total stations, making it most suitable for residential applications.

This four-station, professional-grade unit expands in increments of three or six stations at a time, up to 22 stations in all, which makes it suitable for residential and light-commercial applications. The ESP stands for Extra Simple Programming, which helps minimize time spent on installation training.

• Delay watering; postpone watering for up to 14 days

• Cycle and Soak function, which can break loner-watering periods into smaller increments, to allow water to soak down

This two-station unit is expandable in increments of two stations at a time, up to a total of 12, which makes it suitable for a variety of residential applications.

• Up to four start times per program

• Rain-delay from one to seven days

Suitable for high-end residential clients or light-commercial use, this model expands from six to up to 42 stations — even up to 48 stations with the addition of a Dual two-wire module. Options include a plastic or stainless steel cabinet.

• Real-time flow monitoring, which recognizes and reacts to high- or low-flow conditions

• Adjustable cycle-and-soak feature, which minimizes water runoff on slopes or in saturated soil

This four-station unit expands by three modules at a time to accommodate up to 22 zones, making it suitable for residential or light-commercial use. Advanced smart technology can reduce water usage by an estimated 30 to 70 percent.

• Instant rainfall shutoff, which suspends irrigation when it rains, then measures the rainfall and adjusts watering schedules accordingly, preventing under- and over-watering

• 16 total start times, allotted to programs in any combination

• Run-times ranging from one minute to 10 hours in one-minute increments, which meets the needs of standard or drip applications

• Seasonal-adjust feature (up to 200 percent in 10-percent increments) 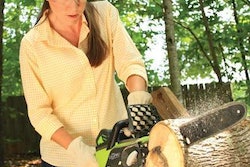 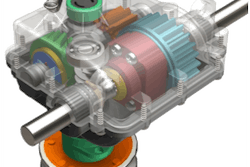 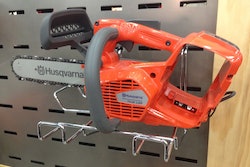 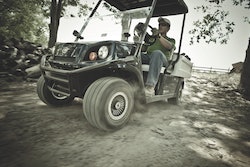