Exmark introduced a variety of products for 2014 at GIE+EXPO in Louisville, Kentucky last week.

With Kawasaki V-twin power, the X-Series is capable of aeration speeds of up to 6.5 mph to deliver productivity of up to 1.6 acres per hour.

The S-Series features a 21-inch aeration width and a transaxle drive system with variable drive speed and powered reverse.

Powered by a rugged single-cylinder Kawasaki KAI engine, the S-Series is capable of speeds of up to 4 mph, allowing aeration of nearly an acre of turf per hour.

The Turf Tracer X-Series has a full-floating Exmark UltraCut Series 4 cutting deck, which is available in 52- and 60-inch cutting widths.

The rear discharge deck includes increased clipping discharge control, reduced noise and the ability to trim on both sides of the cutting deck.

The deck is designed with counter-rotating blades.

Exmark will offer the rear discharge as an option on all 60- and 72-inch 2014 Lazer Z S-Series zero-turn mower models.

An electronic governor (E-gov) is a key to the system. The E-governor enables RED-equipped models to operate in a lower RPM range without sacrifice to blade tip speed or cut quality.

A clutch saver feature extends clutch life by slowing engine RPM to a safe level during clutch engagement and disengagement. RED also monitors vital engine parameters, including engine temperature and oil pressure, to prevent engine damage in-use. The system can place the machine in a ‘safe transport’ mode when critical thresholds have been exceeded to allow safe return for service.

By using a pneumatic spring to suspend the rider, the seat is was designed to complement the company’s mechanically-based suspension seats.

The Air Ride seat is available as a factory-installed upgrade for the 2014 Lazer Z E-Series and Lazer Z S-Series models, or as an option on the Lazer Z X-Series model. 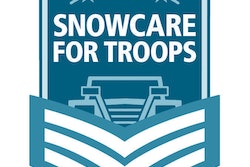 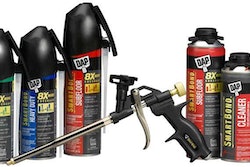 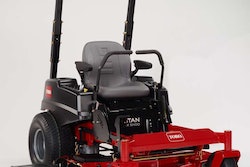 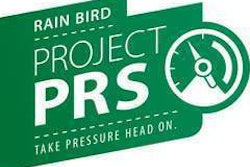