Back in January of 2008, a group of high school students from New York City’s John Brown High School joined a team of Bartlett tree care experts in the canopy of one of Central Park’s oldest trees.

The students and tree care experts were trying to make sure the tree, a European Beech planted at the direction of Frederick Law Olmstead during the construction of Central Park, would leave behind a legacy.

Surrounded by joining organizations, the group had one goal: to clone New York City’s aging historic trees and populate the five boroughs with their offspring.

Additional support for the project was provided by the Coleman Company, Marmot Mountain and David Milarch, co-founder of the Champion Tree Project International.

The Central Park Beech was the first of nine different tree species of historical and environmental significance to be cloned as part of an initiative to preserve and protect historic trees, which have shaded New York’s public parks and streets for more than 100 years.

Cuttings were taken from 25 trees throughout the city and shipped in coolers to Schichtels Nursery Oregon, which propagated 10 genetically identical clones of each original tree.

The students then monitored the progress of the clones over time as part of their agriculture curriculum.

After six years, the clones stand 4 to 6 feet tall and are ready to be planted.

These are the first of many trees that will be planted throughout New York City as part of the MillionTreesNYC campaign.

NY Tree Trust will manage the care of this next generation. 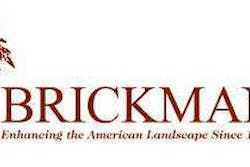 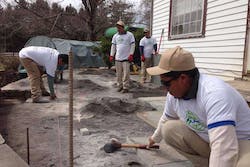 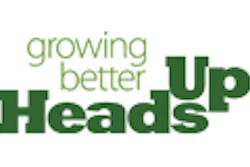 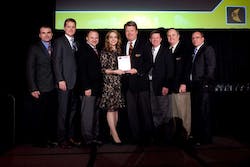