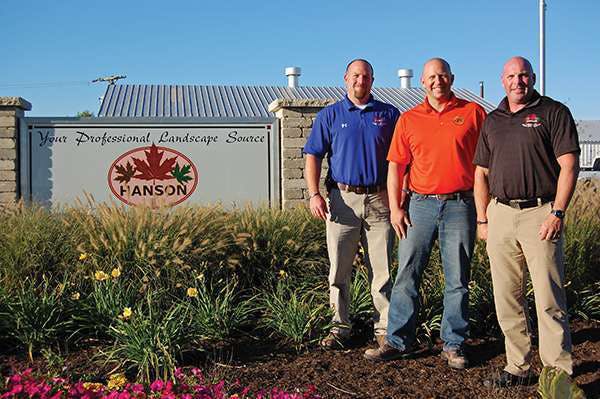 Dustin Hanson comes from a long line of entrepreneurs.

The lineup includes everyone from his mom and dad to his aunts and uncles; so, Hanson says he was destined to run his own business. “I think it was natural that it was a progression that we were going to head in from Day 1,” Hanson says. “It didn’t take me long to realize that I didn’t like working for someone else.”

With a strong family history by his side and a growing passion for the landscaping industry, Hanson ventured out on his own and formed Hanson Landscape almost overnight in 2005 in Big Rock, Illinois.

Seeing green
After quitting his job, Hanson, followed by five other crewmembers, started Hanson Landscape on a Friday. By the following Monday, the company was up and running full time, and according to Hanson, they have never missed a day since. 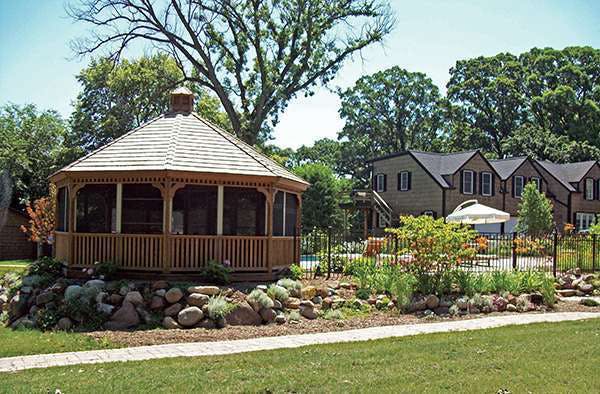 Hanson Landscape takes on challenges with its projects, including a 1,200-square-foot paver patio with 120 tons of granite boulders.

In 2010, Hanson Landscape started offering maintenance after bringing on partner, vice president and brother, Brandon Hanson. “We went from five guys to instantly 20 overnight,” Hanson says. “It just blew up.”

“One of our landscape customers, who happens to be the owner of several auto dealerships, was getting ready to build two new massive dealerships,” Hanson says. “We were able to secure incredible projects for both companies with those buildings. The construction company was able to design and build the dealerships, with Hanson Landscape following up with landscape design build on them, as well.”

Since its inception, the landscaping company has consistently grown, and by the first 12 months of the new partnerships, Hanson and his team had to start hiring management. By the second year, the company grew between 35 and 40 percent with the addition of 10 more employees.

“In a matter of three years, we went from two trucks and one skid steer to 30 trucks, 19 skid steers, two loaders, three tractors and 50 mowers,” Hanson says.

Perfecting the process
Communication is key across all divisions of the company, especially when it comes to the employees. 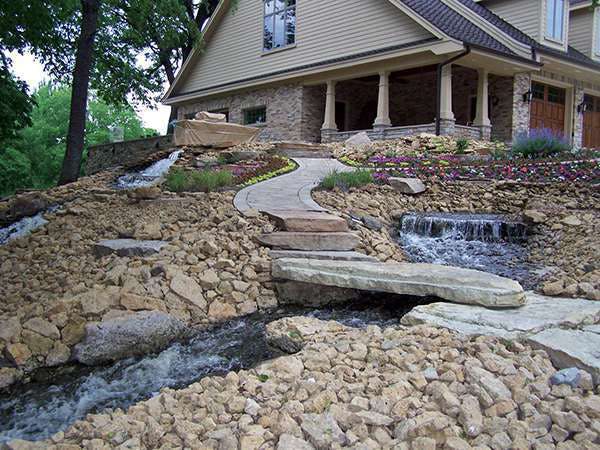 Details are important to Hanson, which is why this two-pump waterfall project had every rock laid by hand.

“We have streamlined the way we do things,” Brandon says. “All of our crews have direct GPS-monitored routes, and they know where they are going every day. I think efficiency is one of the most important keys to our success.”

By installing a GPS system in all of the company’s vehicles, Hanson can track and regulate the safety of the crewmembers, as well. “When we first implemented the program, we found out really quick how much employees speed,” Hanson says. “It has been virtually eliminated, which improves safety for our company.”

The GPS system has saved the company a tremendous amount of fuel and labor costs. For the past three years, Hanson has explained to his crews and employees that the money lost through wasted fuel and labor comes out of their pockets.

“We try to get everyone to understand the business aspect of what we’re creating and where we’re trying to go in the future,” Hanson says.

In the black
To Hanson, finances are everything.

Every partner in the company spends about half of his time working on finances and dealing with money. “The financials will tell you all day long if we’re productive or we’re not,” Hanson says. If they see an area where they’re lacking, they can adjust what they’re doing and get it back in control.

By not borrowing money, being the first one to pay the bills, being the middleman on bids, under promising and over delivering, Hanson Landscape has continued to grow. The company purchased three new trucks, and all of the others are bought used with cash.

“By the time you pay for a $40,000 vehicle with a crew, it’s going to take them six years to work that truck off,” Hanson says. “We buy $12,000 to $15,000 vehicles that are sound. Every single one of our vehicles is paid off instantly, but they pay for themselves within six months. After that six months, those trucks will continue to produce profit for the next six to seven years.”

Additionally, Hanson Landscape purchases its entire Exmark mower lineup on a used-basis only. Where one company might spend money on a new mower, Hanson Landscape will purchase a 2-year-old mower with minimal hours for a quarter of the price.

“The guys will run them for another five years,” Hanson says. “They pay themselves off in one season – not four. After that first season, it’s nothing but profit-generating equipment. If you use that practice in and out with everything you do, you generate way better cash flow.”

Top 100
Nothing is a walk in the park, Hanson says. However, even after battling the ever-changing seasonal weather, new competitors and a constantly changing economy, the company is going strong and has high hopes for the future. 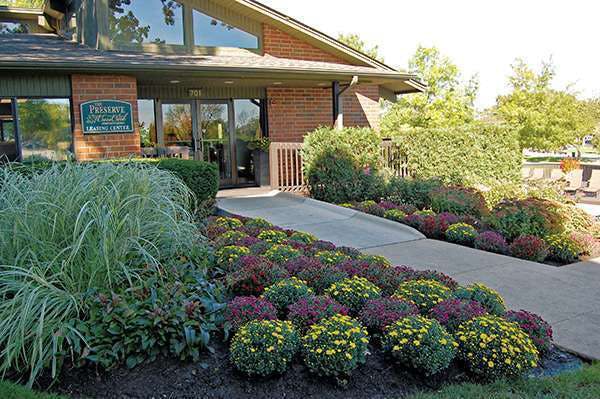 By offering a variety of services, including commercial maintenance, Hanson Landscape can accomplish a variety of projects, like this fall commercial flower planting at one of its jobsites.

Eventually, Hanson says he would like to see his company in the Top 100 in the country. Additionally, the company recently purchased a new 30-acre facility with the intentions of starting a nursery and opening another retail establishment.

“It’s a Frankenstein company,” Hanson says. “When you start throwing in all of these other elements, and these possibilities of what Hanson Landscape can do because of the sister company that it belongs to, it’s a perfect storm. It gives us an incredible amount of power to pull off impossible tasks.”

Read about Hanson’s 5 keys to success.

Enter the Landscaper of the Year program. The deadline is July 31! 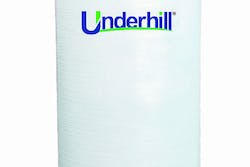 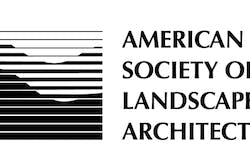 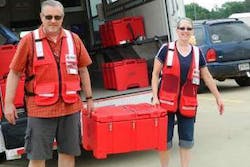 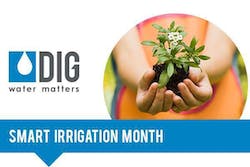