As World of Concrete kicks off in Las Vegas, Nevada today, manufacturers are unveiling a variety of machines on the floor, including Case Construction Equipment.

In addition to the introduction of two skid steers, the company also released Tier 4 Final skid steers and CTLs with SCL technology.

Additionally, the machines have a bucket breakout force of up to 8,680 pounds, standard hydraulics (24.2 gallons per minute) and high-flow auxiliary (33.2 gpm).

Both machines feature no filters to maintain or fluids to add, and Case’s particulate matter catalyst is a combination of a diesel oxidation catalyst and a flow-through filter. The DOC oxidizes the machine’s exhaust to create heat and manage emissions. The remaining particulate matter then passes through to the filter where it is slowed and burned.

Hydraulic quick couplers allow operators to change attachments from the cab, while Connect Under Pressure manifolds require no tools to connect or disconnect hydraulic lines. Both models now come standard with a block heater and a 25.5-gallon fuel tank.

The SR270 radial-lift skid steer features an operating capacity of 2,700 pounds at 90 horsepower.

The Tier 4 Final models both feature SCR engine technology, which is a result of emissions reduction experience by Fiat Powertrain Technologies.

Rated at 90 gross horsepower, the machines include standard (24.2 gallons-per-minute) and high-flow auxiliary (37.6 gpm), as well as a 25.5-gallon fuel tank.

Because SCR is an after-treatment system, it lowers exhaust temperatures and does not require fuel use associated with burning off particular matter.

Both machines include the 950 CCA battery designed for cold-weather startups.

TR340 and TV380
Rounding out its World of Concrete display, Case unveiled the TR340 and the TV380 compact track loaders.

The two machines round out the company’s lineup of large-frame CTLs, now providing a radial-lift (TR340) and vertical-lift (TV380) design to choose from in the larger footprint.

Both machines are rated at 90 gross horsepower, produce 282 foot-pounds of torque and increase hydraulic flow rates (standard: 24.2 gallons-per-minute; high-flow: 37.6 gpm). Both machines also include the 25.5-gallon fuel tank and the 950 CCA battery.

All of Case’s machines include the 360-degree visibility with a cab-forward design, skylight and ultra-narrow wide side screens. 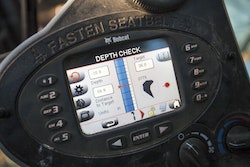 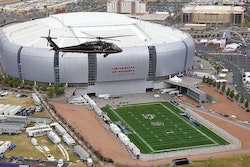 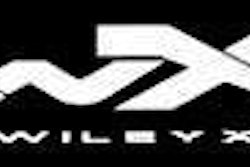 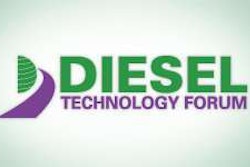