The order, the first in California history, will impact residents and businesses, but will not affect farmers, who have already suffered cuts to their allocation of water.

Last week, NASA’s Jay Famiglietti had called for immediate water rationing in California, stating that groundwater and snowpack levels are at an all-time low, leaving just a year of water supply remaining in the reservoirs.

California’s snowpack, which traditionally provides about a third of the state’s water, is at the lowest level on record, according to Reuters.

Although some water agencies had cut water usage voluntarily during 2013 and 2014, Brown said it was not enough. The governor’s program included additional water conservation measures that included a plan to replace residential lawns with drought-resistant landscaping, with the target being 50 million square feet statewide; a ban on any type of irrigation in new housing developments other than recycled or drip irrigation; and no watering of ornamental lawns on public street medians. Golf courses and parks will also be impacted.

For tips on saving water, see our articles on smart irrigation, landscaping for water conservation and rainwater harvesting. 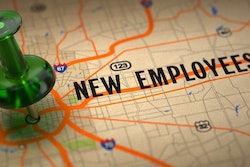 How to get new, seasonal employees through orientation 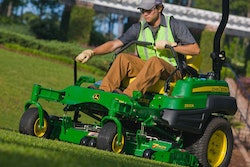 Get your mowers ready to roll 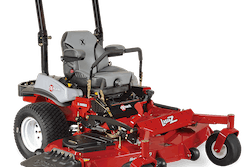 Exmark’s “Take Back Your Weekends” contest prizes include mower, a trip to Masters golf tourney