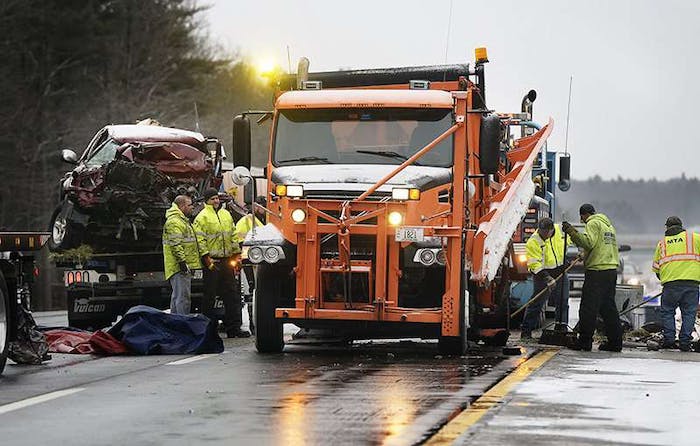 Just as the state of Maine is seeking to hire dozens of new snow plow truck drivers, a deadly accident on Friday left a plow truck driver injured while he was helping at an earlier accident involving a jackknifed tractor trailer.

Maine resident Michael Sands, 48, was killed after the pickup he was driving slammed into the back of a plow truck on the Maine Turnpike in Wells. The driver of the plow truck was briefly hospitalized.

A light snow had been falling and the plow truck’s warning lights had been on at the time of the 6:30 a.m. crash, according to pressherald.com.

The fatal wreck happened about an hour after a tractor-trailer had jackknifed in the southbound lanes and slammed into a median guardrail, pushing it into the left, northbound lane.

Another plow truck was pushing the guardrail back into place at the time that Sands’ pickup collided with the plow truck that had been warning oncoming traffic about the road work. Speed had been reduced to 45mph at the time.

News of the deadly accident comes as Maine’s Department of Transportation seeks to hire 90 plow truck drivers to help cope with an increasingly high turnover rate.

“They are out making sure the roads are clear and safe when they are telling everyone else to stay home.”

Entry-level plow truck drivers start at $13.46 per hour. More experienced drivers make up to $18.46 per hour. State trucks plow roughly 8,200 miles of roads, including Interstates 95 and 295.

Last week, the only snowplow driver in Parsonfield, Maine quit following a winter storm that left behind 25 inches of snow on the small town. Residents, along with state DOT, local plowing contractors and volunteers from nearby towns, banded together to salt and clear the roads. 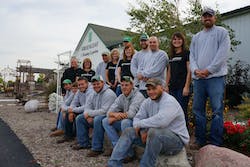 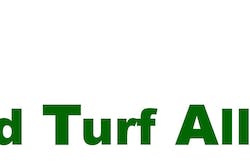 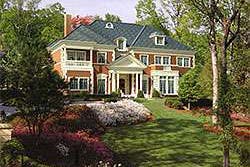 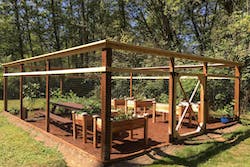