To help cut down on the amount of ticks present in parks and other natural areas, some towns in Long Island are turning to the bobwhite quail for assistance.

The bobwhite quail is a ground hunter with a large appetite, and its daily menu consists of insects such as beetles, grasshoppers, caterpillars, spiders and ticks. This makes it the perfect weapon for towns and parks to use in the fight against tick infestations.

According to the Mother Nature Network, the natural population of the bobwhite quail has declined by 85 percent from 1966 to 2014 due to habitat loss from development and an increase in cats.

“Cats take a massive toll on our ground-dwelling wildlife, such as the bobwhite quail, which turns out to be our front line of defense against ticks,” Eric Powers, a wildlife educator who first started the quail release program in 2002, told Long Island Weekly. “So, the biggest help anyone can do is to keep your cats inside. If the community wants my help re-establishing quail populations around Long Island to combat ticks then I need your help in return…please keep your cats inside.”

In towns like Smithtown and Northern Hempstead, there have already been dozens of birds released into the park areas to help control the tick populations.

Judi Bosworth, supervisor for the Town of North Hempstead, is glad to see this chemical-free option of tick removal, and she believes it is just the weapon they’ve been looking for.

“We wanted to find a way to deal with insects that carry diseases that could harm our residents and our pets in a way that would not, in fact, add toxins to the environment,” she told Fox5.

Powers sees this solution as two-fold because not only does it cut down on the tick population, it also helps return a once widespread species back into their habitat.

According to the Mother Nature Network, tick populations now exist in all 50 states, and once a tick has attached to a human it can transmit as many as 20 diseases. Lyme disease is the most well-known, and according to the Centers for Disease Control and Prevention, ticks are responsible for more emerging diseases than mosquitoes.

For those interested in creating their own quail army, Powers has created how-to videos here. 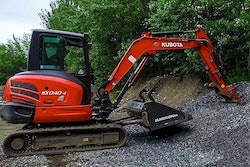 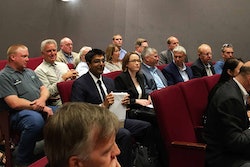 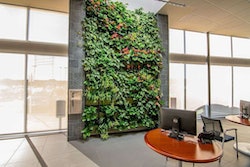