Three local bands took the stage throughout the evening to entertain the crowd and share information regarding GCFT. The bands were The Delano Six, Little Chicago and Delano River Band. Little Chicago is managed by Den and Dan Gardner, Delano natives. In 2006, GCFT says that Den Gardner was instrumental in the group’s launch.

More than $10,000 was raised through ticket sales, beverages and food and a raffle ticket sale for a chance to win Toro power equipment. The group says that a portion of the proceeds will be donated to the Delano American Legion.

“Thriving lawns, trees and plants go beyond the aesthetics; they are an integral part of the social fabric of a community, and provide a safe yard for kids to play and a serene environment for military families to de-stress,” says Cindy Code, executive director of Project EverGreen. “Managed yards are also instrumental in helping wounded veterans rehab and re-connect with their families.”

One turfgrass science student will have the opportunity to travel to Minneapolis, Minnesota, to help the grounds crew prepare the football field. Toro says that with its extensive history of supporting student scholarships and educational activities, the company and the National Football League are proud to offer this learning experience.

For almost 50 years, Toro says its equipment and representatives have been involved in preparing the stadium and practice fields for the Super Bowl. Starting with the inaugural World Championship in 1967, Toro says the NFL grounds crew has relied on Toro for its expertise and equipment in preparing the game field and multiple practice facilities. The organizations partnered in 2002 to establish the Toro Super Bowl Sports Turf Training Program.

Through this program, Toro says its crew and the NFL’s Super Bowl grounds team collaborate to offer a program aimed at enhancing the skills of emerging sports turf professionals. Toro says this program provides hands-on experience in maintaining and establishing one of the highest quality and safest playing surfaces in the world.

The winner will be on hand at U.S. Bank Stadium beginning on Jan. 27 to begin preparing the field leading up to the game on Feb. 4.

Applicants must submit an application form and a 500-word typed essay that describes the applicant’s professional goals to be considered for the program.

A reference and resume are required, and entries must be accepted by Oct. 20, 2017. The application must include the contact information of a school advisor or representative.

The winner will be notified no later than Nov. 4, and application can be completed online.

Novak Construction recently served as the contractor for the new Whole Foods Market Midwest flagship location in Chicago, Illinois. Located in the Lakeview neighborhood at the historic Ashland-Belmont-Lincoln intersection, the 75,000 square-foot store is wrapped on three sides by a green wall.

The 10-foot high vertical garden features more than 5,000 plants and was created with the LiveWall system.

“The living wall softens the building’s exterior while providing beautiful greenery along the busy pedestrian corridors,” said Grey Novak, Novak Construction project manager. “It is a unique landscape feature that everyone in the neighborhood can enjoy.”

The wall was installed by Classic Landscape, LTD, and totals 4,740 square feet. It is divided into three sections: north, south and west.

The LiveWall system is comprised of modular planter boxes that contain more than 5,000 plants, and LiveWall says it customized the plant selection from a palette of seven different perennials based on the anticipated patterns of light each side would receive throughout the day.

“The living wall complements both the new landscaping added outside the store as well as the existing landscape of the neighboring area,” said Nick Aholec, construction project manager, Midwest Support Office, Whole Food Market. “It represents what Whole Foods is all about: organic, natural and intimately tied to the neighborhoods we serve.” 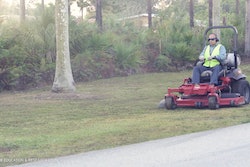 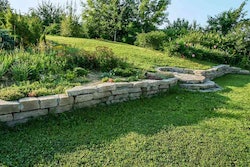 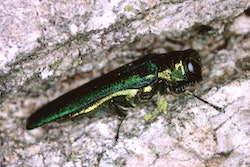