While your customers may think fall is the time things start winding down and they no longer need your lawn care expertise, their yards are still susceptible to a number of turf diseases.

Adam Armit, a senior sales executive with Park West, based in Rancho Santa Margarita, California, shares some of his advice on fighting turf diseases and having a good defense.

Most turf diseases are fungal and fall is prime time for many different strains of fungi that love warm weather and wet soil to appear. Armit says that in Southern California if irrigation and fertilizer applications are not scheduled correctly, various rust outbreaks are common as well as dollar spot.

“In many other parts of the country that experience more rain, the issue can be outbreaks of stripe smut, red thread, powdery mildew and leaf spot, among others,” Armit says.

According to Armit, most turf diseases occur when there is an excessive environmental condition whether it be wet soil with high nitrogen, or an absence of nitrogen.

“For any disease to break out, three things are needed: a susceptible host, a pathogen (sometimes a pathogen in sufficient numbers) and the proper environment to foster the disease,” he says. “Landscapers have limited control over the host and can plant cultivars of disease-resistant turf. The pathogens are all around and will never be totally eliminated. The obvious solution is to focus on creating environments suitable for lush turf performance, while reducing the likelihood of fostering turf diseases.”

“It’s all too easy to let diseases pop up when we get too busy, take our eyes off the ball or let our agronomic plan break down,” Armit says.

Because there are three things needed for a disease to break out, turf disease management often uses a three-pronged approach. Armit advises selecting a turf species that has a good resistance if there is a particular disease that is prevalent in that area.

Next is making sure that the turf is healthy and is not fostering an environment for the disease.

“If it’s a constant battle with a disease that loves wet conditions, change the irrigation cycling or increase soil drying by reducing thatch, aerating or even mowing a bit shorter,” Armit says. “Take a few soil samples to see whether fertilizers are being over or under applied or if the pH level is not allowing the fertilizers to be efficiently used by the turf.”

After this step is spraying fungicides, as a majority are contact in nature and are broad spectrum. This works best on leaf blade diseases. Systemic products are more specific and are why it is important to identify which particular turf disease you are dealing with.

When it comes to recognizing what sort of fungal disease you’ve encountered, some of the factors that can help you narrow it down are the season, the soil and environment. Sometimes simply observing which cultural practices are wrong can remedy the situation and bring the disease under control, but other diseases need to be treated with the proper fungicides.

Since sometimes poor irrigation coverage or pest issues can be mistaken for turf disease, Armit advises getting close and pulling a few blades of grass.

“If the issue is on the individual plants, use magnification to see if there are lesions, stripes, dust or threadlike structures,” he says. “If lesions are circular, small and tarnished with a dark brown or purple boarder, it is usually leaf spots, whereas red, yellow to tan blotches may indicate blight. Pustules of brick red to orange that wipe off easy are generally rusts.”

Armit recommends using the NC State TurfFiles disease identification database, which can be accessed on a smartphone and lists the diseases by the turf type they are found on and the month of year and then goes into the list of symptoms.

When it comes to best defensive practices, Armit warns against applying too much nitrogen in the fall or too late in the season as these can result in various turf diseases.

“Balance and timing are the keys to doing an appropriate fall feeding for the climate and soil,” he says. “Soil sampling is an important way to ensure correct rates are being used. Soil samples are inexpensive and usually save money as many landscapers tend to over apply nitrogen.”

Yet there is no true silver bullet to fighting turf disease. Only a comprehensive turf disease plan will help keep things under control, otherwise “solving” one problem will only cause another appear in its place as some diseases thrive when there is excess of nitrogen while others appear when it is lacking.

“Many landscapers fly blind and throw water, fertilizer or spray at every problem,” Armit says. “This usually leads to excessive costs for the property owner and the landscaper alike. Take soil and/or tissue samples, keep a log of the diseases and the conditions and times it occurs, and visit the local agricultural extension office to learn about the common disease management strategies in the area. By adhering to a solid turf management schedule, many diseases can be controlled.”

Just like Goldilocks, healthy turf doesn’t want to be over or underwatered nor over fertilized or under fertilized. It needs things to be just right. 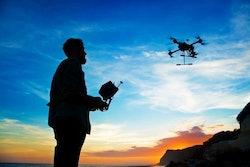 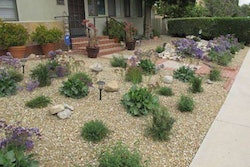 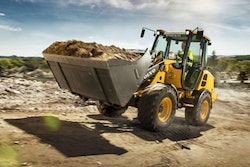 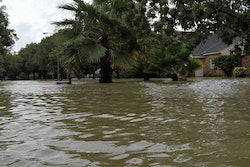