Russ Jundt had a background in finance, but that didn’t stop him from wanting to make a difference in the green industry.

In 2010, Jundt and fellow founder Tom Olson, created Conserva Irrigation to remedy the wasteful use of water in the landscape.

“It’s a niche and being on the water conservation side, we’re filling a void,” Jundt said.

Right now, the company has 32 territories across the country, but it expects to have 400 by 2025. Jundt says that through collaborating and cooperating, Conserva will be a part of something bigger since there has never been a national player in irrigation.

Conserva has partnered with Toro and SiteOne Landscape Supply, allowing it to provide competitive pricing as well as leads on new customers for its franchises.

The company is actively seeking new franchisees and Jundt says it is his goal for it to be as much of a plug and play system as possible.

“We help them with accounting, websites, anything and everything for running a business,” he said.

According to Conserva, there are 45 million residential irrigation systems that it can serve and by using smart irrigation technology, homeowners can reduce their water usage by up to 60 percent.

Jundt says that the right people for the franchise are solid, honest, hardworking and want to be in the business.

“I want people who want to do something special,” he said.

For Jundt, Conserva Irrigation is far more than an irrigation company.

“We’re changing the way that we’re watering the world,” he said. “We’re giving the earth back to our kids better than we found it.”

The company is able to help homeowners improve their conservation methods with its System Efficiency Score (SES) which audits the efficiency of their existing system and proposes system upgrades.

“We’re bringing professionalism back in the industry,” Jundt said. “Consumers are calling us because they want lush, green landscapes.” 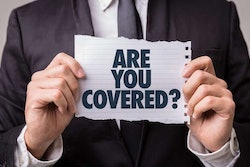 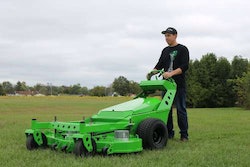 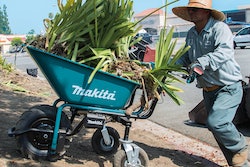 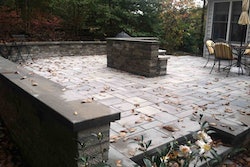 Live Green uses Vectorworks to stay one jump ahead