Sun Valley Landscaping, based in Omaha, Nebraska, prides itself on sticking to its core values known as the Sun Valley Way.

“We want to make sure that people enjoy the outdoors, but we also want to basically grow people, so it may sound a little cheesy but we’re growing landscapes and people,” says Hugh Morton, co-owner of the business.

As part of the company’s strategic plan, Sun Valley focuses on one of its core values each year, and this year is about the client experience and how the company interacts with them.

Some of the business’s practices with their current customers also pull double duty in generating leads for future jobs. For instance, when they are about to start a project in a neighborhood, they will send out letters and use door hangers to let the neighbors know they’ll be working there as well as a little more about the company.

“What’s interesting is our top search term on Google right now is ‘Sun Valley Landscaping’ so they already know about us before they’re going to Google,” says Ashly Neneman, general manager for the company. “So, they’re finding out about us through other ways.”

Another way the company attracts new customers is through its branded vehicles. Neneman says that this time of year it is especially common for them to get calls from people saying they saw a Sun Valley truck or a crew out mowing a neighbor’s property.

Since these branded vehicles are such a big lead driver, one goal the company has this year is to standardize the entire fleet with one color rather than a number of different looks.

“By the end of this year, you should see that all of our trucks are black with our logo and they all have that distinct look,” Neneman says. “So, when you see that black truck driving down the road, the goal is you know it’s a Sun Valley truck.”

While customer referrals remain their biggest lead source, Sun Valley still believes in participating in advertising and sponsorships. One of the company’s most notable partnerships is with the Royals’ Triple-A affiliate, the Omaha Storm Chasers. The company created a huge patio at the stadium dubbed the Sun Valley Party Patio, which gets considerable visibility.

Sun Valley strives to give back to the community in a number of ways and this became ingrained in the business after introducing an initiative known as Commit20 in 2015.

In celebration of 20 years of business, Sun Valley, in turn, wanted to thank the Omaha community by asking employees, clients and the community to pledge and volunteer 20 hours of service that year.

The goal was to give back to the community and inspire others to do so as well. At the end of the campaign, 29,000 hours of service were logged through Commit20 and since then it has become a regular part of the company’s business strategy.

“Basically, if you go to any silent auction in town you’re probably going to see one of our mulch certificates, which those are really a hot ticket item,” Neneman says. “It sounds so small, but people just come running with their certificate in their hand to redeem those.”

Aside from monetary donations, Sun Valley also participates in GreenCare for Troops and SnowCare for Troops and helps local food banks by maintaining their gardens and lawns. Yet, Paul Fraynd, co-owner of Sun Valley, says they are open to helping any time the opportunity presents itself.

“My favorite thing is to watch our guys volunteer for a day doing landscaping because you know, let’s be honest, they’re not always looked at as this big grand profession, but on those days, the guys are the heroes,” Fraynd says. “They came in and what looked like this crazy thing that can never be cleaned up, the guys chopped it down and got it mulched in one day. So, I love watching them be the heroes, so we try to find a lot of those projects.”

One particular area where Sun Valley goes above and beyond in customer service is with its supply yard. While it started out simply as a pile of dirt and leftover river rock from a landscaping job in 1995, the yard has developed along with the business.

Sun Valley’s supply yard serves both DIYers and fellow landscape contractors, along with the company itself. One might think that it would be awkward to sell to the competition, but Morton says there’s nothing awkward about it at all.

“Omaha is a small city,” Morton says. “Almost anyone you run into will say that. The smart ones know it’s not worth competing. We’re proud of what we do and we’re not going to hide it from the world and we shouldn’t be ashamed of it.”

In fact, Morton and Fraynd themselves met at the supply yard when Fraynd made the rookie mistake of overloading his pickup truck with material. Morton took 20 minutes to help educate Fraynd on the matter.

Sun Valley makes a point to share their expertise and advice with anyone who comes looking for help, whether they are a competitor or not. Fraynd says they aid contractors for the same reason they participate in the National Association of Landscape Professionals (NALP), to help elevate the industry.

Jeff Hylton, who is the yard manager for Sun Valley, knows that his expertise and service is what helps the company’s yard stand out from the other options.

“A rock yard is a rock yard,” he says. “The difference is the service.”

Since the supply yard is farther east than some landscapers would like to drive, Sun Valley even delivers material for cheaper prices.

With 25 years in the business, Hylton can teach both consumers and contractors if they ask for his advice. He says contractors never have to worry about Sun Valley taking a customer from them, as stealing clients is sacrilege in his opinion.

If a contractor’s customer was to come to the yard and complain about the job they did, Hylton will notify that landscaper to help make the situation right but will respect the customer if they don’t want to tell the contractor about the issue.

Unlike other supply yards that use a truck scale, Hylton opts for a pallet scale and ensures that every product sold is examined so landscapers end up with quality products instead of paying for broken or damaged pavers. For that matter, the company makes a point to test all of their products in general for their durability.

“We’re not going to put our name on something we don’t trust,” Hylton says.

Check back tomorrow for part 3 of this series, where we’ll look at Sun Valley’s plans for the future and keys to success. 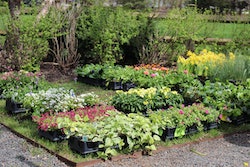 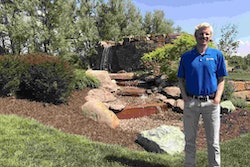 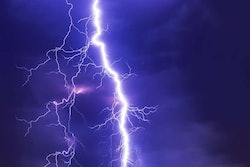 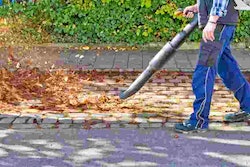