Campus life: Getting to know the grounds of Auburn University 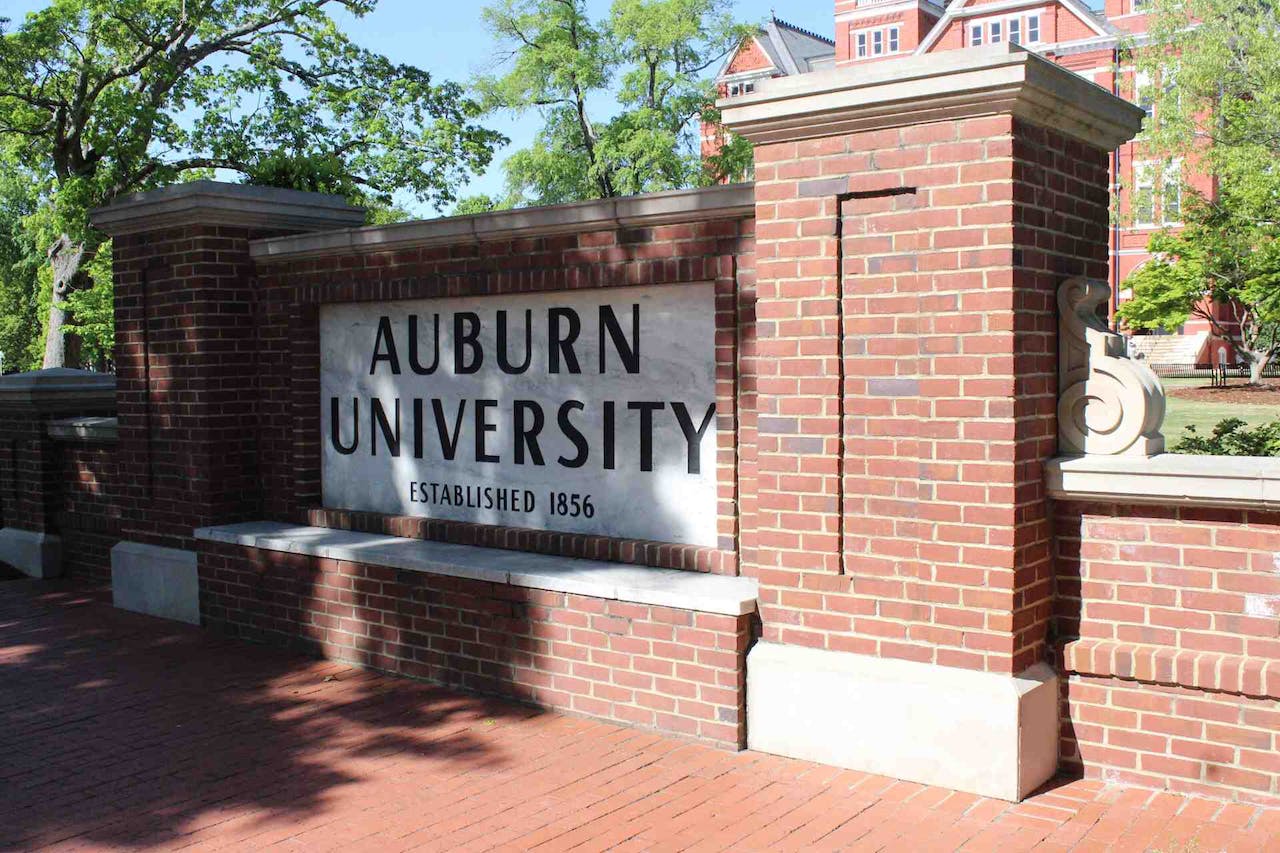 This is part one in a three-part series. The sequel article will publish on TLC tomorrow.

Spanning more than 1,840 acres and catering to nearly 30,000 students today, Auburn University has grown tremendously from its humble beginnings in 1856.

By far, one of the most impressive features this campus boasts of is its landscape, which is managed daily by a dedicated team of horticulturalists, arborists and other green industry professionals.

Leading this group is the superintendent of Facilities Management Landscape Services, Justin Sutton. 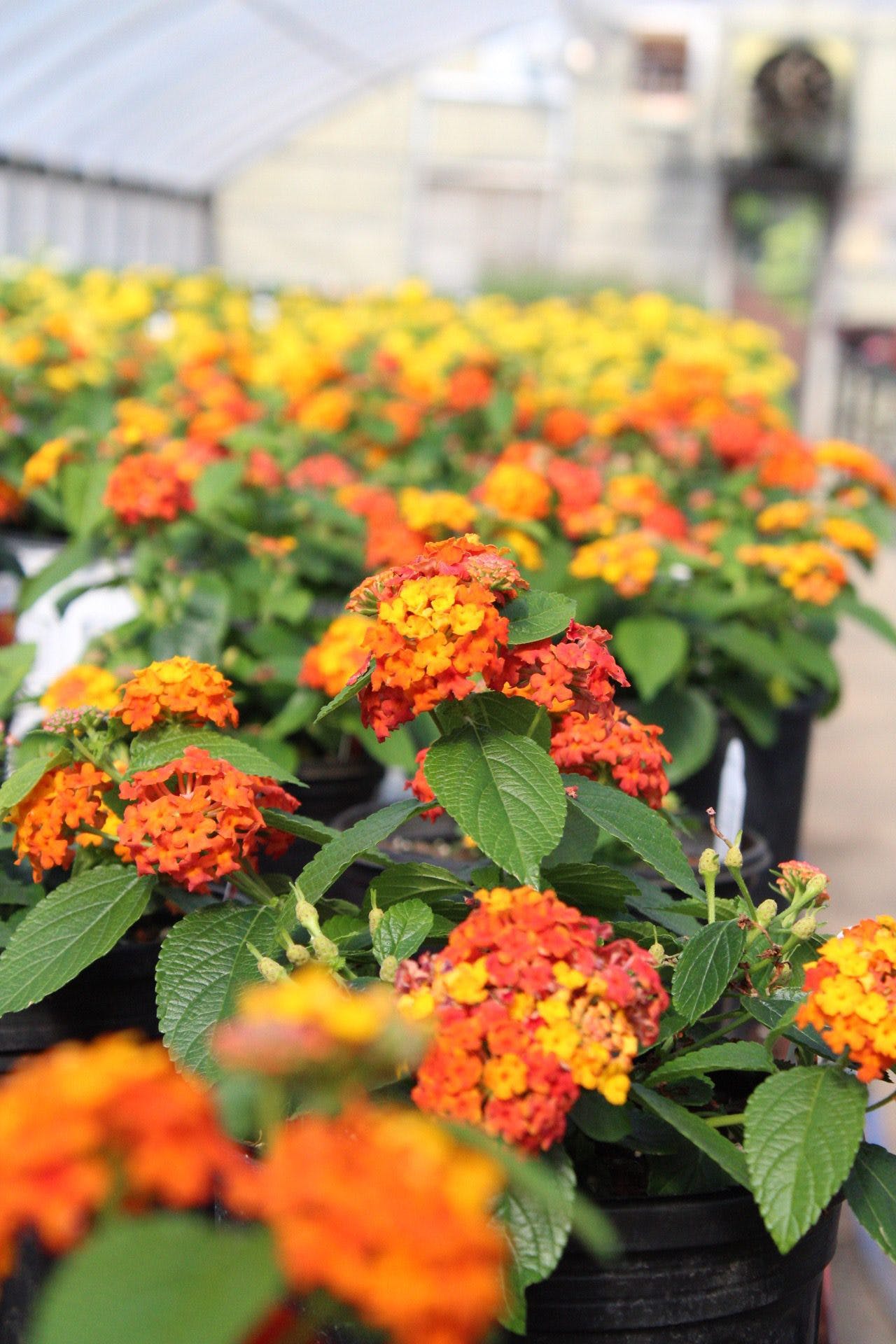 Sutton began his journey in the green industry by working with a lawn care company while in high school; by his second summer with the company, he was promoted to crew foreman.

“It was kind of intimidating because I was running a crew of guys who were almost twice my age, and I was just in high school,” Sutton said.

After seeing his brother graduate with a landscaping/horticulture degree, Sutton began working with him at a golf course before he attended Auburn University.

During his time at Auburn, Sutton further explored his love of horticulture by completing his degree in landscape/horticulture and a minor in turfgrass management. While in school and after completing his degrees, Sutton worked with the university as an assistant to the turf manager for the athletics department for almost 13 years. Following this, he served as the landscape superintendent for the City of Opelika for three years. After holding this position, he returned to the university and took the position he holds today.

While there are many behind-the-scenes members of the grounds management team, another notable player is Brittany (Britt) Foster, greenhouse coordinator.

Foster began working with the university in 2005 while she was still a student of the horticulture department. After graduating, she stayed on with Auburn and is now responsible for the design and installation of seasonal color campus-wide. Foster has always had a love of the outdoors, and after transferring to Auburn and pursuing horticulture, she says she has never looked back.

Working on a college campus

When it comes to the daily task of maintaining the university’s landscape, Sutton and Foster agree that one of the biggest challenges they face is maintaining the safety of the students, which is a main consideration, while still trying to complete their tasks. 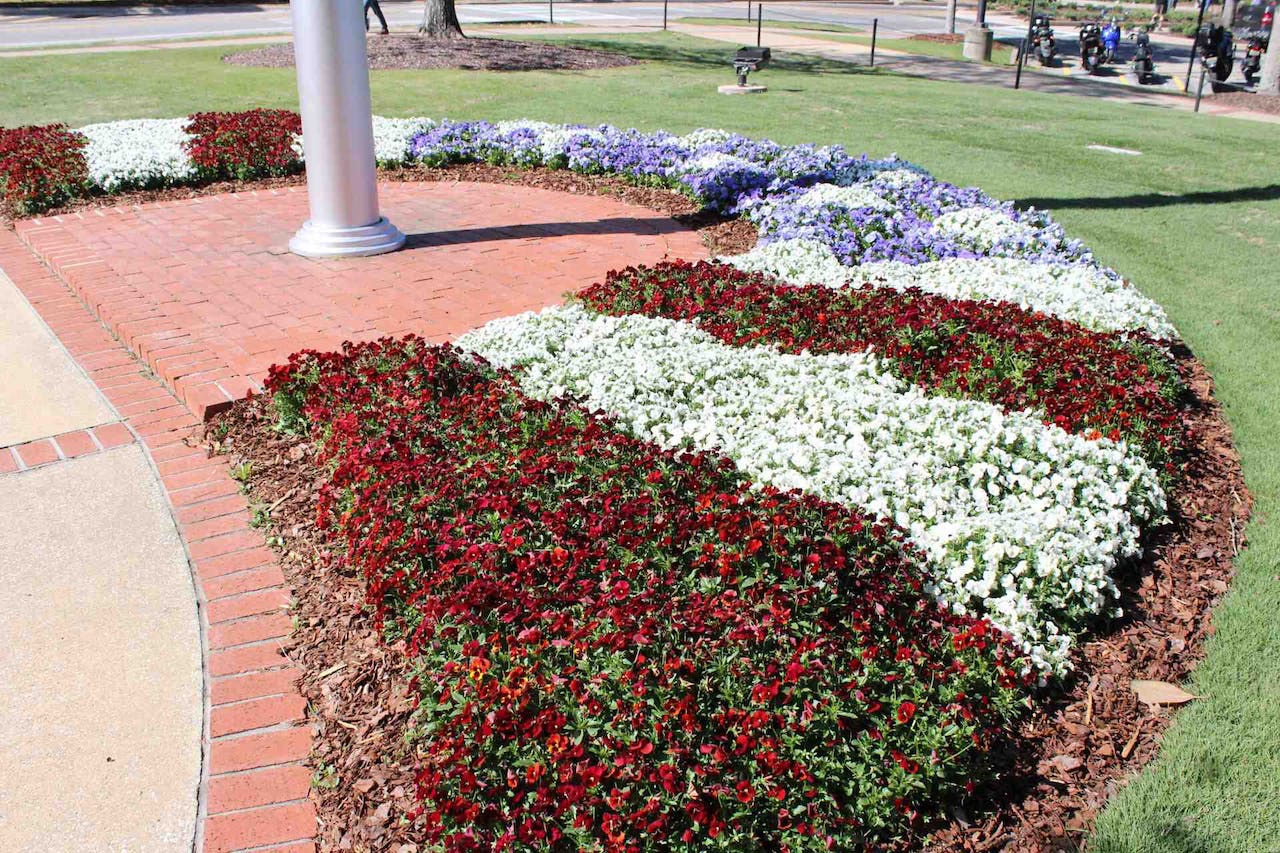 “We have to take the students’ safety into consideration (as well as) our safety,” Foster remarked. “So, we have to make sure we’re getting the job done (while) being safe and making sure we’re not disrupting classes or any kind of campus operations.”

With more students arriving on campus each year, Sutton and Foster agree it’s especially important for landscaping crews to abide by safety rules, while still working diligently to finish projects. Sutton adds that the number of events and activities that take place on campus also plays a major part in the day-to-day operations of the grounds crew.

“There are so many different events going on at any given time on a campus as large as Auburn’s,” Sutton said. “And really, trying to schedule everything so that those events are treated all the same (is difficult) but important. To that one person, that event is their everything, whether it’s graduation or some type of student organization event that you plan for all year. We understand this and try to have everything on our end looking the way it should so that every campus event can be a success.”

In comparison to working in commercial and residential work, Sutton says the constant presence of people isn’t something that really has to be dealt with regularly, and unlike non-campus landscape work, the workday usually runs from 6 a.m. to 2:30 p.m. 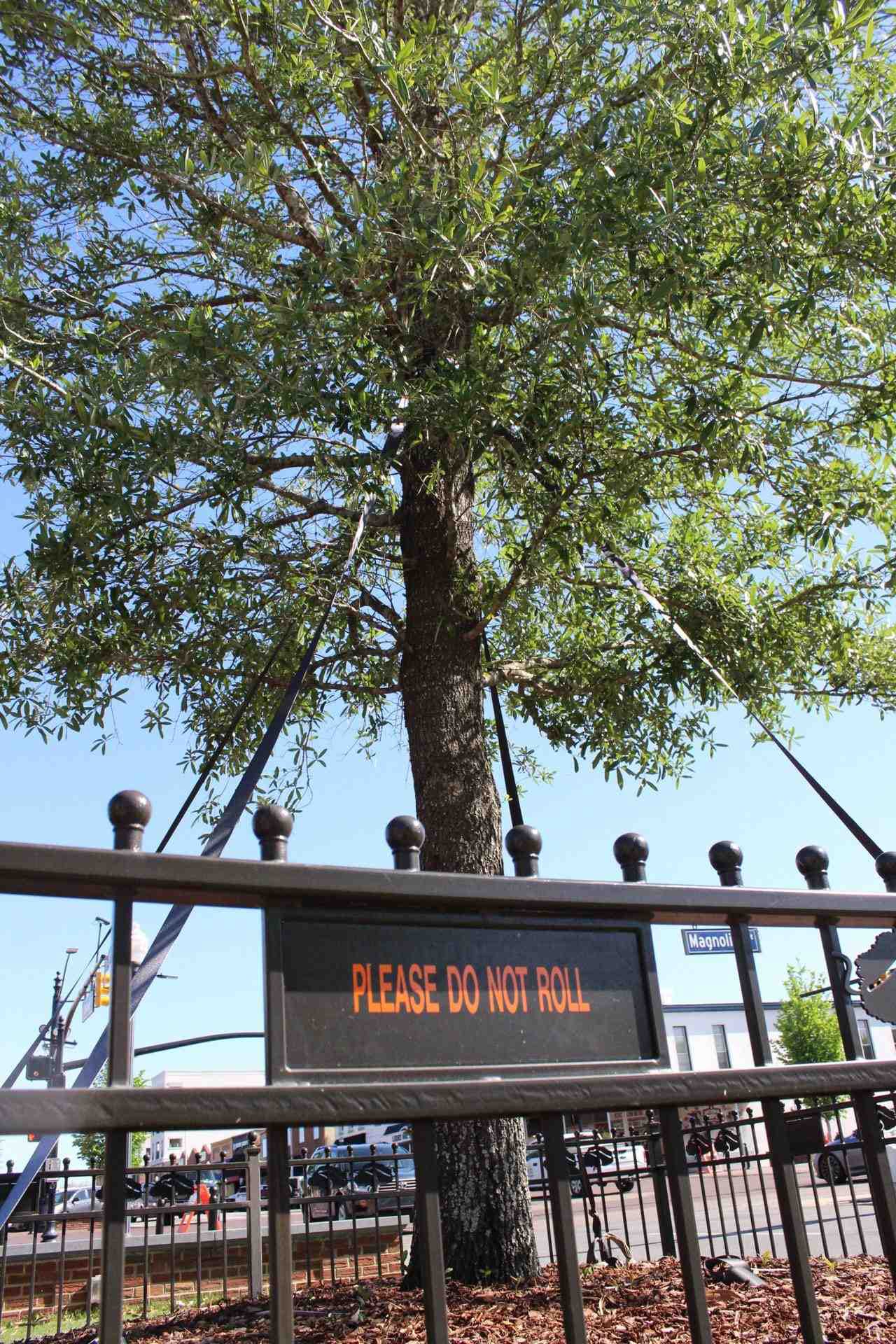 “Our number one priority is making sure the students, staff and faculty can get to class safely and have the opportunity to enjoy the landscape on their way to class.”

Sutton notes that his crews try to get their work finished first thing in the morning while the students are asleep, but this still poses the challenge of trying to finish work while respecting quiet hours around the campus.

Other unique challenges the grounds team encounters are the excessive amounts of trash that must be collected, especially after major events, sporting or otherwise, and the possibility of inclement weather. Even when the university closes, the landscaping crew still works to ensure roadways and pathways are accessible.

Sutton says that, by far, the best difference between working at a university versus another landscaping company is the employees he interacts with.

“We have employees that really take pride in what they do; there’s not a lot of turnover, whereas at a landscaping company you may have a new guy every three, four, five weeks,” Sutton said. “Plus, the benefits of working for a university make a big difference.”

Another goal Sutton has for his department is to ensure the campus is constantly looking its best, even after a hectic football weekend. Regardless of how the campus looks on Saturday at the conclusion of a football game, Sutton says come Sunday and Monday, visitors will never be able to tell there was even a game that weekend.

“Football is one of the major events that separates us from any other kind of company or maintenance anywhere,” Sutton said. “Even a step further, the cleanup from the tradition of rolling Toomer’s Corner puts us a step up above any other Southeastern Conference (SEC) school in the country.”

Along with ensuring the safety and well-being of the student population on campus, the Facilities Management crew also works diligently to improve existing methods and create new sustainability practices. 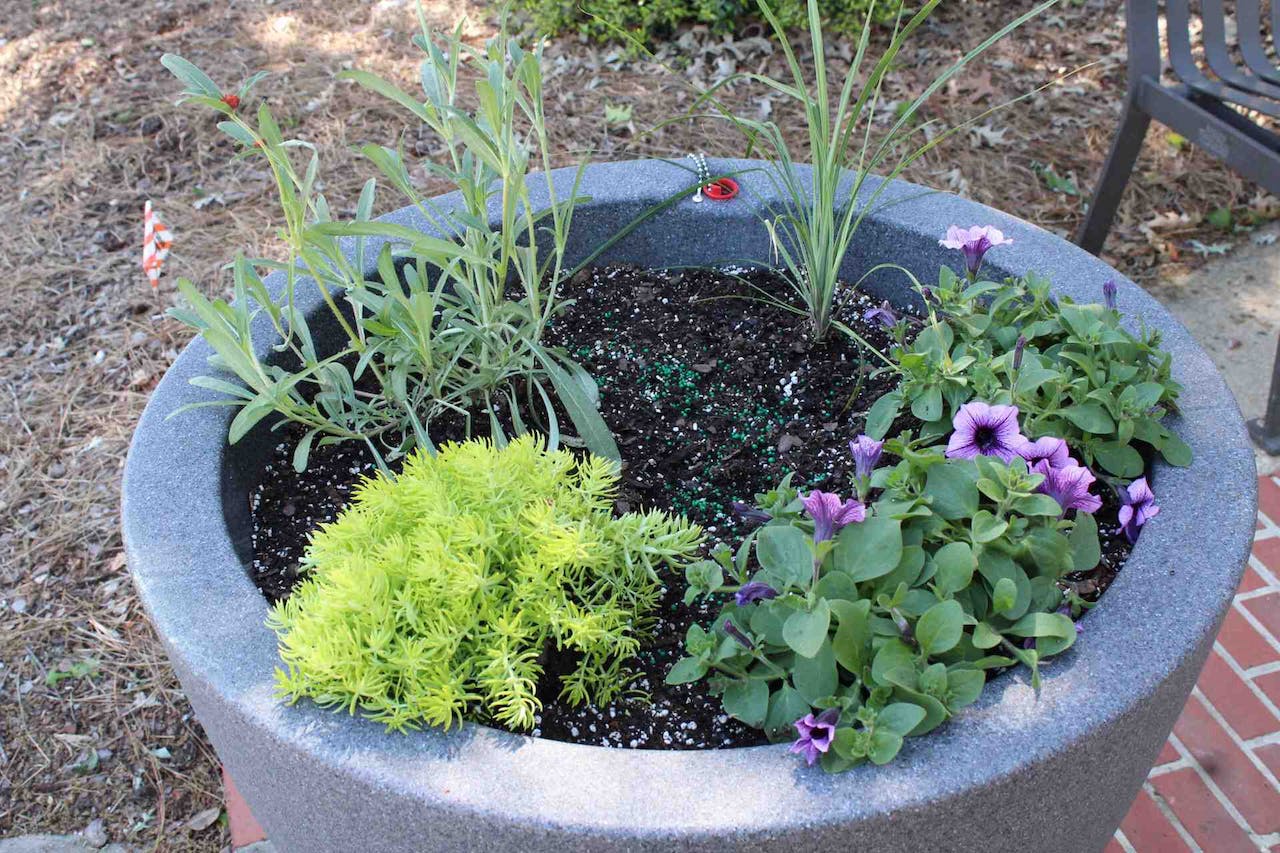 A newer idea the group has experimented with is the installation of self-watering pots that, in time, will be installed campus-wide. These will replace the existing concrete pots.

As a self-watering item, the pots feature reservoirs at the bottom that store water. These pots have an overflow system that allows water to run out the bottom once full and located under the plants in the center of the pot is a wicking system. Foster says this system is made out of recycled carpet that pulls the water up from the reservoir in the bottom to water the plants from underneath.

“The plants end up seeming to be a lot healthier in these pots than in, say, a 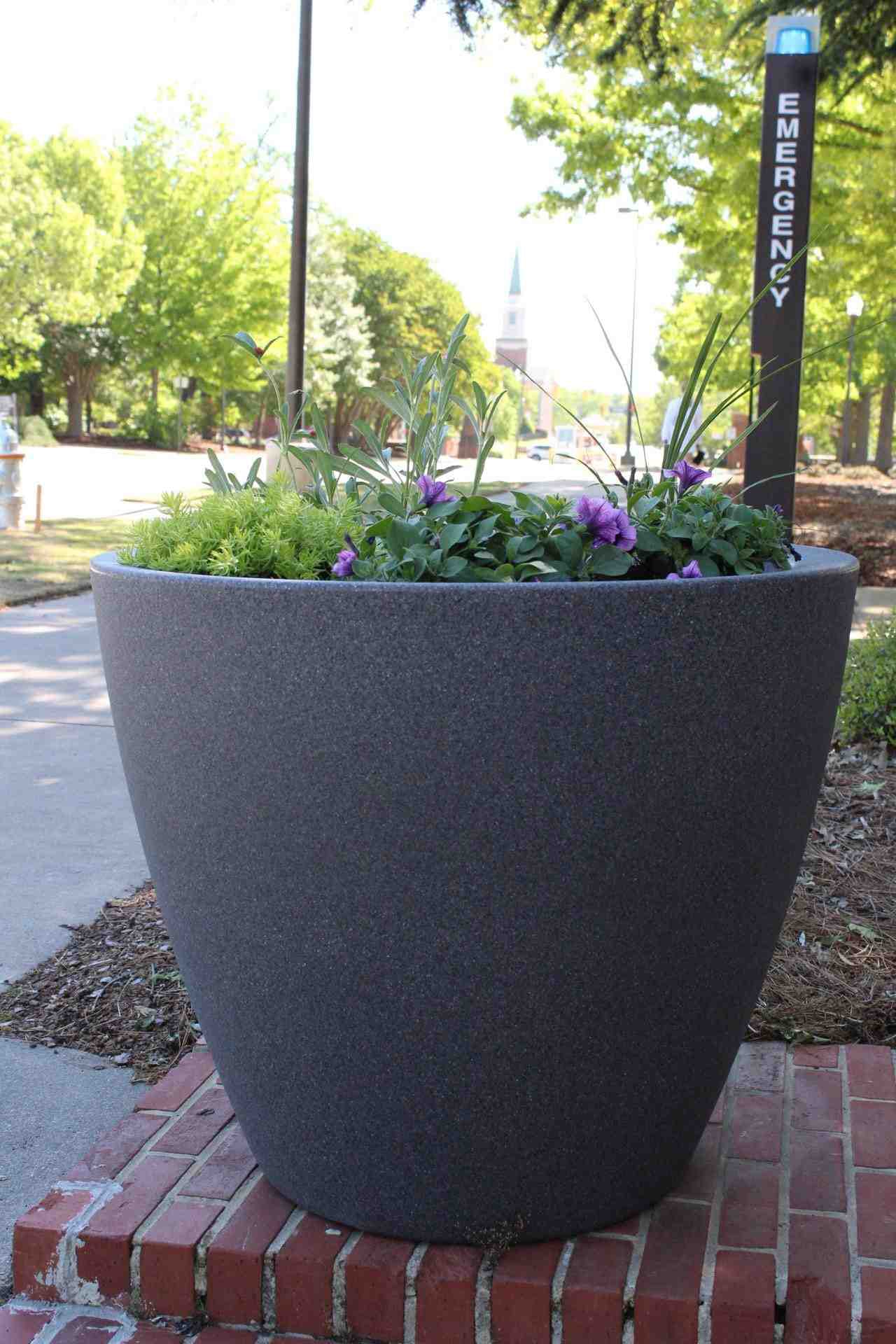 traditional pot that you water over the top,” Foster explained.

Foster says that before using the self-watering pots, her crew could spend time watering the traditional pots three times a week, using almost six gallons of water. With these new pots in place, Foster says that some of the pots in shadier areas would probably only have to be filled once a month.

“It saves time, money and water,” she said. “Which is good for the environment, and it’s good for efficiency.”

Check back tomorrow for part 2 of this series, where we’ll further explore campus beautification and a few notable areas around Auburn’s campus. 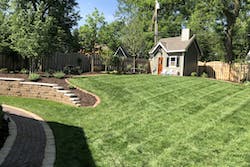 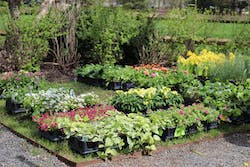 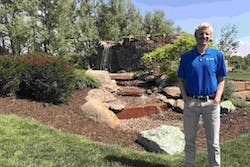 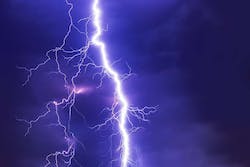