Dealing with the salt shortage: Short-term and long-term solutions

If your landscaping company offers snow and ice removal services during the winter, then no doubt you have been keeping up with the salt shortage that is ongoing.

Generally, these shortages occur during the second half of the season, as more winter storms than expected can cause an increase in demand. Yet this time, a 12-week strike at a Canadian salt mine and another mine experiencing diminished production levels have led to this year’s shortage.

“Our price is up 60 percent for the rock salt,” says Tony Szczechowski, owner of Pro Edge Lawn Care, based in Holland, Ohio. “So normally we get to put a down payment and pay as we get it delivered in, and this year, they’re requiring the full payment of everything we’ve put on hold by Dec. 31.”

“We went to electronic logs as a nation as a new law recently and that limits the number of drivers, limits the number of hours, and so there is a very high demand for truckers and the independent truckers are basically dictating what price they want to be paid,” Myer says. “We had a truck that was originally quoted at $4,500 to go across the country to a location in the Midwest. They canceled three days before the delivery. Our next quote was $5,500, who didn’t show up, and we ended up having to book it for $7,000. That’s an extreme example, but what we’re finding is we’ve had multiple cases where we literally can’t get the product in because a trucker is not available.”

Myer says distribution to the Midwest in general is harder, which is part of reason why that region is struggling more than the East Coast, currently.

Even though the official start of winter is still more than a month away, certain states have already received early snowfall, so as you start carrying out your snow management services, here are some methods for making the most of the salt you have and how to be prepared for when the next salt shortage occurs.

The main method suggested for dealing with this salt shortage is the usage of brine and pretreating.

“The way that they can reduce waste and maximize the salt they have (is that) they can go out and pretreat, if they can,” says Pam Buckley, sustainability manager for SnowEx. “They should be pretreating with liquids. That’s a best management practice in most cases unless it’s going to rain. When they pretreat, they’re going to prevent that bond and it’s going to require one-fourth as much salt if they take that preventative approach.”

Even if a contractor can’t use liquids, Buckley says landscapers can pretreat with a lower application rate of dry salt and pre-wet the material so it stays put. Unlike liquids, this has to be applied right before a snow event.

“The pretreating is growing significantly,” Myer says. “We’re seeing more interest in everybody knowing how to do it and where to get product.”

Buckley says it’s not too late for crews to get into pretreating, although there is a capital investment.

“To be honest with you, if you’re going to turn a ship, you don’t want to turn it on a dime,” Buckley says. “You’re better to plan that in advance rather than in the middle of the winter (when you’re) having to find new equipment and train your guys how to use it.”

Szczechowski says that his company was planning to make the transition to brine in 2019 after learning more about liquids at the Snow and Ice Symposium hosted by the Snow and Ice Management Association (SIMA) in June. Now, the salt shortage has caused them to go ahead and pull the trigger on the switch to brine.

“It’s going to be the lesser of two evils the way we’re looking at it,” he says. “If we’re going to spend 60 percent more on salt, we already don’t have all the salt we need. So, instead of budgeting for the 20 percent more that we need, we’re going to take that money and invest it into equipment and cross our fingers, and hopefully, the brine helps and we don’t use more material.”

According to Buckley, pretreating with brine will make a company’s salt go four times as far compared to traditional spreading at industry best practices rates.

“You’re going to need to learn how use the temperature of the pavement,” Buckely says. “Now, it’s not rocket science, but it is a factor. If they take the time to really learn how to use it properly. If they expect to just go throw down brine like they throw down salt and they don’t take that time to learn how to use it properly, then they will end up being among the group of people who say, ‘Well it just doesn’t work.’”

Another option to help mitigate the costs of the shortage is to raise your snow removal prices.

The methods landscapers use to reduce their use of salt will determine how much they will have to raise their prices. Buckley warns against passing on a majority of the costs to customers, as they might start looking for a new contractor next year.

Szczechowski says they are raising their prices and hoping it will be a short-term change. He says the customers that he’s discussed this with so far have been receptive and understand the issue.

Buckley points out that a contractor who wants to build a sustainable business needs to realize that salt availability and prices will always fluctuate, and he/she needs to build in ways of handling this matter into his/her business model.

She acknowledges that the window for most of the following long-term solutions have already closed, but landscapers can keep these best practices in mind going forward.

One proactive step she says to take is to get your salt early. Suppliers sell their salt first to departments of transportation and municipalities, submitting bids in July or August, and that information is freely available to landscapers.

“The first thing (a contractor) can do is understand how the salt supply works and become aware as early in the season as possible of what he is likely looking at in terms of those costs,” Buckely says. “The beginning costs that our contractors are reporting this year are anywhere from $85 up to $150 a ton.”

Another proactive step is to take a preventative response to snow removal. Rather than waiting for the snow to fall and then cleaning it up, landscapers can opt for anti-icing on more jobs.

“If you prevent a problem from happening, it will cost you a whole lot less in terms of material and time and labor to prevent it than it does to try to clean it up afterwards,” Buckley says.

She advises taking a different operational approach by investing time and resources in pretreating surfaces so that once it starts to snow, it doesn’t end up bonding to pavement because the hard pack of snow is what requires the most amount of salt.

One of the benefits of opting to anti-ice is that landscapers can opt to pretreat 48 to 72 hours before a snow event, as long as it doesn’t rain beforehand.

She encourages landscapers to do research on smart salting practices promoted by SIMA, such as making sure spreaders are properly calibrated and plowing before using salt.

“The other thing that a contractor needs to do is talk to his customers,” Buckely says. “He needs to help them understand that the cost of material is not something that he has control over and that there’s going to be variances and fluctuations, and he probably should separate out salt and material costs from his contract.”

By separating that cost out and educating the customer, the landscaper can ensure they’re a little bit less at risk.

Myer advises landscapers to prepare and have good communications with their vendor. Understanding what salt they have and where it is stored can help them be aware of what to expect during the season.

“In our particular case, we bring in hundreds of trucks and store them on site so that we’re not scrambling for salt in the middle of the season,” Myer says. “When snow flies and everybody needs it immediately at the same time, then where are they getting it from? And that’s where people get in trouble because they don’t understand the source or they don’t plan ahead.”

“The real solution to these problems, sustainable solutions to the problem of salt, entails a long-term plan,” Buckley says. “Having to come up with a short-term plan is not sustainable for a business that wants to be profitable for the long run.” 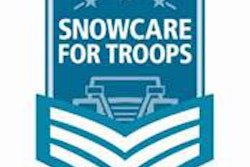 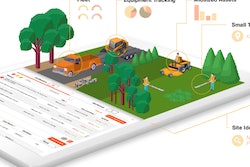 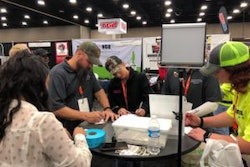 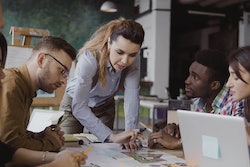