Proper mulching techniques for landscapers to keep in mind this spring 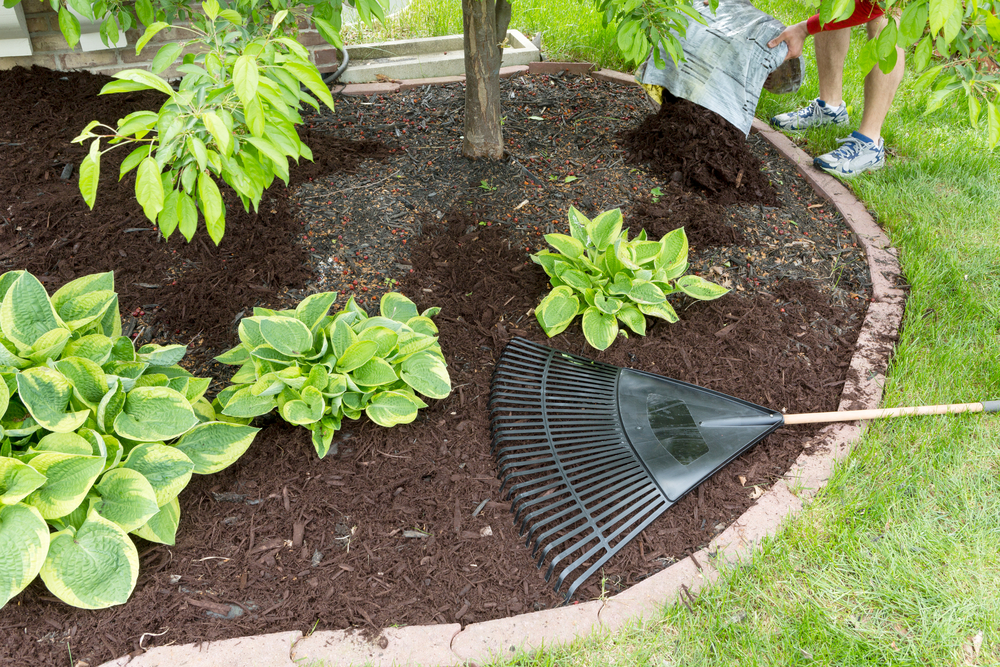 Spring means that it’s time to give your clients’ landscaping beds a nice freshening up of mulch after a long winter so their properties can look sharp and appealing once more.

Yet mulch does so much more for a landscape aside from giving customers a spruced-up curb appeal.

When applied properly, mulch can help maintain soil temperature and conserve water. Additionally, it can help prevent root compaction and reduce lawn mower and string trimmer damage. Organic mulches can also help improve the soil’s physical structure and fertility as it breaks down over time.

The key there is mulch is only helpful when it is applied correctly. Multiple issues can occur when mulch is installed incorrectly, so make a point to ensure that your crews are trained on proper mulching techniques before sending them out to properties this spring.

Below are some common mistakes to avoid when it comes to mulching.

Not applying any mulch

It’s debatable as to which of these is the worst mistake to make but deciding not to apply any mulch has to be up there. Aside from missing out on an easy add-on service that you can use to create repeat business with your clients, you are also denying them the benefits listed early that mulch can provide.

Temperature control is particularly important in northern states as plants are more prone to frost heave. Mulch can serve as a buffer that protects the soil from temperature extremes that can take place.

Weeds can also much more easily gain a foothold in un-mulched landscape beds, creating competition and attracting pest and plant diseases. The soil structure can also degrade over time as no new organic material is being introduced.

It may take a while for it to become plainly obvious a property should have been mulched, but by then it will be too late, and plants will either be damaged or dead as a result.

On the flip side, there are often those who are convinced that if something is good, more of it must be better and these individuals are usually the ones responsible for creating the loathed mulch volcano. This is where a landscaper or homeowner piles eight to 12 inches around a tree trunk where it looks similar to a volcano. 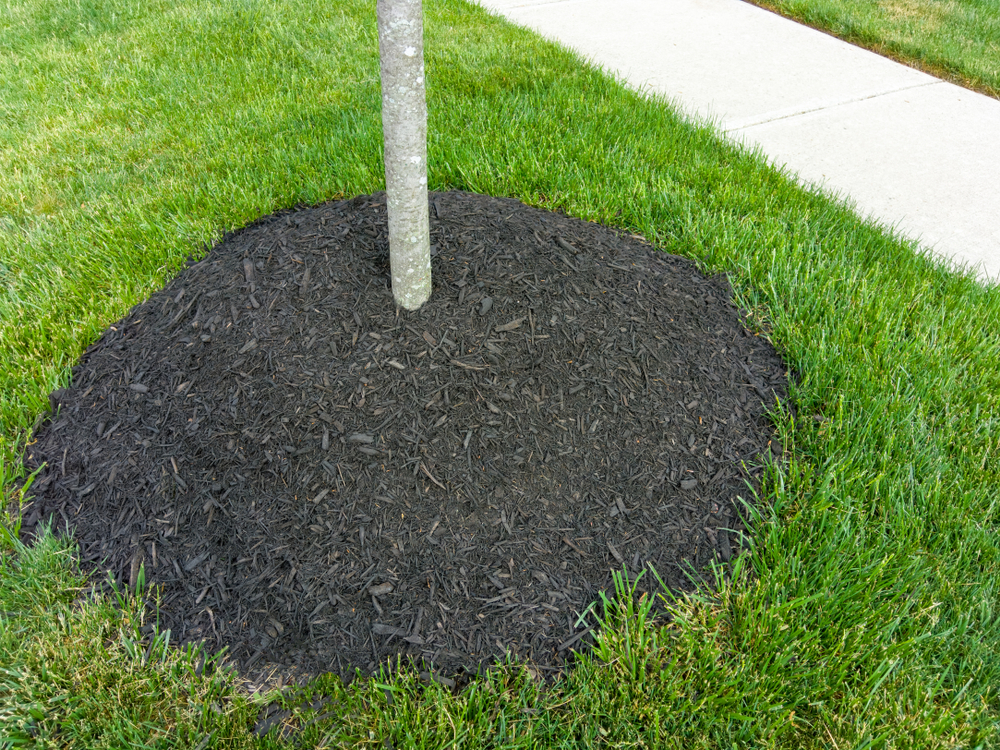 Mulch volcanos are unsightly and the excessive mulch on the trunk causes moisture to build up, creating ideal conditions for insect pests, diseases and decay.

Why people continue this practice, despite every reputable source denouncing it, is a mystery. What isn’t a mystery is the number of negative effects that can occur when a mulch volcano is created around a tree.

Too much mulch piled around a tree trunk can result in bark decay, fungal diseases, rodent infestations and roots growing in the mulch rather than the soil, just to name a few. If more than four inches of mulch is used, it can end up repelling water and thick layers of mulch can also prevent air from reaching the roots, suffocating the plant.

The decline tends to happen slowly over time, but it is inevitable. The proper way to mulch around a tree appears more like a doughnut with mulch 3 to 6 inches away from the trunk. The depth of the ring should be two to four inches max.

Another way too much mulch can be used is if a landscaping crew is not measuring the current amount of mulch in a bed before applying more. It is natural for customers to want to have a fresh look and beds can lose some of their color in the sun.

“Those that decompose faster must be replenished more often,” says Martha Smith, a University of Illinois Extension horticulture educator. “Here lies the problem, some mulches, such as cypress mulch, remain intact for years but they turn a grey-tan color. People prefer the ‘fresh’ look of new mulch and top dress annually, not considering the existing mulch depth.”

There are two options for solving this issue. Landscapers can choose to either remove part of the mulch that is currently there in order to add some fresh material or they can rake the current mulch to expose the lower levels that haven’t faded.

Although a much less common occurrence than over-mulching, applying too little mulch in an attempt to save costs or out of fear of creating a mulch volcano, can result in you wasting your time entirely.

If you don’t put down at least a two-inch layer of mulch, it won’t be possible for it to do its job in preventing weeds from thriving and insulating the soil. If you choose to use organic mulch, this also means that as it breaks down there will be even less remaining, requiring crews to visit far more often to replenish landscaping beds.

Speaking of organic mulch, another challenge can be choosing the proper mulch material for the job. There are many materials to choose from when it comes to organics including hardwood chips, shredded bark, shredded leaves and pine straw.

Organic mulch tends to be preferred over inorganic mulches as they do break down over time and add organic matter to the soil.

Inorganic material such as lava rock, pebbles or rubber mulch are all options and don’t break down over time so they don’t have to be replaced but they also don’t provide any nutrients to the soil.

Finely textured organic mulches tend to decompose more quickly than coarse material. Long-term use of the same type of mulch can change surface soil pH levels. Mulches like pine straw can cause the soil surface to increase in acidity while hardwood bark mulch can cause surface soil to become too alkaline. Inorganic mulches like limestone gravel can also change the pH and can kill acid-loving plants.

For more time-consuming jobs, it might be wiser to charge customers for the man-hours rather than the amount of mulch used, due to the current labor shortage. It’s important to remember that no two jobs are the same so it’s best to plan accordingly.

Look for ways to increase your crews’ efficiency to boost your profitability when it comes to mulching. Some companies even invest in bark blowers to increase productivity.

No time or money to market yourself? These two landscape pros have an answer

No time or money to market yourself? These two landscape pros have an answer

RightPlantz.com helps small to mid-sized landscaping companies with marketing and other digital needs.

Growing grass in shade: Can it be done for your clients?

Watering after lawn fertilization: What to tell your clients