Don’t wait until the first flake falls to prepare your crew and fleet.

As you crank up the AC for one of the hottest summers on record, snow may be the furthest thing from your mind.

But with only a few months until snow-removal season begins, it’s not too soon to map out your plans and dust off your equipment.

Offering snow-removal services can help support your landscape business until it picks back up in the summer. And if you already own the larger equipment needed – such as skid steers and pickup trucks – you need only purchase or rent a plow, spreader or blower.

“From sweeping parking lots to clearing snow, landscapers are looking for ways to make more money while offering value to their customers,” says James Truan, vice president of sales and marketing, SnowEx (snowexproducts.com).

Here’s how to make sure your clients, employees and equipment are ready come winter.

“We try to plan for every wild scenario.”

In 2012, Opdyke saw his snow service grow 30 percent from 2011 – even though overall snowfall was lower.

He credits this, in part, to having more customers with snow-removal contracts, instead of paying for the service per occurrence.

The heavy snow in 2011 helped nudge his clients toward signing contracts, Opdyke says. With a contract, customers pay a reoccurring fee regardless of snowfall, but they are guaranteed service when it does snow.

Have a good, detailed contract in place for each account to clearly outline your responsibilities, Truan suggests, and make sure you stick to it.

“If you don’t service your accounts on a timely basis, you may lose the client. And you may also be liable in the event of a slip-and-fall lawsuit,” he says.

Repairing a mower in the summer heat may be uncomfortable, but it pales in comparison to working on a snow blade at night when temperatures are below freezing. So, it’s important to work out any snow-removal-equipment issues early.

Opdyke and his team start preparing snow-removal equipment – including salters, front-mount plows for pickups, snow blowers and a skid steer – in September and try to finish by Oct. 15.

“That gives us plenty of time before the season starts Nov. 1 to address any unforeseen repair issues,” he says.

Their preventative-maintenance routine includes blasting and painting the equipment to fight off rust, replacing worn parts, checking the hydraulics and adding grease.

He also suggests using the same brand of equipment throughout, so if there’s a problem with one machine, the parts from another will be interchangeable. “Don’t mix and match equipment,” says Opdyke, who uses The Boss Snowplow products (bossplow.com).

With maintenance complete, Opdkye’s team tests the equipment, like putting salt in the spreaders and operating them. They do everything they can preseason so there are no surprises when they get their first snowfall. “We try to plan for every wild scenario.”

He recommends keeping back-up equipment on standby and paying close attention to the pickup truck’s maintenance schedule. “If anything is going to fail, you don’t want it to be the truck.”

“If anything’s going to fail, you don’t want it to be the truck.”

Opdyke also plans for equipment failure and trains crews to handle field repairs. They stock the work trucks with tools and parts (like hydraulic lines) the crews might need. Some of the most common issues are broken springs on plows and chains on salt hoppers.

If the equipment uses hydraulics, Truan says, make sure the fluid is clean and check hoses for leaks. As for what machines to include in your fleet, he suggests investing in plows and spreaders that are large enough to clear parking lots, as well as smaller equipment to handle sidewalks.

“Rather than looking for a one-size-fits-all piece of equipment, evaluate your current fleet, as well as your clients’ needs,” Truan says. Many machines are designed for specialty applications, such as sidewalks, parking garages or extra-large lots.

Talk with your dealer to find the best equipment solutions for your specific services.

Operators should also be involved during the preparation stage. A good place to start is making sure they know their plan of action.

All of Opdkye’s drivers stake their own routes and visit each twice preseason: once during the day and once at night. “That way, they know what the property looks like before snow’s on the ground.”

Evaluate your fleet and clients’ needs, instead of looking for a one-size-fits-all piece of equipment.

While running the route, drivers should identify obstacles, such as islands or posts, and locate the best spot to pile the snow, Truan says.

David Gallagher, LandOpt (landopt.com), suggests planning the routes on a four- to five-hour cycle time, allowing for the route to be completed twice in eight to 10 hours.

“Every event will require at least twice through a route,” Gallagher says.

Opdyke also prepares the crews for handling the cold weather and gives them an idea of how many hours they will work in the winter.

Out of the 30 employees Serene Surroundings has during the regular season, 20 stay on during the winter to handle snow removal. Others are on call when extra help is needed.

“Snow removal is different in that there is little consistency to it in most markets,” Gallagher says.

Snow can range from a dusting to blizzard at a moment’s notice, so it’s important to prepare for all scenarios. “Have an A, B and C plan of attack,” Opdyke says.

Be ready to start at various times of the night, handle different accumulation amounts and map the routes in multiple ways – or you could get left out in the cold. 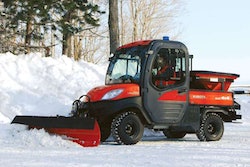 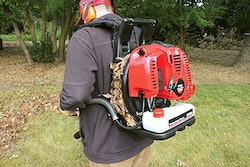 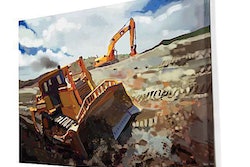 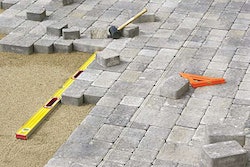