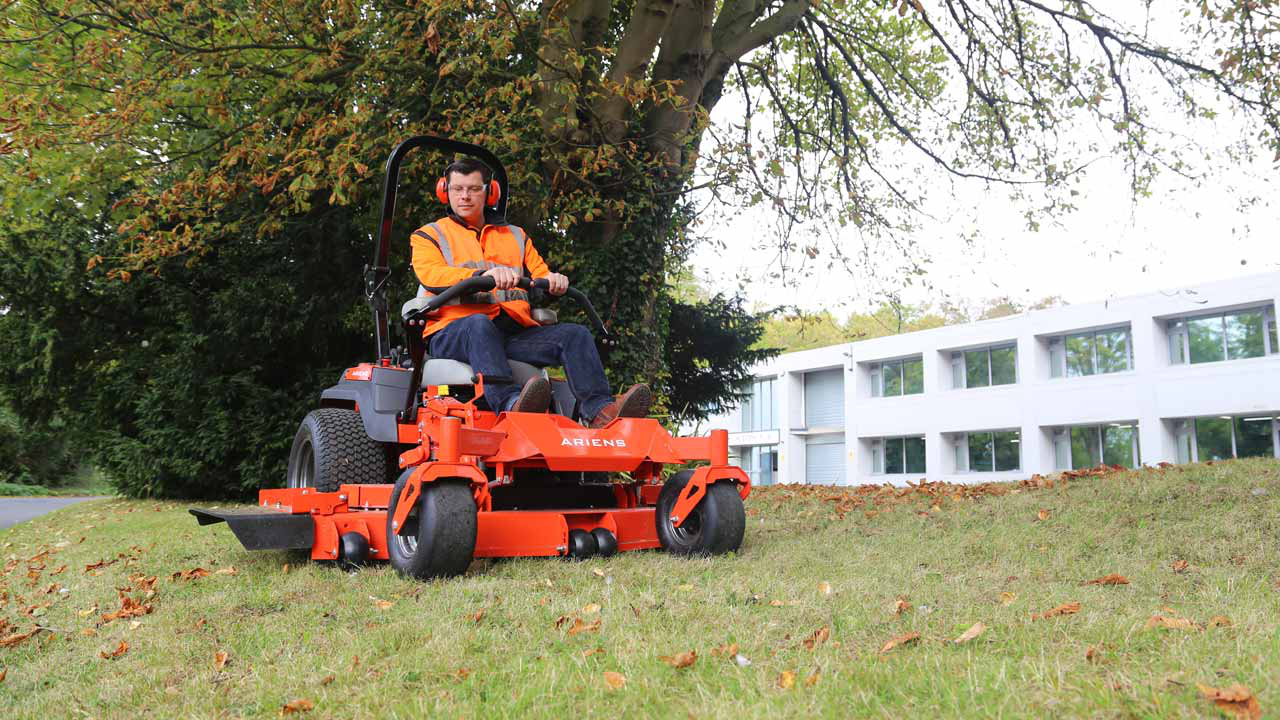 The Ariens and Gravely brands rolled out a number of new mowers and announced updates on some of their product lines during the 2019 GIE+EXPO.

One of the new launches includes Ariens’ first commercial zero-turn mower, Zenith. This ZTR was first introduced in the United Kingdom and Europe and following its success, Ariens is opening the product line to markets in the U.S., Canada and other regions of the Americas.

“While Ariens has been a premium, American manufacturer of outdoor power equipment in homeowner segments, growing sales in our zero-turn lines was an indicator for us to extend that manufacturing expertise into the commercial space,” says Matt Medden, AriensCo vice president of marketing. “We have the engineering talent, notes from other commercial products within the AriensCo family and everything else that it takes to provide a competitive option in the market.” 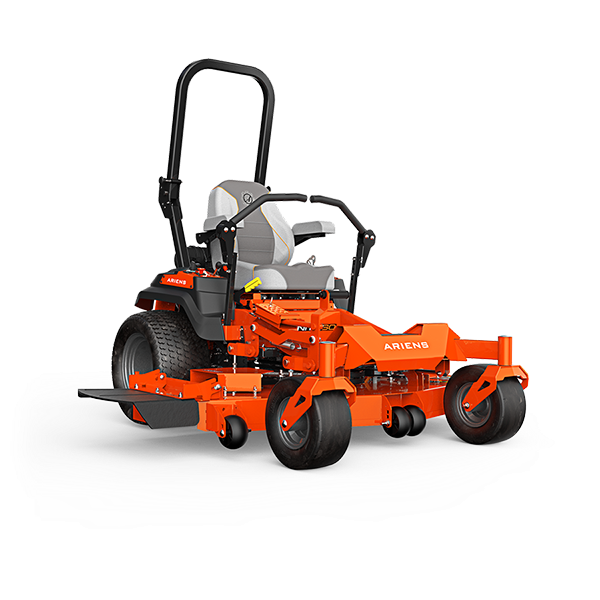 All Zenith models are powered by commercial Kawasaki FX engines, feature Hydro-Gear ZT-3100 transaxles and have deck sizes of 48-inch, 52-inch and 60-inch.

Zenith is built on a one-piece, fully welded tubular frame rail. There is a reinforced leading edge on the front and trim sides of the gauge welded deck. Cold-forged aluminum spindles generate less heat than traditional cast-iron designs.

Ariens says it has also included several ergonomic features to improve operator comfort. This includes an adjustable high back seat allowing operators of any height to reach the deck lift pedal. Zenith has 15 cutting heights and operators can lift the deck while using a vertical-pin selector to choose a height from 1.5 to 5 inches. Vibrations are reduced with rubber shock isolators under the seat and adjustable steering control levers.

The Zenith line will enter dealerships in early 2020.

On the Gravely side of things, the brand introduced the Pro-Turn MACH ONE, which is a commercial lawn mower with a unique tunnel deck design. 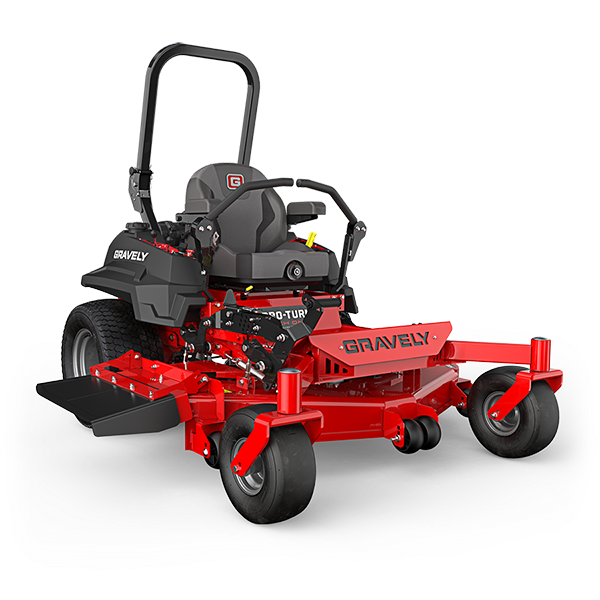 The MACH ONE is built on the Gravely Pro-Turn 200 chassis but swaps out the XFactor II mower deck for the high-volume output (HVO) tunnel deck. Gravely says this new mower was born out of landscapers’ need for more efficient cutting solutions when working in thick and challenging grass breeds.

The aerodynamics of a tunnel deck direct grass clippings away from the mower blades so they are less likely to get bogged down with material clumping around the blades. The deck depth is also designed so the trimming edge measures 5.5 inches deep and gradually increases to 7.75 at the discharge end. This allows for material to be processed, not bog down the blades and be evenly distributed through the oversized discharge opening.

The HVO deck is made with 7-gauge steel and comes with cold-forged aluminum spindles and constant belt tension.

The mower deck has a four-inch buffer area from the leading edge of the deck to the front of the blades, giving uncut grass blades more of chance to be lifted by the vacuum of the mower deck after being pushed down by the leading deck edge. This helps eliminate the need to double cut while not sacrificing cut speed.

The MACH ONE comes with a 31-horsepower Kawasaki FX engine, Hydro-Gear ZT-5400 transaxles, a 60-inch mower deck. It will be available in early 2020.

As for the Pro-Turn Z series, Gravely has updated this line by adding a two-stage, commercial canister filtration system to its 764cc Gravely engine. 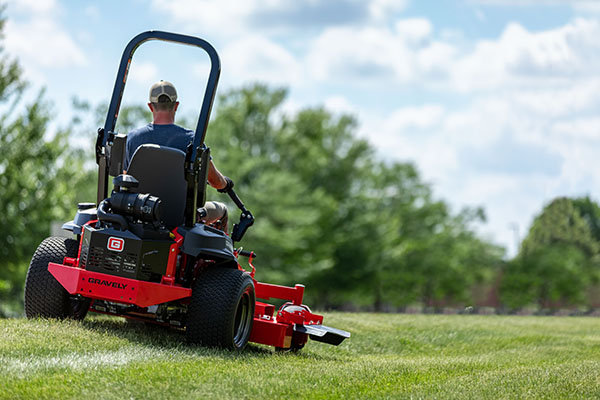 The two-stage canister is designed to filter higher volumes of dust, dirt and debris adding protection and a longer lifespan for the engine. This comes with an upgraded engine guarantee to match the unit’s four-year/750-hour warranty, whichever comes first.

Gravely is also expanding the Pro-Turn Z’s deck offerings to include a 48-inch deck option. This deck has commercial features like cold-forged aluminum spindles, constant belt tensioning and 5.5-inch depth with an introductory price point, making it a good fit for entry-level landscapers.

It has 15 different cutting heights and larger front and rear tires for increased durability and efficiency. The Pro-Turn Z will be exclusively available at Gravely dealerships in early 2020.

Gravely also rolled out the third generation of Pro-Stance stand-on mowers. These mowers were redesigned from the ground up, with the machine’s geometry being changed. Gravely says they have improved existing features and expanded the lineup’s power and deck size options.

The new version of the Pro-Stance has repositioned the operator to be 3 inches closer to the machine’s center, lowering the center of gravity and improving the Pro-Stance’s handling on hills. The new Pro-Stance is also lighter and shorter for easier trailering between job sites. 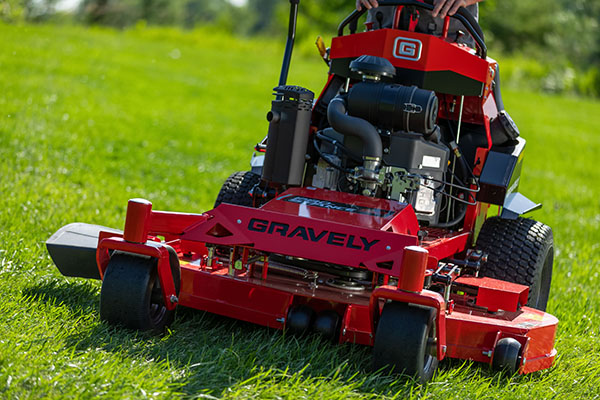 The controls have also been redesigned with an ergonomic control panel so engine and steering controls are in a comfortable position for all-day use. In response to customer feedback, Gravely has brought back the adjustable cruise bar, which limits and extends the drive speed range to the user’s preferences.

A variety of optional tool holders are available, such as trimmer and backpack blower holders, allowing landscapers to eliminate extra trips to and from their trailers. A bucket holder can secure a five-gallon bucket so trash and other items can be picked up and stored while cutting as another time-saving tool.

Last but not least for mowers, Gravely shared more about its EVZT lithium-ion commercial zero-turn mower, which was teased last year at GIE+EXPO. According to Medden, the mower comes with 4 batteries that will cut 15 acres of grass. Users will be able to swap batteries in and out throughout the day.

“This is a true commercial mower and it is electric,” Medden says.

Gravely says the EVZT is in the final stretch of development and will launch in summer 2020.

On the UTV side of things, Gravely has redesigned its Atlas JSV to give users more in demanding jobsite conditions. 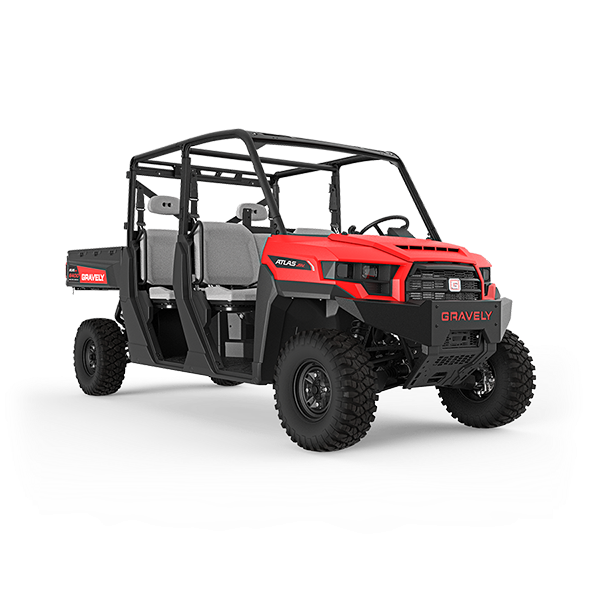 The new models have a larger, 999cc, 40-horsepower SOHC two-cylinder engine. It also has a new heavy-duty clutch with 32 percent thicker belt for increased durability. It has a new top speed of 40 mph compared to the previous 35 mph limit. It has the same payload capacity of 1,900 through 2,075 pounds, depending on the model, but its towing capacity has been increased by 25 percent, from 2,000 to 2,500 pounds.

Gravely says it focused on making the UTVs more capable in tough work environments so its one-piece ROPS chassis has more rigidity, reduced noise in the cabin and improved suspension package.

The JSV features an improved digital display, added seat comfort and an additional five inches of space for work boots in the foot wells. Two of the four models available come with electronic power steering (EPS).

“Gravely has done particularly well with understanding the needs of our customers,” says Matt Medden, AriensCo vice president of marketing. “What we learned from studying jobsites and watching how users interact with the JSV is how we landed on the new features in the updated JSV. There were some critical things that needed to be addressed, and we delivered on those.”

These will be available early 2020.