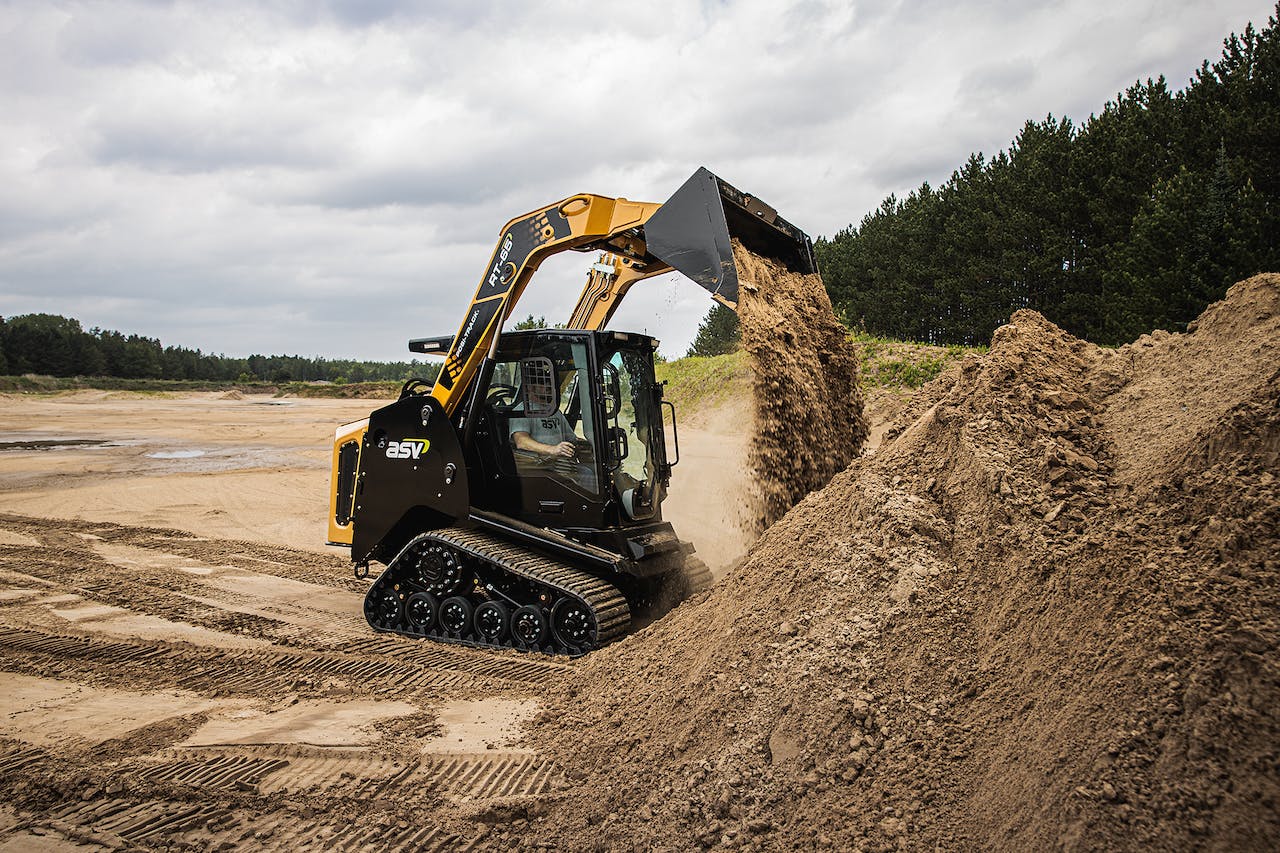 The company says it has completely redesigned its RT-65, VT-70, RT-75 and RT-75 Heavy Duty compact track loaders. While the machines might not look radically different from their predecessors or other CTLs on the market, the company assures users that they are drastically improved in many ways, and they feature smarter and more innovative updates.

Many improvements on the RT-65 Max, VT-70 High Output Max, RT-75 Max and RT-75 Heavy Duty Max aren’t performance-based, but ASV says it’s confident in the existing performance of the machines. Instead, the company says it chose to focus its efforts on elevating the CTL itself.

Overall, the company says it worked to improve the design of this machine type to make it more comfortable, easier to see out of and easier to get in and out of.

ASV says making a CTL that is operator-centric involved second-guessing and re-thinking many design concepts that have become reflexive when designing a CTL. The company says it believes the result is special enough to warrant the title of Max-Series.

“We have always had a focus on manufacturing high-performance machines,” says Buck Storlie, ASV product line manager. “Now, in addition to offering the highest-performing equipment on the market, we’re leading in operator comfort and experience. We know how closely comfort and profits are related. More comfort means higher quality work and improved productivity. A comfortable cab can also improve employee retention by keeping the best operators in your equipment.”

ASV says operators can work longer days in comfort with the Max-Series’ new fully suspended seat, featuring adjustable recline, slide, weight and four-way armrest settings. The company says the seat is the most customizable in the industry and is accessible to virtually all body types. 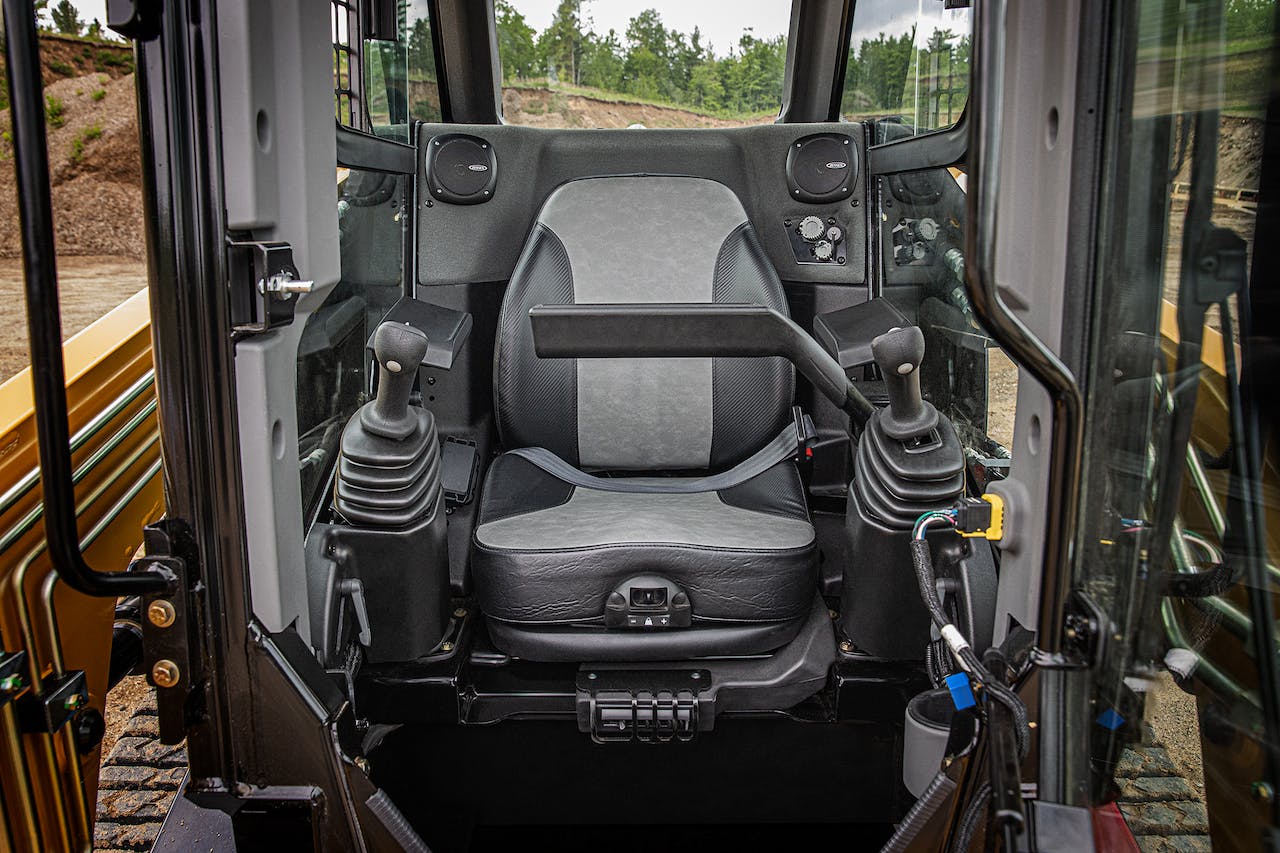 ASV adds that a new one-sided lap bar frees space around the operator’s waist and also makes entry and exit easier. Contractors will also have more breathing room and the ability to stretch due to a roomier cab, including up to 2 more inches width at the shoulders, 8 inches wider at the knees and up to 4.5 inches more foot room.

This extra room, ASV says, is accomplished due to the repositioning of the controls, as all controls have been moved to the front pillars that flank the door.

“The main reason is to get [the switches] in the operator’s peripheral vision so when you’re running, you don’t have to look away from there to make adjustments to your control, flip a switch, those types of things,” Storlie told Equipment World. “They’re also a straight reach from your control so you don’t have to stop operating and hunt.”

The company says the cab also features a new level of operator experience thanks to available Bluetooth radio, improved speakers and speaker placement and a new antenna placement for a better signal.

ASV says the Max-Series enhances comfort with a highly pressurized, all-weather cab, and the optional pressurized cab’s improved seal allows it to stay quieter and more resistant to outside dust and debris. Heat and cold levels are further maintained with an updated HVAC system, allowing for better circulation and improved defrosting capabilities.

The company says the new cab provides maximum visibility, featuring a floor to ceiling glass area made possible by all clear sides and a frameless door.

This, ASV says, gives the operator 52 percent more glass area in the optional enclosed cab compared to previous ASV models. That allows premium 360-degree visibility with minimal obstructions to the operator’s line of sight, providing a better view of the attachment and surroundings.

The company adds that visibility is further improved with standard LED lighting and optional side lighting. 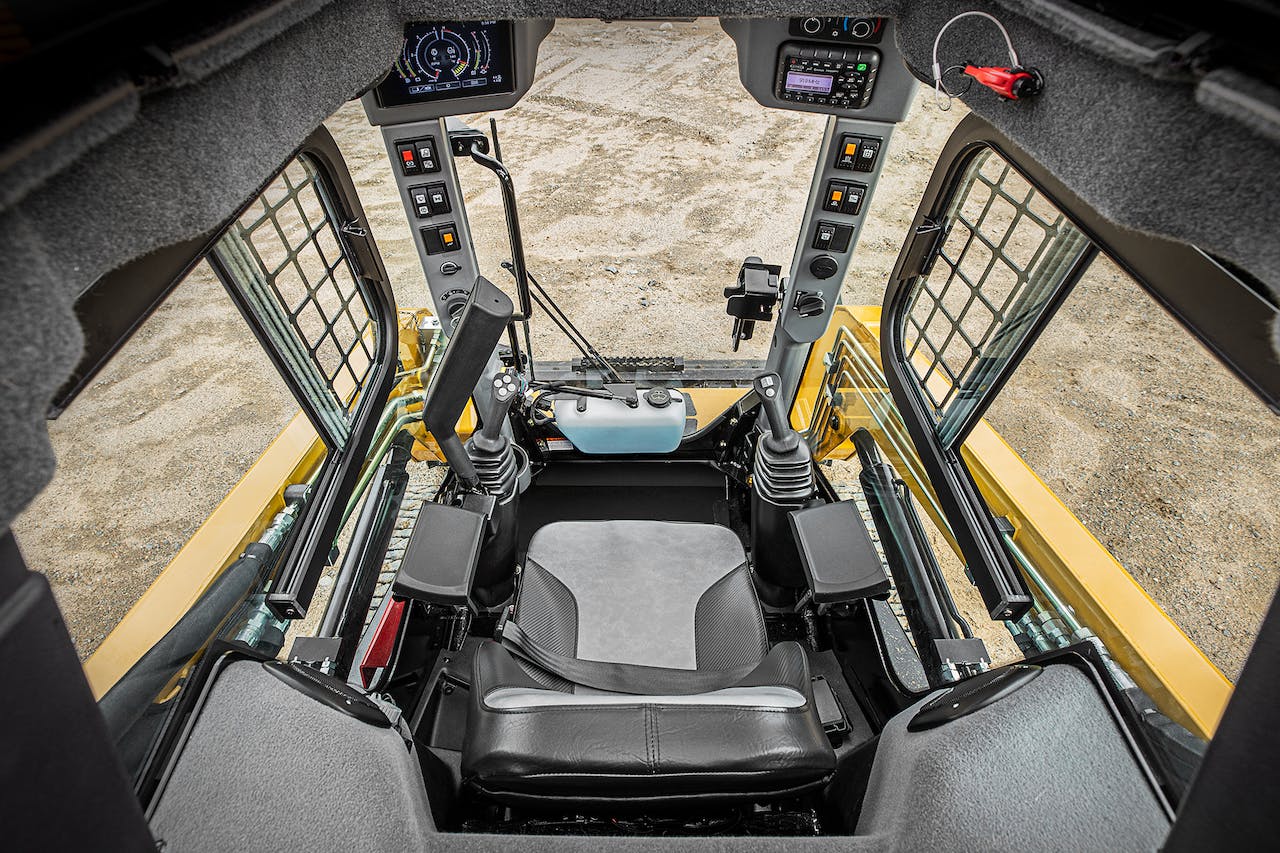 “All of a sudden, you see the vast difference and vast improvement it is over really anything on the market today,” Storlie told Equipment World. “We started with getting rid of additional metal along the sides and thinking about the glass work. How do you reduce the framework around it?”

Storlie adds that ASV also paid a great deal of attention to the shape and placement of objects in the cab like switches and control panels and how those can interfere with visibility.

“There’s simple improvements like the side pillars when you sit in the machine and you look forward and you see where the switches and things are on the side pillars; in the past, designs have always just been big boxes,” Storlie explains. “Now, you’ll see they’re formed and actually tilted toward the operator slightly to go with his line of sight. Anytime there’s an object in the way, it’s been shaped in a way that takes the minimal amount of [effort]—maybe a head lean or a turn—to see around that object.”

The cab also features an optional 7-inch touch-screen display. The company says the screen includes all vital monitoring tools, provides a view of the backup camera and integrates with service history and schedules, such as engine oil changes and other maintenance needs. A passcode operator lockout is also available.

In addition to the display, ASV says operators will see more ease of use as a result of improved, intuitive switch locations and operator controls. Control is further enhanced with a new dual throttle option, allowing contractors to operate at a set RPM with joystick controls and increase the RPM with the foot throttle without needing to adjust the dial.

“The three-panel plane takes that blind spot and moves it closer to your actual pivot points,” Storlie told Equipment World. “So, when you’re in a track loader and you’re pivoting on your center axis, the closer you can have that blind spot to that center axis, the less it is actually harmful to you. So, now you can actually turn your head to the rear and [when you’re moving backward] your blind spot is [now] not where your machine is actually moving. It’s ahead of you, so it’s not bothering you any further.”

ASV says the cab was built with a number of features to ensure long-term reliability, and new wiring harnesses and fuse panels are fully sealed, water tight and are installed with a design that further protects the electronics.

The company says the new standard cab platform also brings the ability to add heavy-duty guarding to other Max-Series machines. ASV says the configuration includes metal guarding against brush and debris around key areas, such as lights, the AC condenser and rear screen.

In addition to being able to better see their surroundings, ASV says the machines include the industry’s first compact loader roof escape hatch, allowing operators to get out quickly in emergency situations. Models also include rollover protection (ROPS) and reinforced windows for impact resistance. 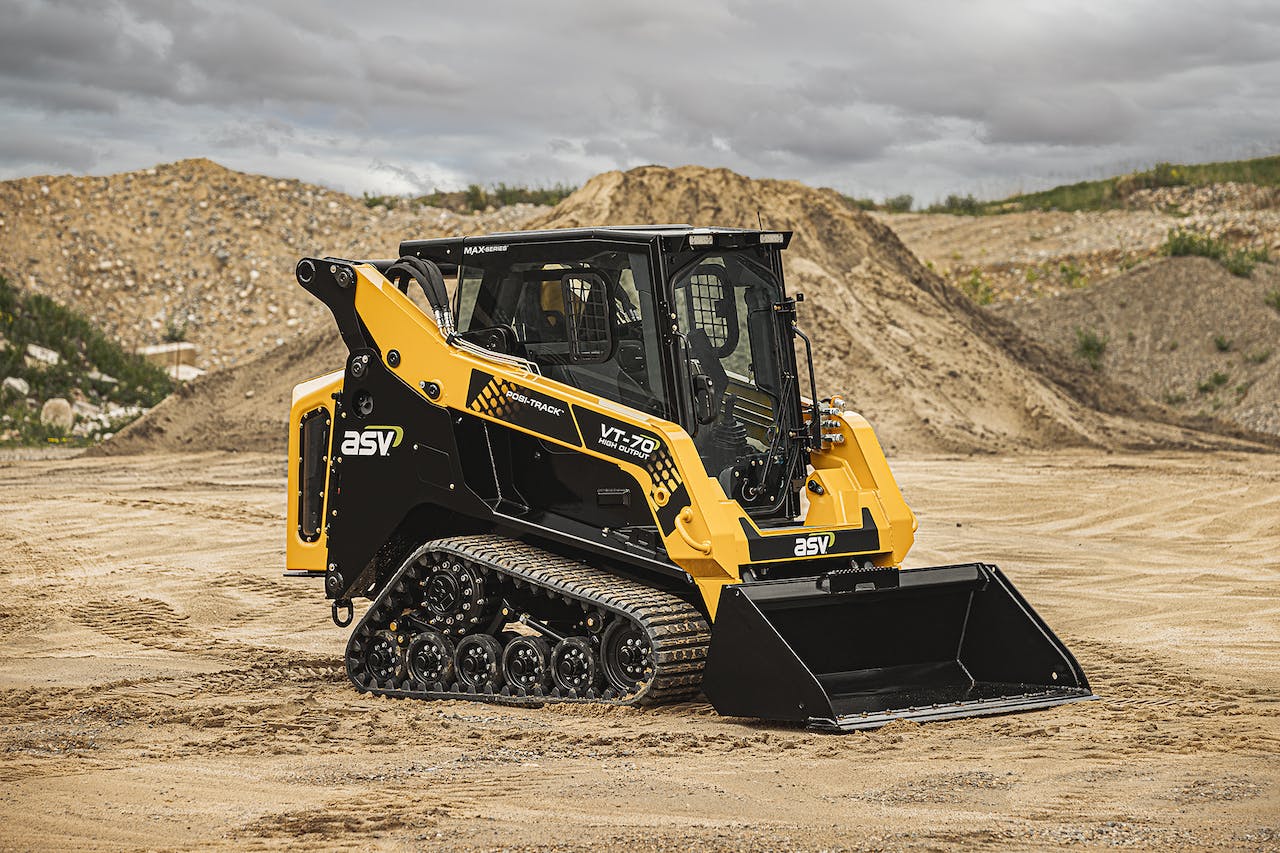 In addition to the operator-inspired features, the company says the Max-Series includes the trademark ASV performance operators have come to expect.

“We see the competition bringing forward sliding adjustable controls and those becoming common in the CTL industry, but, you know, we wanted to go a little further,” Storlie told Equipment World. “With our four-way [adjustability], you can not only get fore and aft adjustments, but you can also do height adjustment, you can do angle adjustment and you can do width adjustment. We all have a little different preference on how we like to sit and that’s really what we’re trying to achieve there with all those different adjustments so all those operators can find the right spot.” 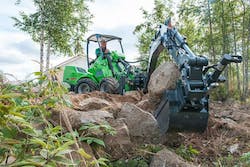 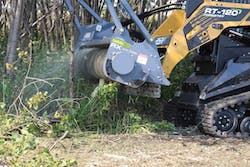 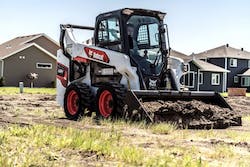 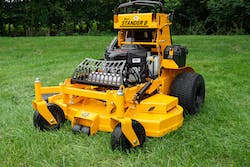