Are 1/2-Ton Diesels Worth the Price?

When Ram announced in February they will be the first manufacturer to offer a diesel in post-2000 ½-ton pickups, I smiled with anticipation.

The 2014 Ram 1500 Fiat V-6 diesel finally opens the door that all of the Big Three had planned on opening back in 2010. At that time, as we all know, the economy tanked and vehicle sales, as well as plans for 1/2-ton diesels, took the hit.

Now those small displacement diesel V-6s and V-8s are being dusted off as attention is once more shifting toward meeting the wishes of ½-ton pickup owners across the country.

But will a ½-ton diesel be a good business ­investment?

A heavy-duty pickup diesel typically gets about 30-percent better “unladen” fuel economy when compared to a similar displacement gas engine.

That mpg jumps to about 40-percent better than a gas engine with a trailer in-tow or hauling a heavy load.

The new light-duty diesels may get even better fuel mileage. So fuel savings alone makes a diesel option a no-brainer for business.

Yes, diesel fuel is more expensive than gas. By how much varies by state. As I write this the price of gas here on the Mississippi Gulf Coast is hovering around $3.50/gallon. Meanwhile, the prices on the pumps with the green handles are showing $4.10.

That means diesel fuel is costing about 17-percent more than regular unleaded. A month earlier diesel was 20-percent higher.

Just for fun, I went to www.fueleconomy.gov and plugged numbers in the website’s fuel cost calculator to see the difference between a 5.7L Hemi and Ram’s 3.0L diesel over 25,000 miles of highway driving.

Let’s say the Ram 1500 Hemi gets 17mpg combined, and for the sake of argument, let’s say the new Ram diesel gets 25mpg.

Those numbers plugged in the calculator shows the diesel version would save $1,047 annually, or $5,235 over five years.

The ½-ton diesel option will probably cost about $3,000 more than the Hemi. But at trade-in or re-sale you’ll probably get 2/3 of that back because diesels are in high demand.

So when it’s all said and done, the ROI for the diesel should start paying off around 70,000 miles, and that’s taking into consideration the added maintenace costs of diesels.

Another diesel bonus: It has at least twice the life of a gas engine.

So here’s where I see a diesel ½-ton making a lot of business sense: Landscapers, or in any business where pickups tow light- to mid-weight trailers daily.

A diesel in this situation could cut real-world operating costs by maybe 30-percent over a comparable gas V-8, all things considered.

Regardless of brand loyalty, every ½-ton pickup buyer will be figuring the numbers. Right now Ram is in the driver’s seat.

Who will be next is the big question. 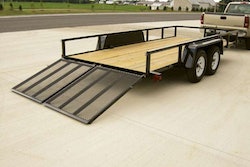 5 Things to Ask When Buying a Trailer 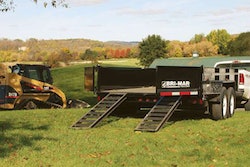 How to: Buying the right trailer 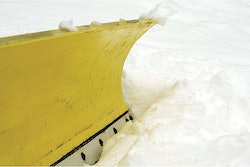 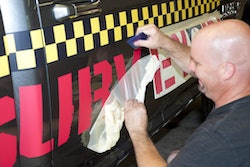