If you focus on high-end homes – as most professional holiday decorators do – having an eye for giving each of your clients something unique is critical.

“They want their house to be the one everyone is talking about,” says Steve Moore, director of franchise recruitment for Christmas Décor, a Lubbock, Texas-based company that provides decorating services.

“Homeowners don’t want straight lights across their house when the next house has the same thing,” says Scott Hesse, president of Omaha, Nebraska-based Holiday Bright Lights, which designs, manufactures and installs decorations. “They want something different.”

This season, something different will likely come in more than two dimensions. Property owners are turning away from flat displays, requesting three-dimensional items instead, Hesse says. Two of Holiday Bright Lights’ top sellers, for instance, are 3-D toy soldiers and nutcrackers which can move their limbs and rotate on pedestals. One striking setup is to position two soldiers so they flank a front door and simultaneously make quarter turns in opposite directions, then face forward again.

Animated lights that twinkle in time to music are one of the latest holiday lighting innovations, Moore says. This will be the first year these lights are available to the company’s franchisees.

Both Moore and Hesse say the majority of their customers select clear lights over colored ones. When property owners choose colored lights, Moore says they are usually for shrubbery and trees, while clear lights go on the house. “Red is going to be very popular” in this application this year, he says. Homeowners frequently ask for green lights in shrubbery as well.

LED lights are the wave of the future, says Blake Smith, president of Christmas Décor. LED lights use 1/10 the amount of electricity incandescents consume and last 10 times as long. Some homeowners also prefer the crisp look of LED lights, which lack the glowing-halo effect of incandescent bulbs.

Last year Hesse introduced a light set with a smart chip allowing a 150-light strand to stay lit if up to 10 lights are out. Another new strand product features green and red lights with four round bulbs on every end. Every five seconds, the red lights switch to green and vice versa.

Hesse says his customers are increasingly asking for greenery to be consistent – both inside and outside their homes. That means homeowners are asking decoration installers to extend their designs to the inside of the house. 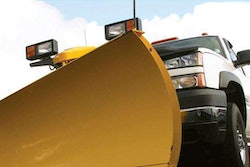