Recently, the folks at Business Insider put together a nicely done and comprehensive article about the skilled labor shortage affecting the construction industry and the impact it’s having on homebuilding.

There wasn’t much new news to be found for those of us who follow these stories on a regular basis. Many of the experienced and skilled workers left construction in the wake of the recession for more stable work and the lack of available tradesmen is translating into homebuilding delays and an inability to meet demand.

However, the article did spotlight a very interesting blog post on CoreLogic written by Thomas Vitlo. It’s a few months old now, but makes a point that is worth thinking about moving forward In the post, Vitlo points out how, since the recession, the trajectories of construction spending and construction employment have diverged greatly, as you can see in the chart above.

Before the recession, there was a clear correlation between spending and employment. As construction demand rose, so did hiring and vice versa. Last year, employment’s failure to catch up to spending was explained by the Washington Post’s Neil Irwin as a case of “labor hoarding.” Irwin wrote that because a lot of firms didn’t fire as many workers as the recession would have justified, they weren’t having to make a bunch of hires to meet demand.

However, Vitlo feels the divergence could be indicative of much more.

Moreover, Vitlo points out that the construction industry’s share of total employment in the U.S. (seen in the chart to the right) fell from 5.1 percent before the recession to 4.1 percent after.

“After the peak-to-trough decline, the share of construction employment has plateaued for the past 50 months,” Vitlo wrote. “There appears to have been a level shift in the data, suggesting that the construction industry is either going through a fundamental change or that it is self-correcting to a more sustainable level of employment.”

There are 5.9 million Americans employed in construction, the highest number the industry has seen since June 2009 when it employed 6 million Americans before the recession hit hardest. The industry’s employment is currently on a two-month streak of gains. February a saw an addition of 15,000 jobs, but January saw a boost of 50,000.

In the last seven years January’s gain ranks second only to February 2007 when the industry added 80,000 jobs. Despite the gains, unemployment has been on the rise for the last three months and is at 12.8 percent. And the industry is still well off the peak it reached in January 2007 when it employed 7.7 million Americans.

If Vitlo is right about a “fundamental change” or that construction is simply undergoing a market correction, reaching that employment number again might not be possible. That would mean the industry will have to adjust to this smaller pool of workers and place even more importance on getting a new generation of Americans interested in the industry to ensure that the workers currently aging out of the industry can be replaced. 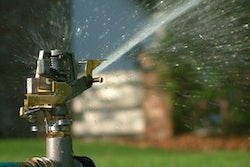 Tips for bringing lawns back to life 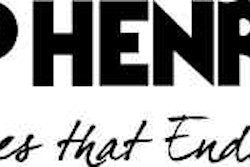 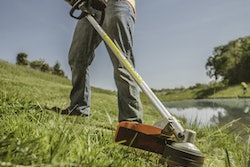 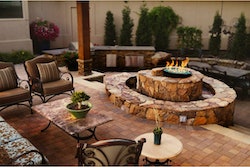