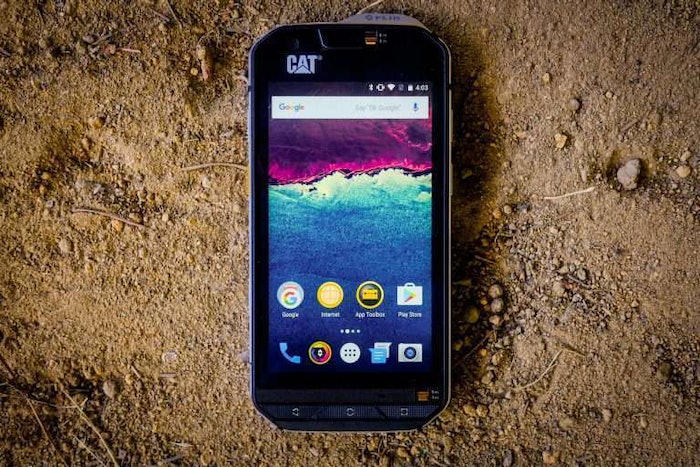 All of the major phone manufacturers have introduced their latest and greatest to the market, which means it’s that time of year again to roundup what I see as the best smartphones those in the landscaping industry can buy.

This year’s list is the strongest roundup of devices we’ve seen to date, so let’s dig in:

Though this phone is more than a year old, the Cat S60 remains one of the more compelling smartphones available to those in the landscaping industry, largely because it’s one of the few designed specifically for them.

With a distinct and nearly indestructible design that can withstand drops and deep plunges into water, the S60 also boasts excellent battery life and snappy performance. But its marquee feature is a built-in FLIR thermal imaging camera. This camera displays temperatures differences in the world around you through nine different filters which differ in the way they lay out cool and hot temperatures.

You can read my full review of the S60 here.

The Pixel 2 represents the smaller device in Google’s second generation of in-house designed Android smartphones. Unfortunately, the larger Pixel 2 XL has been plagued by display issues like unresponsiveness, burn-in and weird coloration, so we’re not able to recommend that model. The Pixel 2 on the other hand has been called the best Android phone you can buy.

The Pixel 2 touts an IP67 rating making it resistant to dust and water. And it combines top of the line internals like a Qualcomm Snapdragon 835 processor and 4 gigabytes of RAM with excellent battery life. Beyond that, many would argue that the Pixel 2 has the best camera on any smartphone available.

You can read a full review of this phone over at The Verge.

The iPhone X is probably the most breakable phone Apple has ever made. Not only is the device nearly all screen, the back of the phone is also made of glass. And with a $1,000 starting price, you might wonder what such a fragile and expensive phone is doing on this list.

For starters, the iPhone X boasts the best cameras ever shipped on an iPhone. There’s much debate over whether the X has a better camera than Google’s Pixel phones, but for the sake of brevity, just know they’re both very, very good. The iPhone X also benefits from better image quality in low light situations thanks to a slightly better rear camera setup than the less expensive iPhones 8 and 8 Plus.

And though the phone is fragile, if you make sure to put it in a rugged case, it might actually be easier to use on the jobsite thanks to a new feature called FaceID. Thanks to FaceID, you don’t have to use your fingerprint to unlock the iPhone X. You can simply raise the device to wake it up, at which point FaceID scans your face and unlocks the phone for you. Unlike the Cat phones on this list, you still can’t use the iPhone X with gloves on, but at least there’s an element of hands-free apart from tapping a notification and swiping up to get to the homescreen.

Speaking of swiping, you’ll be doing a lot of that as it’s the primary way of navigating the iPhone X. Apple has removed the home button with this design in favor of more screen real estate. The result, in my eyes, is a much faster, more intuitive way of finding and navigating between apps. And thanks to the incredible speed of the new A11X Bionic processor inside the X, everything is extremely fluid. In short, if you want a taste of what the future holds for smartphones, the iPhone X is the device for you.

Beyond all of those things, Apple’s augmented reality technology is something to keep an eye on. iOS 11 features what Apple calls ARKit, allowing developers to create software that overlays information and digitally rendered visuals atop a live video feed from your iPhone’s or iPad’s camera. The early results have been simple things like measuring tape apps, but it’s not hard to imagine some really exciting possibilities for more landscape-focused apps.

The S41 is Cat’s best smartphone to date. Though the phone’s camera and performance leave a bit to be desired, the phone has amazing battery life and serious rugged specs.

The S41 has a water- and dust-proof rating of IP68, allowing it to be submerged up to one meter for up to one hour. It’s also rated a Military Standard 810G for withstanding falls from heights up to 6 feet.

The S41 features a bright, 1080p display and an excellent, easy-to-grip design.

You can read my full review of the S41 here. 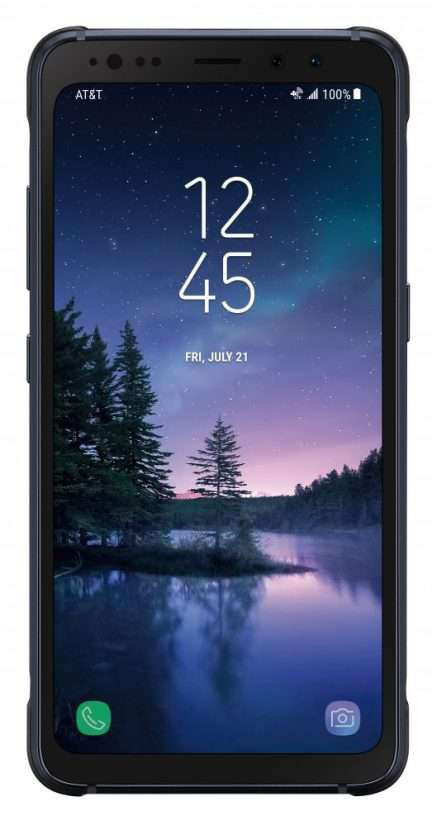 Samsung’s Galaxy Active phones have been a staple on our annual list of best smartphones, but this is the first year that the device has risen to the No. 1 spot, unseating the iPhones 7 and 7 Plus.

The reason? As we mentioned in our discussion of the iPhone X, Apple’s latest and greatest phones have a lot in the way of fragility going against them. The iPhone X and the less expensive iPhones 8 and 8 Plus all have glass backs, as does Samsung’s flagship Galaxy S8. The S8 Active, on the other hand, has a textured plastic back wrapped with a metal outer band. Plus, as you can see from the photo above, Samsung has also included some built in bumpers on the corners. These should not only add to the phone’s grippiness, but also better protect it from drops that directly impact the corners of the device.

The best thing about the S8 Active, though, is that it’s truly a no-compromise device for those working in construction. It offers all of the processing power, the high-quality cameras and the amazing screen found on the regular Galaxy S8 and adds IP68 water- and dust-proofing, like the No. 2 phone on our list, the Cat S41. Another feature it shares in common with the S41 is a Military Standard 810G drop rating.

And though all of these rugged specs add $100 on top of the regular S8 price for a total of $850, the S8 Active does have a much larger battery than its non-rugged sibling. Samsung has stuffed a 4,000 mAh battery into this device and reviews from both Tom’s Guide and Android Central rave about the long battery life it affords you.

In short, if you’re in the market for a new phone and spend most of your work days on the jobsite, there’s no better phone available for you than the S8 Active. If that $850 price tag gives you a bit of pause, give our No. 2 phone, the Cat S41, a look. It offers all of the rugged spec of the S8 Active and a larger battery at nearly half the price, but doesn’t quite match the S8 Active on performance and cameras.