A Michigan construction crew discovered the bones of a mastodon that is more than 11,000 years old while replacing a culvert on August 11 on a drainage project.

The prehistoric creature, which resembles an elephant, was a juvenile mastodon of 12 to 20 years old, according to the University of Michigan’s Museum of Paleontology.

Staff from the museum and staff and volunteers with the Grand Rapids Public Museum have performed a recovery operation of the bones found in west Michigan at the Kent County-Newaygo County border. The remains of the animal, called the Clapp mastodon, will be donated to the Grand Rapids Public Museum for further study and display. The Clapp family lives on the property and donated the bones. 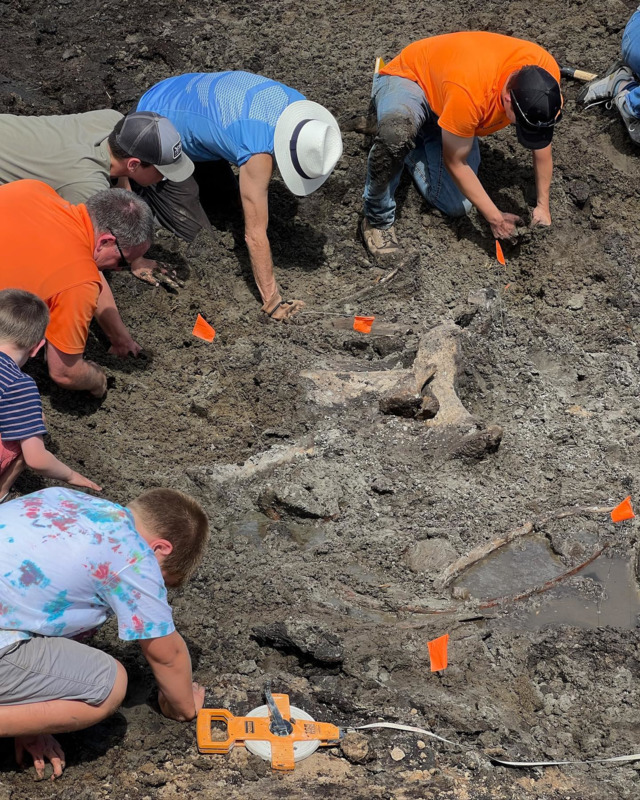 A bone was first discovered August 11 by an excavator operator on the culvert job for a drainage project northeast of Kent City, according to Cory Redman, science curator for the Grand Rapids Public Museum, who led the excavation.

“They did everything you hoped that they would do,” Redman said. “They immediately stopped with the heavy equipment. They recognized that they had something unusual. They reported it to the county drain commission.”

The Kent County Drain Commission then got the word out to Grand Valley State University. The call soon went out to volunteers who descended upon the site August 12 and were able to remove all of the bones by the end of the day, Redman said. The bones are now back at the museum and are being washed. They will later be dried, a process that can take a year to 18 months. Daniel Fisher, professor of paleontology at the University of Michigan, will study the bones before they will eventually be displayed.

Redman was excited about the find for a variety of reasons, including that the bones were in good condition. They were able to recover 40% to 60% of the skeleton. Typically, only about 20% of a skeleton is recovered.

He was also excited to find a juvenile mastodon. The museum currently has bones from two adults.

“I'm super excited about the find,” he says. “My background is paleontology. So this is what I get excited about. But it's really neat how so many other people are equally excited about it. So we'll put it on exhibit as soon as we can, so people can come from the area or all over and actually come see the bones in person.”

He estimates the bones are at least 11,700 years old, which is around the time of the end of the last Ice Age when the mastodons went extinct. He says the bones were not old enough to have fossilized. 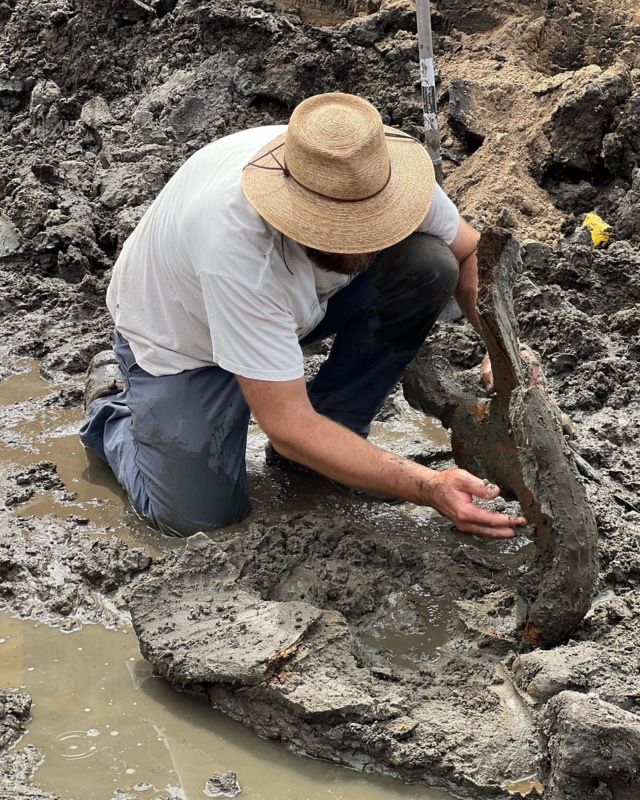 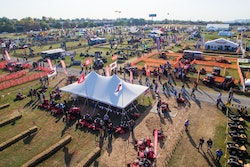 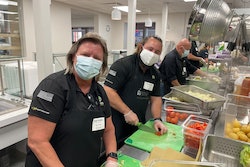 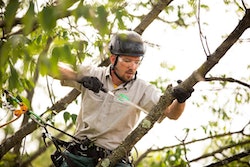