A vehicle remanufacturer in Tyler, Texas, rebuilds fleet vehicles, including trucks and vans, in a short amount of time and can save fleet owners plenty of money.

“The guy or gal who owns a new fleet is going to save half the cost of a new vehicle and run it for twice as long. Someone please tell me what’s wrong with this model,” Vehicle Reman Marketing Director Steve Belden told Hard Working Trucks.

Using a streamlined, assembly line approach inside a spacious 60,000-square foot facility, Vehicle Reman can rebuild an F-150 in about 42 hours (see video below).

A rebuilt engine, transmission, drivetrain, interior and body breathe new life into a vehicle that otherwise may have been traded in or headed for the scrap heap. It’s not only good for the environment, but it offers a second tax break opportunity on vehicle depreciation. Customer specs dictate the level of remanufacturing and thus the cost.

Belden and Vehicle Reman co-founder Greig Latham both have strong backgrounds in the auto industry. Belden started with IBM and went on to own a couple of vehicle tech companies before concentrating his efforts on auto remanufacturing. Latham, an engineer with a background in industrial automation, worked for the federal government for several years remanufacturing various vehicles, including 5-ton transport trucks for Red River Army Depot.

“The U.S. military has been doing this for decades for their own assets,” Belden explained.

Seeing an opportunity in the private sector, Belden and Latham teamed up to open Vehicle Reman.

“It really started with Grieg’s own personal Suburban,” said Belden, noting that Latham ran into challenges rebuilding the SUV. “That’s when he realized that it was a pain to rebuild a truck from scratch, because he realized he had to go to so many shops: Get a motor, get a transmission, get a transaxle, get body work, get interior … he thought it was crazy.”

Borrowing on a successful military model, Vehicle Reman performs its rebuilds under one roof, including body work, and has plenty of room for expansion.

“The only thing that we don’t do right now under roof is remanufacture motors and do the interior. We’ve got a local interior shop that is literally a stone’s throw away, but we have the space in the building to do both,” Belden said. “We’ve set aside an engine shop and we’ve set aside an interior shop, so with increased volume we will bring in both of those profit centers under the roof.”

Remanufactured engines come from ATK North America, the largest engine remanufacturer in the nation. Turns out, they’ve got a satellite location on the east side of Tyler not too far from Vehicle Reman.

“We married up with ATK pretty quickly – high quality with a solid warranty behind their manufactured motors,” Belden said. “Until we get the volume, we’re using them for motors.”

Vehicle Reman will also buy vehicles to rebuild and put up for sale. Of particular interest are Ford pickups with a 7.3-liter PowerStroke diesel engine. Those trucks have driven plenty of traffic on their web site.

“Anytime we conduct tours on Tuesdays and Thursdays and bring in lunch, the receptivity is at a 100 percent for those who show up and walk through the place,” Belden explained. “Their first response is, ‘I’ve never heard of it.’ And once when they arrive they look at it and to a person they’ve been impressed.”

And check out this video about the process: 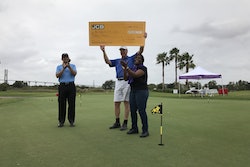 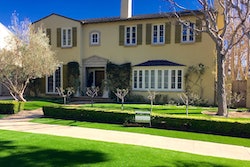 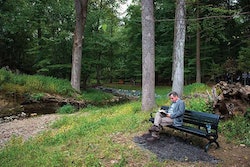 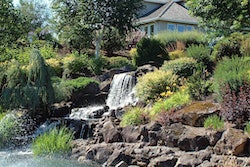