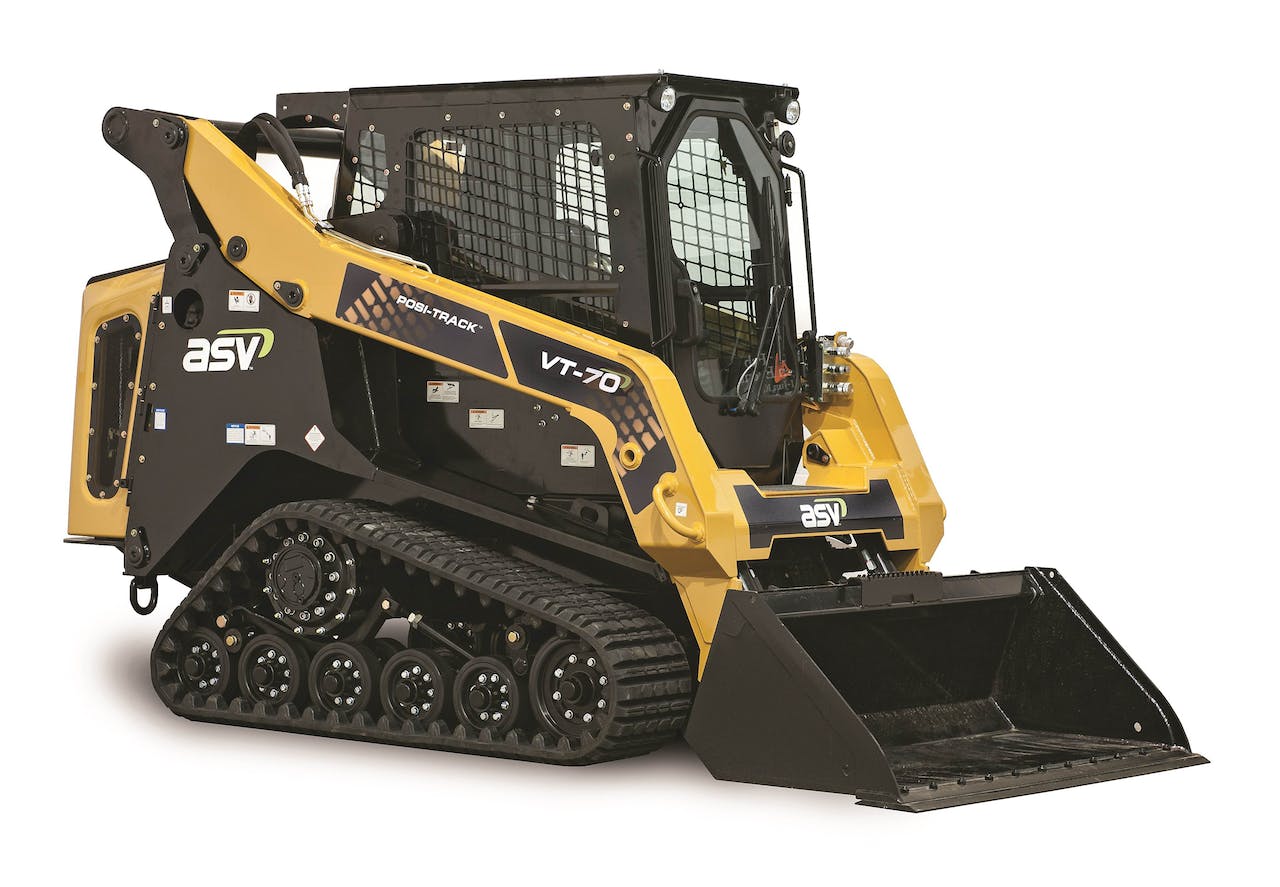 The machine features a vertical lift loader linkage for applications requiring extended reach and level loads, such as loading pallets and handling hay bales. ASV says the VT-70 is best-in-class for rated operating capacity, cooling systems and hydraulic efficiency. The CTL is ideal for lift, carry and load tasks, the manufacturer says, but also for heavy digging.

ASV will showcase the VT-70 March 7-11 in the Manitex International booth G4464 during CONEXPO-CON/AGG 2017 in Las Vegas.

“Our mission is to offer our customers the best, highest-performing machines for all of their jobs,” said Jim DiBiagio, ASV general manager. “That’s why we’re offering the vertical-lift VT-70 in addition to our existing, full range of radial lift machines.” 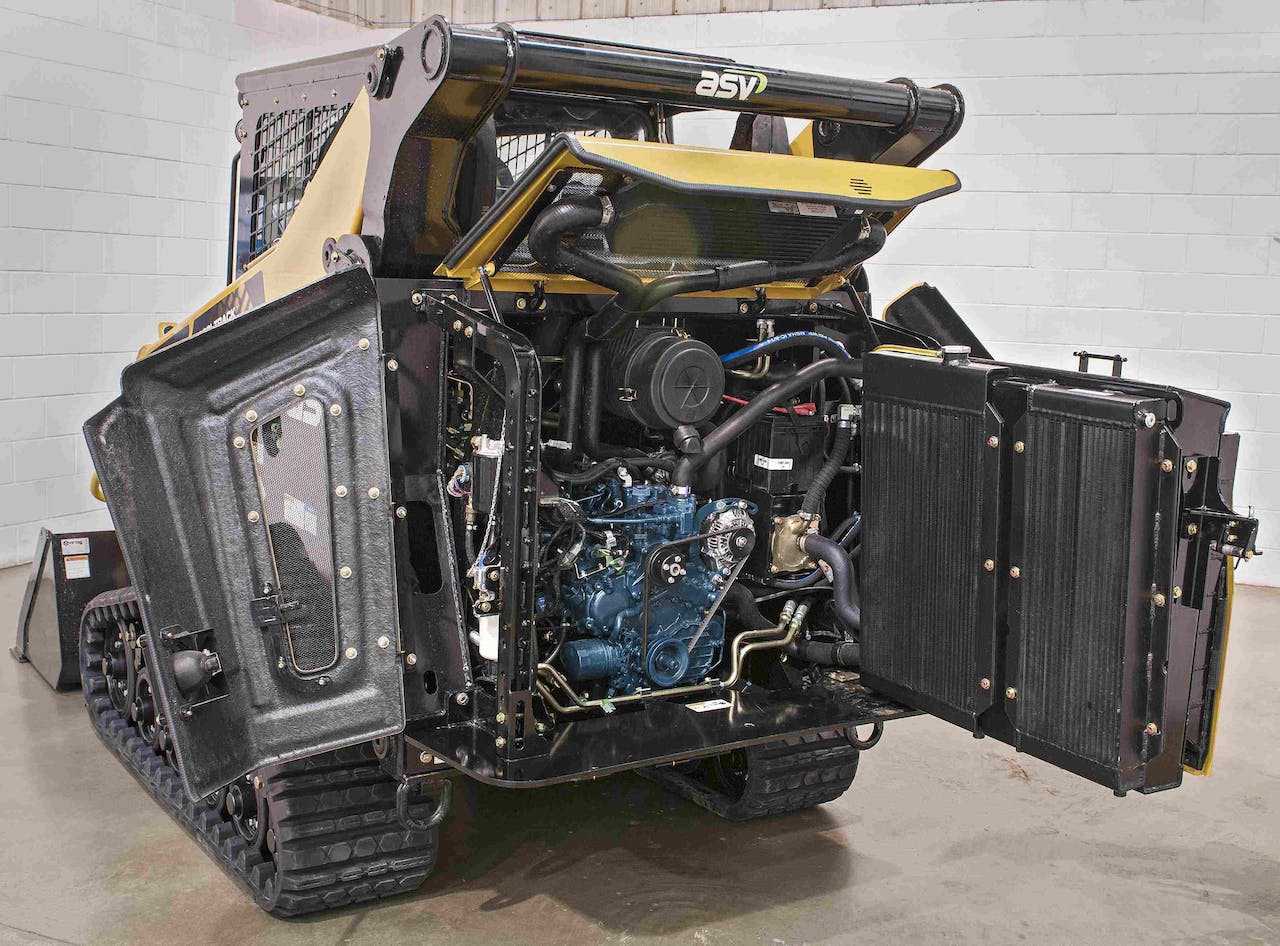 ASV says its new CTL boasts industry-leading serviceability. The VT-70 features a swing-out door and cooling system along with a three-panel hood arrangement that allows access to the engine, filters and other checkpoints.
Photo: ASV

The new CTL’s undercarriage is equipped with ASV’s patented Posi-Track rubber track suspension. The single-level suspension is made up of two independent torsion axles per undercarriage, allowing for a smooth ride over most terrain and speeds as fast as 11 mph.

The VT-70 also includes ride control that dampens the load in the bucket to limit material loss and improve operator comfort, ASV says.

The VT-70 has a rated operating capacity of 2,328 pounds and a tipping load of 6,650 pounds. It is 66 inches wide and has a 10.5-foot lift height. It’s equipped with standard joystick controls, while a self-leveling system allows attachments to stay at a set position while lifting.

ASV says operators can use the unit with all standard attachments, such as pallet forks, buckets, snow blades and brush cutters. An optional turf track allows for operation on highly manicured surfaces with minimal risk of damage, according to the manufacturer. A 16.5-inch aggressive track is also available for a lower ground pressure (4.2 psi) along with increased traction and flotation. 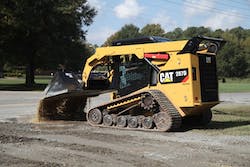 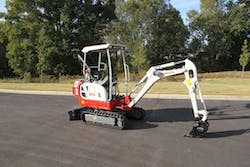 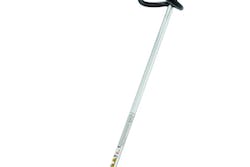 Dedicated bed redefiner is a STIHL first for landscapers 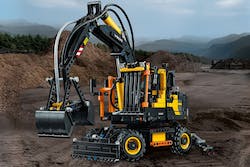