Project EverGreen has announced the dates of phase II of the Pingree Park makeover will take place June 8-9.

The park is located on Detroit’s east side and it experienced some major upgrades in November last year during the first half its renovation project.

Restoring the park not only increases the environmental benefits of the place but also boosts the health and wellness of the neighborhood and its residents.

The project is a collaboration between the City of Detroit, Project EverGreen, local businesses and green industry suppliers who are working to provide green spaces for people.

“Pingree Park and the people living in the surrounding community are the real winners,” said Cindy Code, executive director of Project EverGreen. “With generous financial and in-kind support, this park will get a much-needed facelift. The improved park space will result in a greener, healthier, cooler park, functioning as the lungs of the neighborhood.”

Magna International donated the initial seed money and Lear Corporation, Quicken Loans and Meijer have joined since then, raising a total of $176,000 for the Pingree Park project.

At Virginia Beach, Virginia, Stihl Inc. recently celebrated the start of construction for a new administration building and other campus improvements at a groundbreaking ceremony.

Stihl Inc. is the headquarters of the U.S. operations for the worldwide Stihl Group and the building project is part of the company’s investment in growing U.S. operations.

The administration building is a $25 million-dollar project and it will also include improvements of an outdoor demo area for hands-on training, enhancements of the entry guard house and improvements to traffic flow and security at the main entrance gate.

“Stihl Inc. has enjoyed more than 40 years of growth and expansion in Virginia Beach,” said Bjorn Fischer, president of Stihl Inc. “This groundbreaking is a sign of our confidence in a continued positive economic environment for modern manufacturing in the City of Virginia Beach and signals our ongoing investment not only to the region but our network of more than 9,000 servicing dealers and their customers.”

Since the campus was formed in 1974, it has grown from a single 20,000-square-foot rented warehouse to over one million square feet of manufacturing and administrative space across more than 150 acres.

The building is expected to be completed mid-2019.

While Fletcher Steele will remain president and CEO, he will focus on strategic issues facing the company and Walt will handle the day-to-day operations.

Walt Steel is a 2005 Clemson University graduate with a Bachelor of Science in industrial engineering. He joined the company in 2011 with his most recent position being paver business manager. He has also worked at Dow Chemical, Aqua Treat Chemicals and Cardinal Health.

“I’m excited for the opportunity to lead the company and I feel fortunate that we have such a talented management team to work with in order to reach our growth objectives for the future,” Walt Steele said.

Part of the growth will come from new business initiatives like the thin brick products, ThinClad and PaverTiles.

“As we move toward the 100th anniversary of the company in 2022, it’s important that we have a management team in place that has the energy and capability to grow the company well into our second century of operation,” said Fletcher Steele. “I’m comfortable that the steps announced today will set the stage to make that happen.”

Environmental Science, a business unit of the Crop Science division of Bayer, has appointed two employees to its marketing team for the Turf & Ornamentals business.

As turf & ornamentals product manager, Brugman will collaborate with the broader product management team on the planning and implementation of strategic marketing plans addressing the needs of Bayer customers. She has been with Bayer since 2014.

Brugman has a Bachelor of Science and an MBA from Iowa State University.

“Bayer has a lot of momentum after having just launched several innovations in the T&O market,” she said. “It’s an exciting time for Bayer and I’m thrilled to be collaborating with a diverse team to bring even more innovations to our customers.”

Meanwhile, McFee will work with product development, regulatory, supply chain and customer service teams to gather customer insights and develop marketing plans for the herbicide portfolio. She has been with Bayer for five years and has a Bachelor of Business Administration in marketing with a minor in communications studies from the University of Iowa.

“We’re thrilled to welcome Kayla and Alison to our team,” said Glenn Rougier, head of marketing for the Bayer Turf & Ornamental business. “With extensive backgrounds in customer analysis and strategy, as well as deep industry expertise, both are uniquely positioned to understand core customer needs and lead short- and long-term marketing plans that deliver the best possible value to our customer.”

Ewing Irrigation & Landscape Supply has hired Phil Kerchner to serve as the Northeast/Mid-Atlantic regional manager as the company expands its geographic reach and service areas.

He has more than 35 years of experience in the green industry. Most recently he worked as the business development director for Vista Professional Outdoor Lighting.

In his new position with Ewing, Kerchner will aid in expansion efforts, selecting and opening locations, hiring teams and developing Ewing’s awareness. His region is from Virginia to Maine

Kerchner has a Bachelor of Science in agriculture and forestry from West Virginia University. 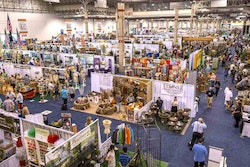 The importance of exhibiting at trade shows 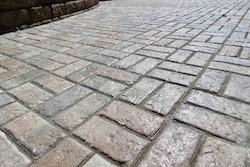 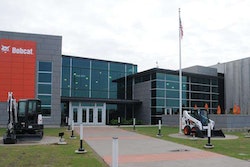 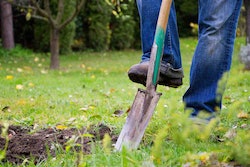 Before you shove in a shovel, call 811 to avoid trouble