As fall sets in, it’s time to begin the processes of aerating and overseeding your customer’s landscape.

With the constant use a lawn experiences during summer, it’s important now to give the lawn the care and attention it requires to establish a healthy root system and allow water and fertilizers to reach the roots.

Take a look at how you can explain to customers the importance of aeration and overseeding, along with the benefits associated with these practices.

During summer, clients and their families will take full advantage of their yards by playing, mowing and working on the lawn, which ultimately compacts the soil beneath the turf. This causes the roots to not grow as effectively because they remain near the surface and are more prone to drought.

Technically speaking, Blewett says aeration is defined as the naturally occurring process of air exchange between the soil and its surrounding atmosphere.

Practically speaking, he says it’s defined as the process of mechanically removing small plugs of thatch and soil from the lawn to improve the natural soil aeration.

“Thatch provides a desirable environment for turf insects and diseases,” says Rob Elder, owner of Omaha Organics. “It also promotes shallow grass rooting by limiting root and rhizomes penetration into the soil. In most cases, it will not allow new grass seeds to have seed-to-soil contact for proper seed germination. Thatch levels also prevent fertilizers from reaching the soil.”

Aeration is important in both the spring and the fall, but for customers with cool-season turf, fall is the better choice. This is because fall is when these grasses will be increasing their root zones to prepare for winter. The process of aeration will open the root zones, allowing new growth.

Ideally, experts recommend aerating your customer’s lawn at least once a year. This should take place between August and November, but if your client’s turf is used more heavily or is growing on subsoils or heavy clays, it may require extra aeration in the spring.

Pricing can vary depending on the location and project at hand, but Blewett recommends keeping the following numbers in mind when discussing pricing with a client.

“Homeowners can expect to pay anywhere from $.15 to $.35 per square foot to have their lawn aerated,” Blewett says. “Rental fees for an aerator vary but expect to pay $65 to $200 for a day’s rental.”

Overseeding, according to Blewett, is the planting of grass seed directly into existing turf without tearing the turf or the soil.

This process gives your customer’s lawn thicker growth, a greater resistance to drought and disease and better color.

“Overseeding newer turfgrass varieties into an older lawn can help it better withstand insects, disease, drought, shady conditions and heavy traffic,” Blewett says. “The investment in overseeding pays off by reducing the amount of fertilizer, water and pesticides required. Most importantly, a renovated lawn stays greener and looks thicker and healthier.”

“Just like everything else, grass ages and reproduction rates slow,” Elder says. “Thinning grass allows room for weeds to grow. Overseeding cycles in new grass to compensate for the natural slowdown of the turf’s reproduction and ensures your lawn stays thick and dense. Thick grass is less susceptible to weed growth.”

Blewett says, like aeration, costs for overseeding can vary from lawn to lawn, but typically, customers can expect to pay around $.05 per square foot.

For landscapers new to the field, Blewett recommends making sure these services are included on their roster. His first piece of advice is to educate yourself and completely understand the benefits of these services, as that will help you be more successful in selling them.

Secondly, he advises getting familiar with the necessary equipment required to get the job done. For Blewett, the most reliable machines he’s used for these projects were the Ryan Lawnaire IV and V walk-behind aerators, the ZTS stand-on aerator and the Ryan Mataway overseeder. 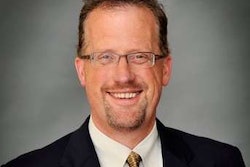 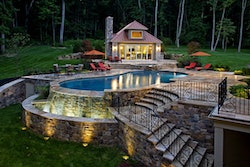 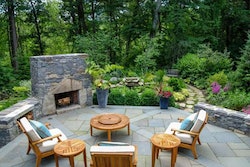 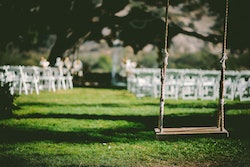 Should you say ‘I do’ to outdoor wedding prep services?